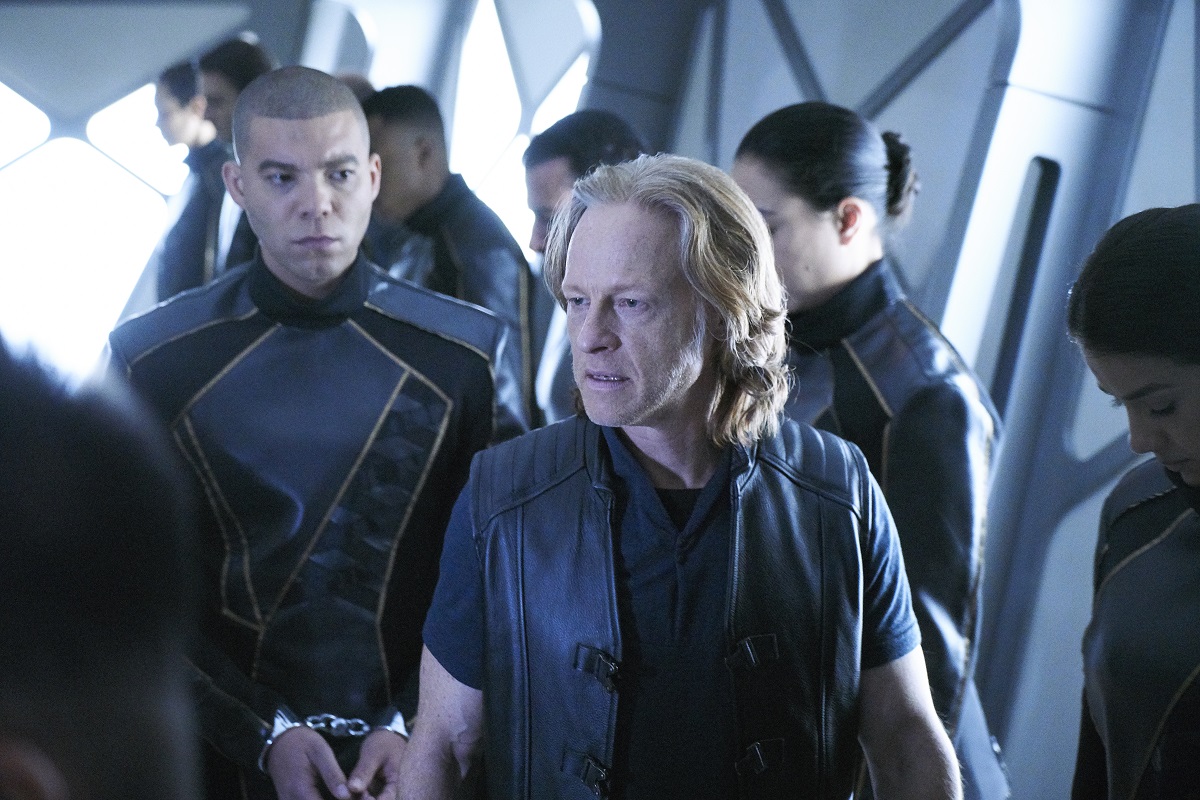 Showrunner Adam Barken teased tomorrow’s new Killjoys, which he wrote (directed by executive producer Stefan Pleszczynski), as “Ocean’s 11 meets Altered States,” and I think that pretty much covers it, but that doesn’t tell you how bonkers and fast-paced and also quietly lovely it is.

“Greening Pains” finds Zeph and a restored Johnny evaluating anomalies in Lucy’s newest resident, which begets a hunt for a black market miracle via one of Pip’s old contacts. Pip also finds that pesky spider throwing a wrinkle in things.

Once our heroes assemble for a field trip, D’av goes to extremes when an opportunity presents itself, tapping his inner rage for a cathartic beat down. Lucy also makes a new friend and works out some of her abandonment issues from Johnny’s hiatus.

Over at the Armada, Turin’s in a pickle of his own when his “dolls” start waking up, but he gets an unlikely assist that may well make his heart grow two sizes. Pree decides to head back home to his man, who’s found some trouble of his own in the Quad, working alongside Fancy to solve a mystery and finesse Fancy’s investigate methods.

The quiet moments come from Dutch and D’av feeling their way around her return and his fatherhood, and Delle Seyah and Johnny, who now have something in common with their restored humanity. And Johnny and Dutch start to unpack the secrets in Khlyen’s story.

Killjoys airs Friday at 10 pm/9c on Syfy and Space Channel. The first four episodes this season are online at both sites and on their apps. All of our Season 4 coverage is here. Here’s a sneak peek of “Greening Pains.”

Who Do You Think You Are Season Finale Preview: “Minnie Driver” [VIDEO]

The Knick Preview: “The Busy Flea” [VIDEO and PHOTOS]