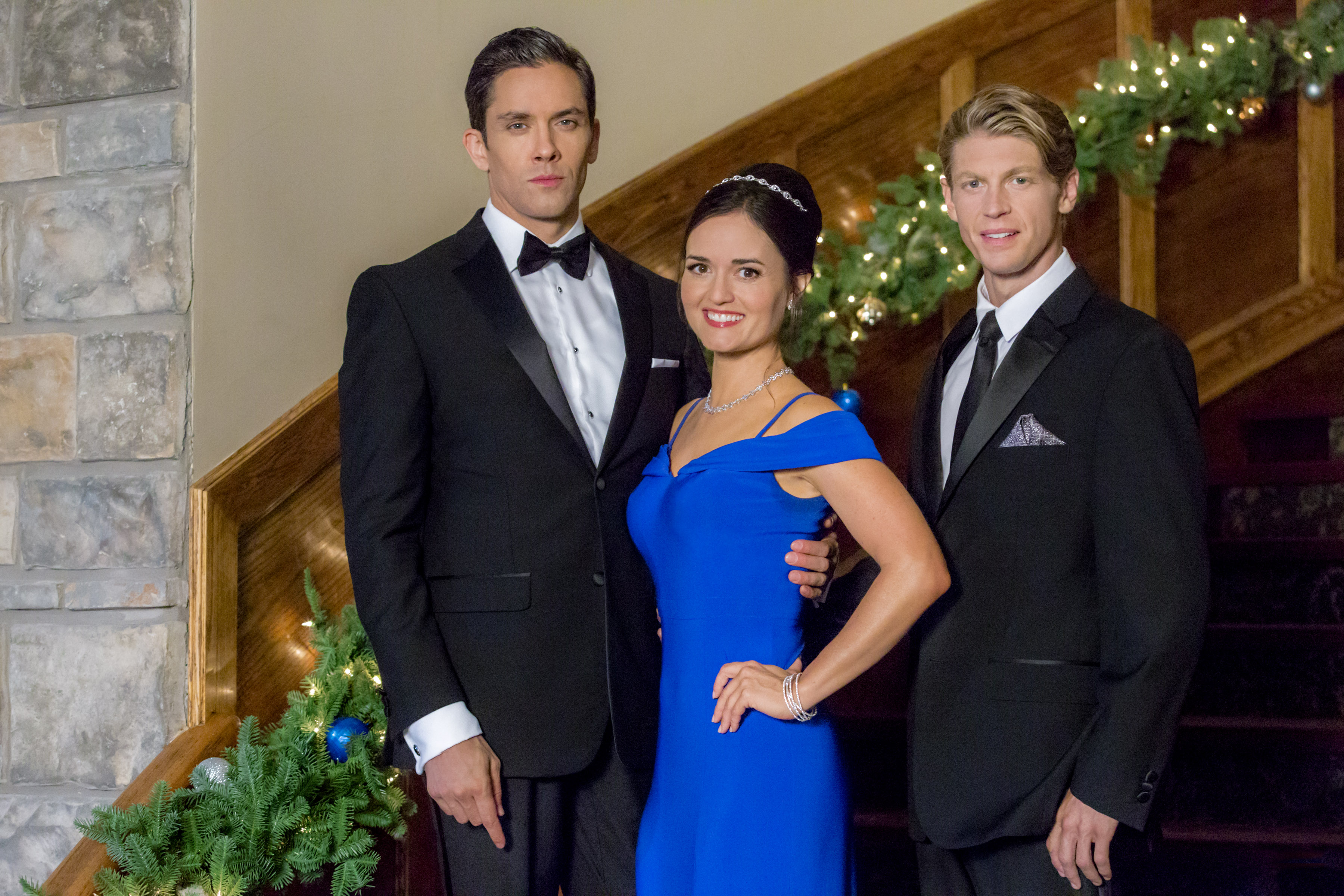 Thanksgiving week has arrived, and with it, you have five more holiday movies to choose from! Here’s the lowdown on four of them. I’ll be back later tonight with an exclusive Ali Liebert interview about the fifth, A Gift to Remember. The premiere dates and times are noted below, but all of the films will repeat through the end of the year. Click through on the movie title for complete network schedules.

Danica McKellar stars in an adaptation of Jenny Hale‘s book. Here she playsÂ Lizzie Richfield, who lands a job as a house manager for the sale of the exquisite Ashford Estate in the Virginia countryside. As Lizzie plans one final Christmas Eve gala for the estranged Marley family, sheÂ finds herself drawn to Robert (The Mysteries of Laura‘s Neal Bledsoe) â€“ even as his brother,Â Kip (Chesapeake Shore‘s Andrew Francis), pursues her. Can she navigate her suddenly complicated love life while helping mend family feuds and maybe teaching all the true spirit of Christmas?

Julie Benz stars as Gold Star military widowÂ Amanda,Â whose faith in Christmas has lapsed until sheÂ rents an apartment to Master Sergeant Jim Mullins, (Michael Shanks), who is recovering from aÂ combat injury. His faith in Christmas restores her ownÂ as she falls in love with him and they team upÂ on aÂ Christmas fundraising event to save the townâ€™s military museum.

Based on a book by C.J. Carmichael, the film is the story of single mother and healthcare worker Willa Fairchild (Autumn Reeser), who inherits a sum of money from one of her patients, along withÂ a directive to take a holiday vacation with her son,Â ScoutÂ (When Calls the Heart‘s Liam Hughes).

They head to picturesque Bramble, Oregon and find that the other guest at thereÂ is Finn Knightly (David Haydn-Jones), the illustrator ofÂ Scout’s favorite book series.Â There’s more to the story of his identity, and thatÂ  complicates hisÂ possible romance with Willa. The cast also includes Cedar Cove‘s Teryl Rothery, Van Helsing‘s Hilary Jardine, and one of my faves, Andrew Airlie.

When Emily (Laura Bell Bundy), a struggling baker in a small town, receives a handmade Christmas Calendar from a secret admirer, the local residents become obsessed with finding out the identity of the sender. Brendon Zub (Sleigh Bells Ring and Hearts of Christmas) and Paloma Kwiatkowski (Bates Motel) also star.

Nashville to End after Season 6