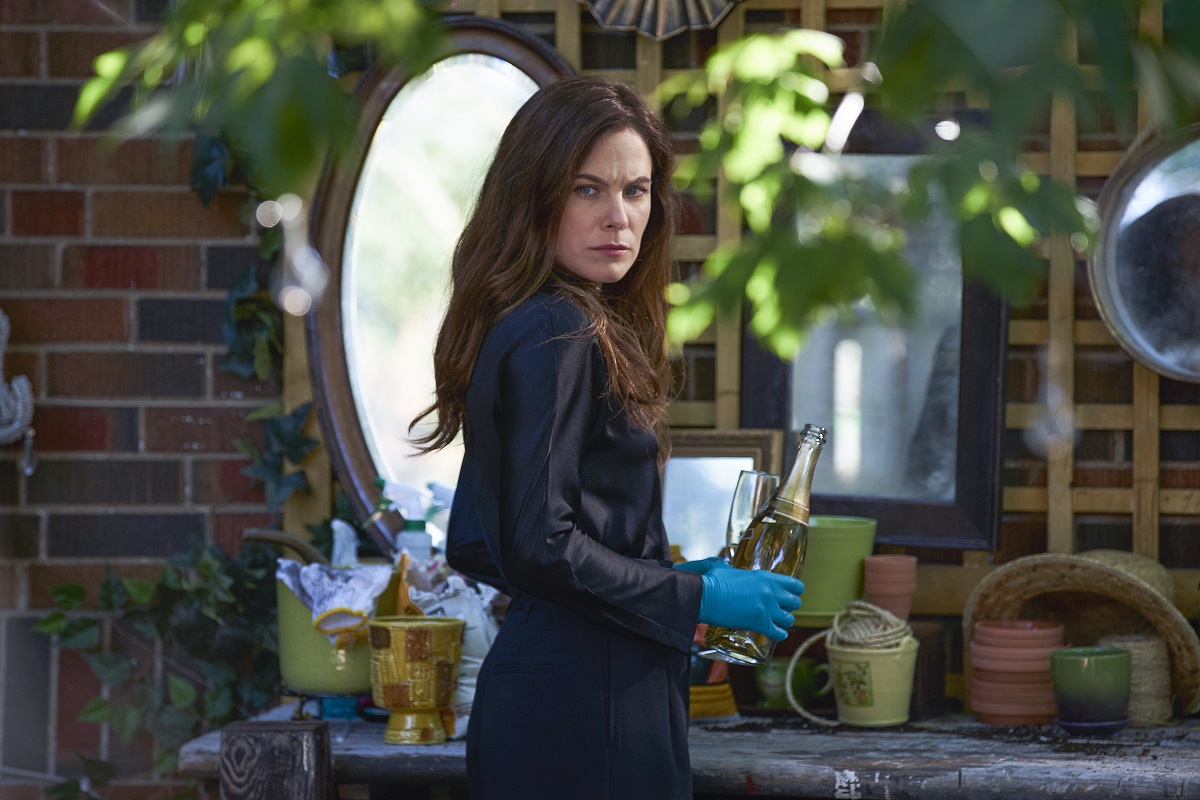 When your season is only six episodes long, you can’t afford to bide your time on the teases, and so, just two episodes into season two of Mary Kills People, Mary has no choice but to deal with Olivia head on.

We find out, as does Mary, that the crazy runs deep in their family and Olivia’s just as prone to impulse and violence as her late brother. While that’s hanging over Mary’s head, she’s also trying to stay the course with her side hustle now that she’s on her own without Des. That begets us an operatic cold open with Mary in a knockout red dress.

Annie and Nicole flat-out refer to Mary and Des’s split as a “break up,” which tells us they think of Mary and Des in pretty serious terms as a pair and, perhaps, that they’ve seen this before and there’s a scoche of disbelief this one will hold. Nicole explores the idea of joining the family business and finds the reality a little more overwhelming than the theory.

Des tries his hand as a solo entrepreneur, with mixed results, while still holding onto his plans for a formal retreat. He also meets Olivia with the intent to defuse her, which doesn’t go his way.

Jess distances herself from Naomi in favor of new friend, Heather, but Naomi learns some damning intel via Louise’s recklessly (or intentionally) handed off breakup box of stuff, so it’s not a terrific time for that friendship to cool. And Mary’s attempt to acquiesce Olivia gets sidetracked when Ben resurfaces. We’ll see where that goes.