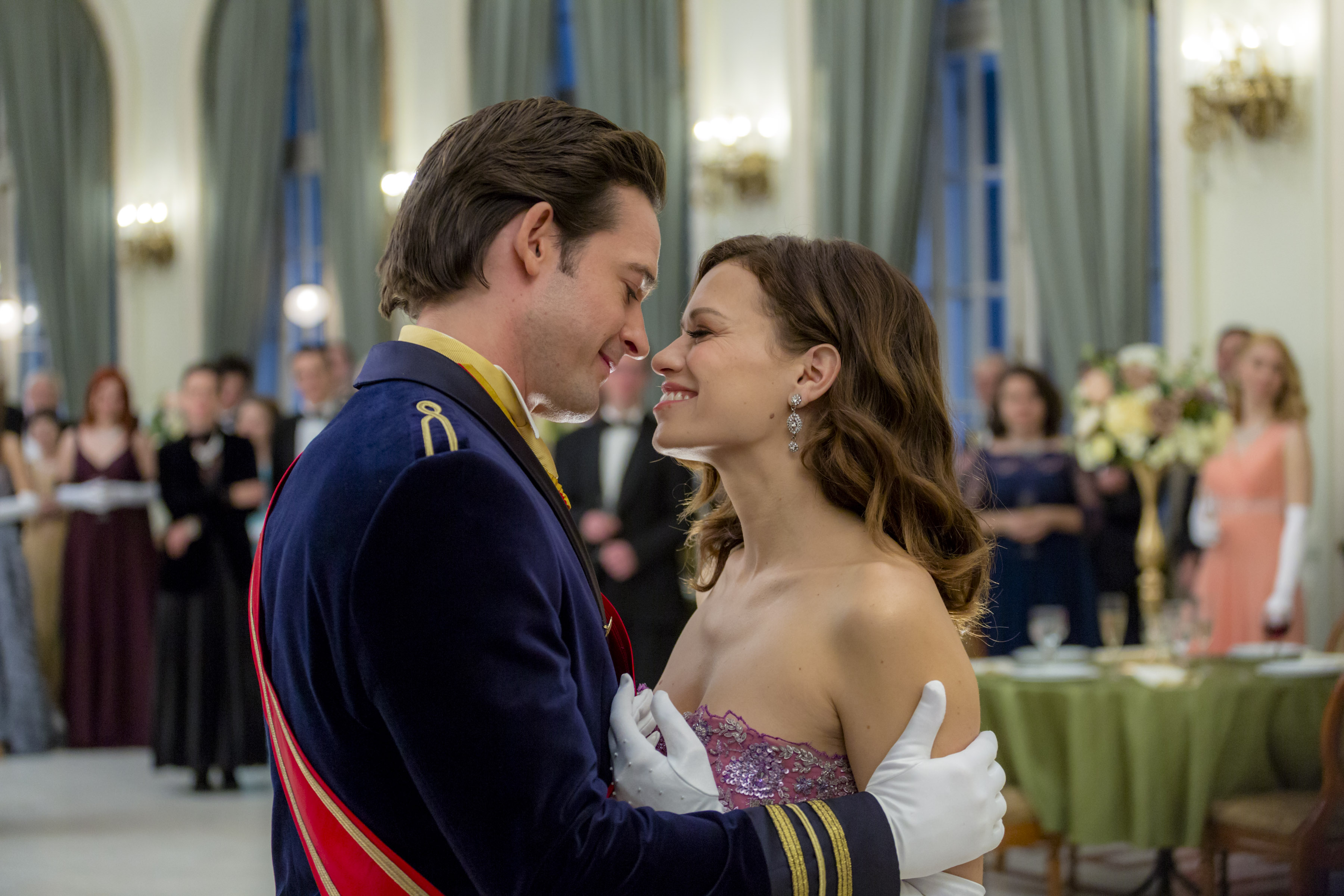 Joy Lenz (minus the Bethany) is back on our TVs three months after the delightful Snowed Inn Christmas in Hallmark Channel’s timely romance, Royal Matchmaker, starring opposite Reign and GG2D‘s Will Kemp as a matchmaker hired to pair up a crown prince when the obvious choice is closer than she might think.

Matchmaker Kateâ€™s reputation as the â€œQueen of Heartsâ€ reaches King Edward of Voldavia (Jupiter Ascending‘s Simon Dutton), who hires her to find his son, Prince Sebastian, a bride. Sebastian’s not really game for it until he finally opens up to Kate, and then she finds her professional interest in him turning personal. Determined to honor the job she came to do, she introduces him to Petra (Striking Out‘s Elva Trill) and is heartbroken when they seem to click.

It’s another sweet, fun nod to the renewed interest in the royals (which Hallmark never ebbed on, if we’re honest) with unrequited love, mistaken intentions, and of course, a fancy ball. The latest in the set-and-filmed-in-Europe series, the movie shot in Bucharest, Romania (where last month’s Royal Hearts was filmed).

The Alienist Season 1 Finale Preview: "Castle in the Sky"