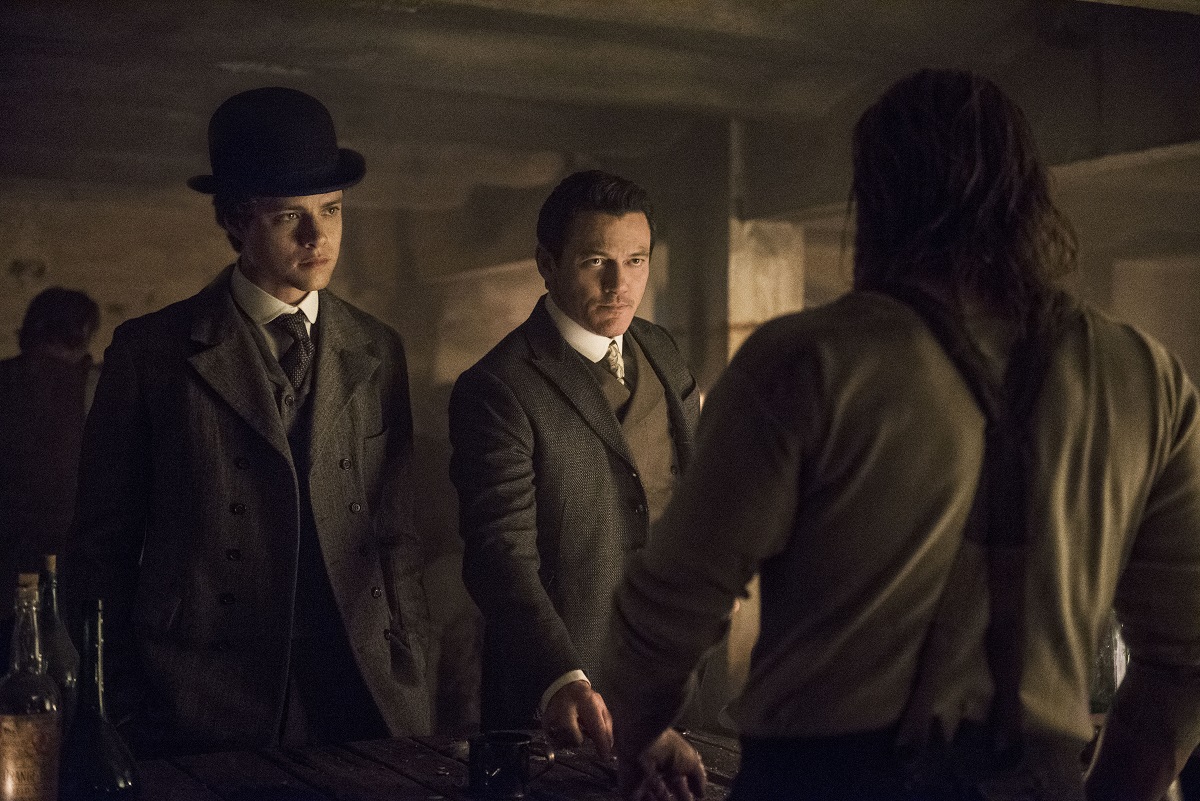 With only two episodes remaining in The Alienist, the team gets down to business this week with some old-fashioned, boots-on-the-ground detective work.

Kreizler sits out most of the episode, rightfully grieving Mary’s murder, while Cyrus and Stevie wrestle with grief as well as their own assaults. The Isaacsons formally inquire Connor’s accomplice about what went down and are met with lies, and Roosevelt handles an interrogation of his own.

With Kreizler choosing to abandon the case, Sara, Moore, and the Isaacsons move headquarters and keep on with it, well aware that they’re facing a countdown to the next holy day. Moore also reaches out to his young street friend, Jospeh, to reiterate his warning.

It’s fascinating to watch the foursome follow Beechum’s trail in a city the size of New York when they don’t have a photograph and are left to rebuild his history to find him. It also gives Moore a chance to really see Sara and what she can do, without the shadow of Kreizler hanging over them. One note: there are some more unfriendly animal scenes in this one.

Connor is still lurking about, and making the case for somebody, anybody, to kill him. I do hope we get to the bottom of who he and the ex-chief are acting in the service of, because I’m still not sold that Morgan is involved in their murderous free rein.

As for Kreizler, he falls into a very dark place upon losing Mary, walling himself off at home, and it’s interesting to see the case progress without him. He led the team to the edge of all the discoveries and then handed it off, and they run with it. I’m curious to see whether or how he reintegrates in the finale, since he’s ostensibly the main character.

The Alienist airs at 10 pm/9c Mondays on TNT. If you missed an episode, they’re all online at TNT. Here are a couple of sneak peeks of “Requiem.” I really hope they decide to do a second season, and it’d be aces if we knew for sure before next week’s season finale.