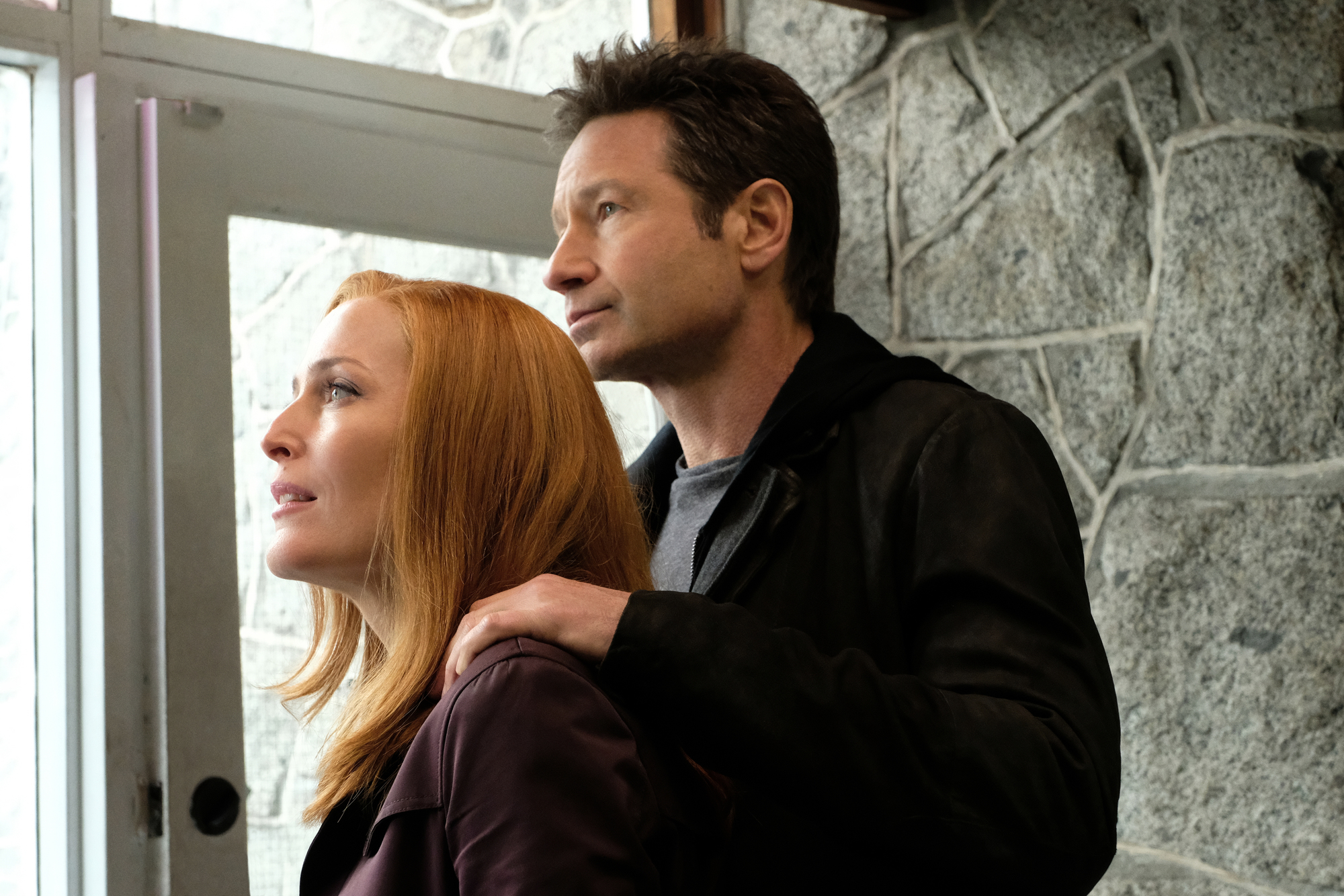 James Wong gets his crack at writing and directing this season with the excellent, “Ghouli,” which starts off as one thing and becomes something else entirely.

Initially a riff on a Slender Man type scenario that leaves two girls wounded by each other’s hand, the case is picked up by Mulder and Scully when she has a paralysis dream that summons her to the scene of the crime. The detective in charge (Motive‘s Louis Ferreira) welcomes the help but doesn’t think there’s anything spectacular going on.

The girls survive and weave similar tales that put them on the trail of Jackson (Miles Robbins), a young man who may or may not be William, if we’re to believe what Pender told Scully in the premiere. Their pursuit also brings two DoD agents (Ben Cotton and Zak Santiago) calling, which is a big clue that they may be on to something.

Of course, we and Skinner know, via the season premiere that the truth is actually exponentially more complicated and nausea-inducing. Just the presumption that this is William sends Scully spiraling in a scene that will likely be,Â or should be, Gillian Anderson’s Emmy reel for Season 11. It’s been a long time coming for the OG fans, and it begets more lovely moments between Scully and Mulder.

It also sets the stage for the mega rug pull when CSM finally reveals what he did, or Skinner finally can’t hang onto that secret anymore. For now, though, it paints an interesting picture of the life of an extraordinary child planted in the ordinary suburbs with no exact knowledge of his origins, but no less motivated to exercise his unique skill set.

This episode is the halfway point for the season, so I expect we will see hm again. I hope so. I definitely enjoyed the Canadian contingent of guest stars, plus The Expanse‘s Francois Chau as a stranger who drops in and out with pearls of wisdom for Scully.

The X-Files airs Wednesdays at 8 pm/7c on FOX. Here are a couple of sneak peeks. If you really want to be super spoiler-free, I suggest you skip them and just enjoy it live. YMMV.

They're Back! Killjoys Starts Filming Season 4

Lucifer is In It "Til Death Do Us Part"