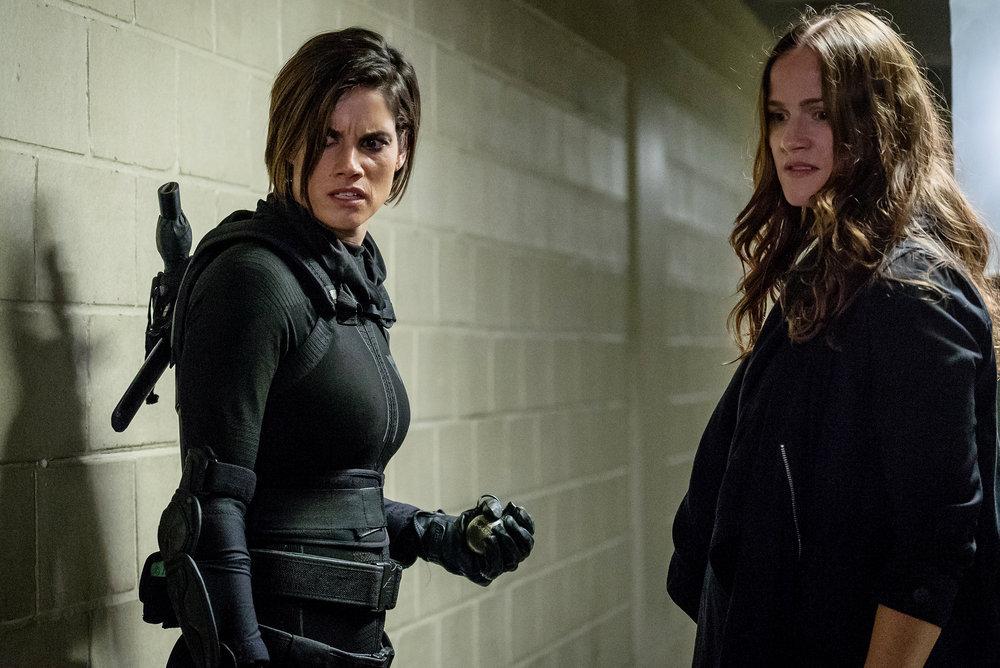 Missy Peregrym is a fan favorite from her six-season run on ABCâ€™s Rookie Blue and since that series wrapped in 2015, sheâ€™s guested on shows as varied as Motive, Law & Order: SVU, Saving Hope, The Night Shift, and Ten Days in the Valley. Thursday night, she joins the second season of Syfy’s Van Helsing as Scarlett Harker, a potentially powerful weapon against the vampires, in an arc that will run through the rest of the season.

I chatted with Peregrym last week about the show, and Iâ€™ll have pieces of the interview in the coming weeks. In this first installment, she talks about her character and getting involved in the show.

Outside of Backcountry, a horror film set in the woods that she did a few years ago for Rookie Blue co-star Adam MacDonald, she hadn’t really done horror, but Van Helsing was an appealing alternative to her usual roles. “There was an offer that came through. I read the episodes. They gave me a few just to get an idea of my character. I had not seen the show before, so I bought it and watched [but]Â I couldnâ€™t watch further because I found it really gory,” she says. “Itâ€™s not really my thing. I got the gist and thatâ€™s all I really needed.”

“I ended up talking to [series showrunner] Neil LaBute. It was such a great conversation. He was so fired up about it. He knew where he wanted to take it. He couldnâ€™t promise me I wouldnâ€™t be a vampire, because thatâ€™s what I was begging to not be. No promises. He was so passionate about it and I was in. I was like, ‘This is great.’ He had nothing but great things to say about the cast so I wanted to be a part of it.”

Peregrym’s character, Scarlett, is a counterpoint to Kelly Overton‘s Vanessa, and she loved creating a role that was a little different from the series’ heroine. “I have some trouble withÂ [this] world and how dark is. Itâ€™s so twisted. When I read the scripts, I was like, ‘OK, Scarlett isn’t like that, really,'” she says. There was just some humor to her. I appreciated the tone that they had written her with. I wanted to bring more of that to the table.”

“Thereâ€™s such an intensityÂ to the show with Vanessaâ€™s character and there has to be. Sheâ€™s been betrayed, sheâ€™s had her daughter taken from her Thereâ€™s so much grief and a survival thing that gets unleashed in her. Sheâ€™s not been trained the way I have. I was really excited to play something a little bit opposite of that and bring a little bit of lightness to the situation.”

Here’s the logline for tonight’s episode, “Veritas Vincit” â€“ Vanessa’s past rushes back to confront her in an unexpected way. A secret that Doc has been protecting is revealed. In a bid to bolster his power, Dmitri sends Scab on an impossible mission.