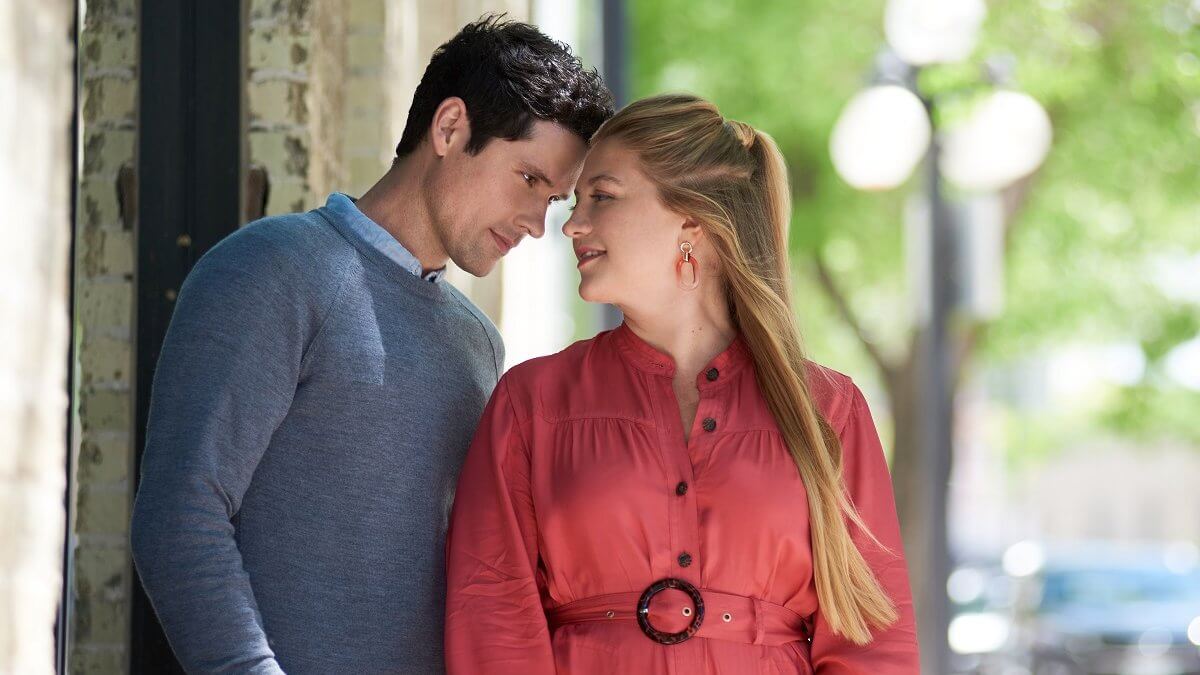 Saturday night on Hallmark Channel, Romance in Style puts a new spin on Cinderella with the story of Ella (Jaicy Elliot, in her network premiere), a budding fashion designer who freelances sewing for other designers. She seizes on the opportunity to make her move–and her mark–when she crosses paths with publishing heir Derek (Benjamin Hollingsworth in his second Hallmark Channel outing after last weekend’s A Splash of Love).

Set in NYC just before Fashion Week, the film also taps The Devil Wears Prada for its tale of a working-class woman who raises the ire and envy of Claudia, “The Look” magazine’s editor-in-chief (Laura Soltis, who funnily enough was also in A Splash of Love and lands somewhere between Miranda Priestley and the Wicked Stepmother) and her assistant Liza (Jorja Cadence, channeling Emily Blunt and a wicked stepsister vibe).

When Ella and Derek have their meet cute, she’s assertive and calls him out on his behavior in a coffee shop, only to find that he’s the top guy on the ladder at her next freelancing gig, sewing for her roommate, Katie (Connie Manfredi), who works at the magazine. Derek isn’t used to people who don’t fawn, so he’s immediately interested in what she has to say.

After Ella gives him a reality check on the lack of body positivity at the magazine, Derek sees an opportunity to correct that as he ramps up the digital version of the magazine with digital lead Oscar (Daylin Willis) at the direction of his father, Richard (Paul Essiembre). He tried to hire Ella to consult and she says no, but does agree to help if he’ll do a profile on her to help her launch her own design shingle, and a partnership is born.

From there, you can guess the inevitable path, but it’s enjoyable to watch, as Ella makes a very good case for why body positivity is so important to her, sharing her own personal history, and leading Derek to drop his armor as well. Elliot and Hollingsworth are really good together. Ella and Derek challenge each other out of their comfort zones, and admit to their moments of self-doubt despite their outward confidence. Michael Robison directs a script by Karen Berger from a story by Luther M. Mace.

Romance in Style premieres Saturday at 8 pm/7c on Hallmark Channel in the US and W Network in Canada. Here’s a sneak peek.

Previewing Prime Video's A League of Their Own

Person of Interest Preview: “The Devil You Know” [EXCLUSIVE Clip and PHOTOS]

Who Do You Think You Are Season Premiere Preview: “Cynthia Nixon” [VIDEO and PHOTOS]