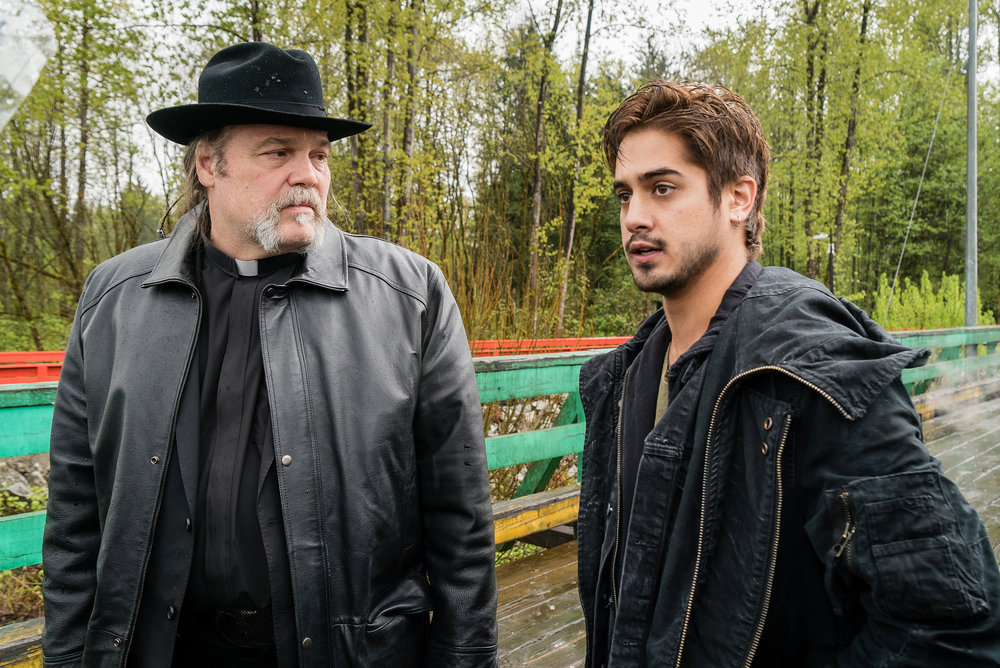 SyfyÂ kicks offÂ its fall Thursday night lineup this week with the second season premiereÂ of Van Helsing at 9/8c and the series premiere of Ghost Wars at 10/9c.

All of this times out with the Resistance raid, which findsÂ Flesh (VincentÂ Gale)Â trying to reach Vanessa.Â EverythingÂ gets complicated and messy pretty quickly. No spoilersÂ here, but the first hour puts to bed some of the first season arcs and kicks theÂ door open on new ones. It also maintains the bloody bar set by Season 1, so fair warning that it’s not been watered down for the earlier timeslot.

New series Ghost Wars wasn’t available for advance review but it’s the brainchild of Continuum and Van Helsing‘sÂ showrunner Simon Barry, who executive produces with Motive‘s Dennis Heaton. ThatÂ pairing lends itself to some friendly alumni casting out of both of their shows, including MotiveÂ star Kristin Lehman–who stars and steps behind the camera to direct this season, Tim Guinee, and Luvia Peterson.

Here’s what we know going in: When the remote Alaskan town of Port Moore is cut off from civilization thanks to an invading army of deadly ghosts, its residents must band together to survive. Dark secrets, bigger threats, a shadowy organization, and a deeper mystery could threaten any hopes they have of survival.

Avan Jogia (Tut)Â plays Roman, a local outcast who’s beenÂ plagued by his lifelong ability to communicate with the spirit world. Yearning to be left alone by both the living and the dead,Â he must overcome the townâ€™s prejudices and his own demons in order to harness his repressed psychic powersÂ and save everyone from the mass haunting.

Vincent D’Onofrio is Reverend Dan, who suffered a crisis of faith about his congregationâ€™s flagging membership before the ghost lockdownÂ turned things around.

Kristin Lehman is Marilyn,Â the town doctor, and Peterson plays her wife, Val. We don’tÂ knowÂ any more than that yet.Â Kim Coates isÂ Jimmy, aÂ former fisherman who uses his boat to smuggle contraband into Port Moore.

Kandyse McClure is Landis,Â a pragmatic young research scientist who hails from a small townÂ  and wasn’t eager to return to another one, but she put career first to come toÂ Port Moore.

Meat Loaf AdayÂ is theÂ troubled and angry Doug, whoÂ is haunted by the horrors of his past and scapegoats Roman with the blame.

Van Helsing airs Thursdays at 9/8c and Ghost Wars follows at 10/9c. Both series have orders for 13-episode seasons. Here are sneak peeks of their premieres.

Bull Looks for the Cognitively Agile in "Already Gone"