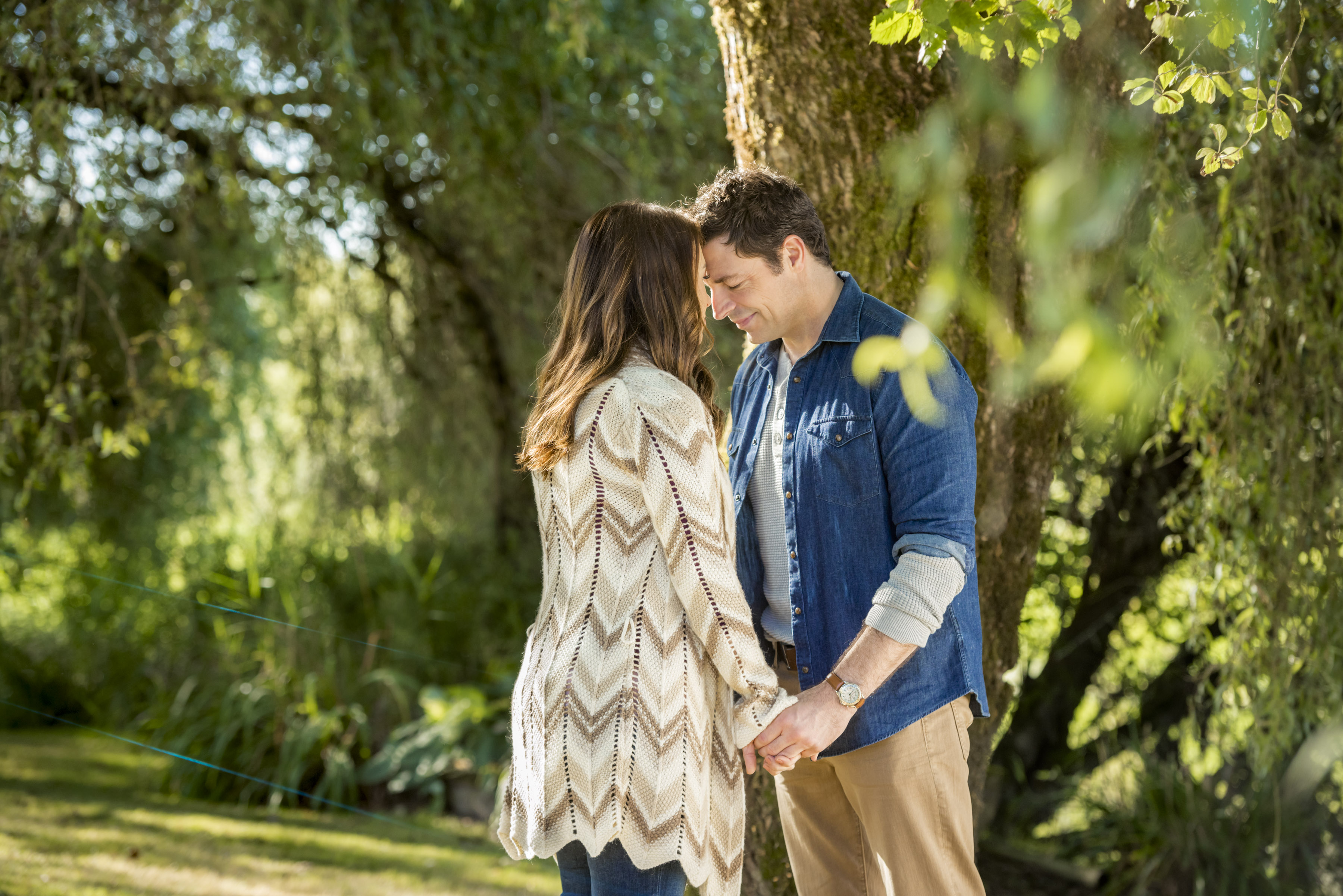 Nearly three years after All of My Heart stole the hearts of viewers on Hallmark Channel and became a runaway fan favorite on social media, the cast has reassembled for the long-awaited sequel, All of My Heart Inn Love, which picks up with the now-couple and sees what happens after Jenny (Lacey Chabert) has said, “Yes,” to a marriage proposal from Brian (Brennan Elliott).

Since we’re getting a two-hour follow-up, we can assume the paths to marriage and successful joint ownership of a quaint but rustic bed and breakfast might not be completely smooth. Ed Asner, Daniel Cudmore, Heather Doerksen, Drew Tanner, and Barbara Pollard return from the first film to round out the cast along with cast newbie Lara Gilchrist.

Recurring Hallmark director Terry Ingram steps in to direct (Peter DeLuise, who directed the original, will be back on HMM in two weeks with Darrow & Darrow). Karen Berger, who wrote the first film, also wrote the follow up.

We haven’t seen the movie yet, but here’s what we can expect: Following the events of All of My Heart, Jenny and Brian have moved to rural Pennsylvania to remodel their inn and eventually get married. After a storm triggers new repair bills and adds to their debt, Brian jumps at the offer to consult on a few Wall Street deals and is soon spending more time commuting on the train than with Jenny. Romance might be budding with the guests at Emily’s Inn, but its hit a snag with the inn’s proprietors.

All of My Heart Inn Love premieres Saturday at 9/8c on Hallmark Channel, following an encore of the first film at 7/6c. Here’s a sneak peek: