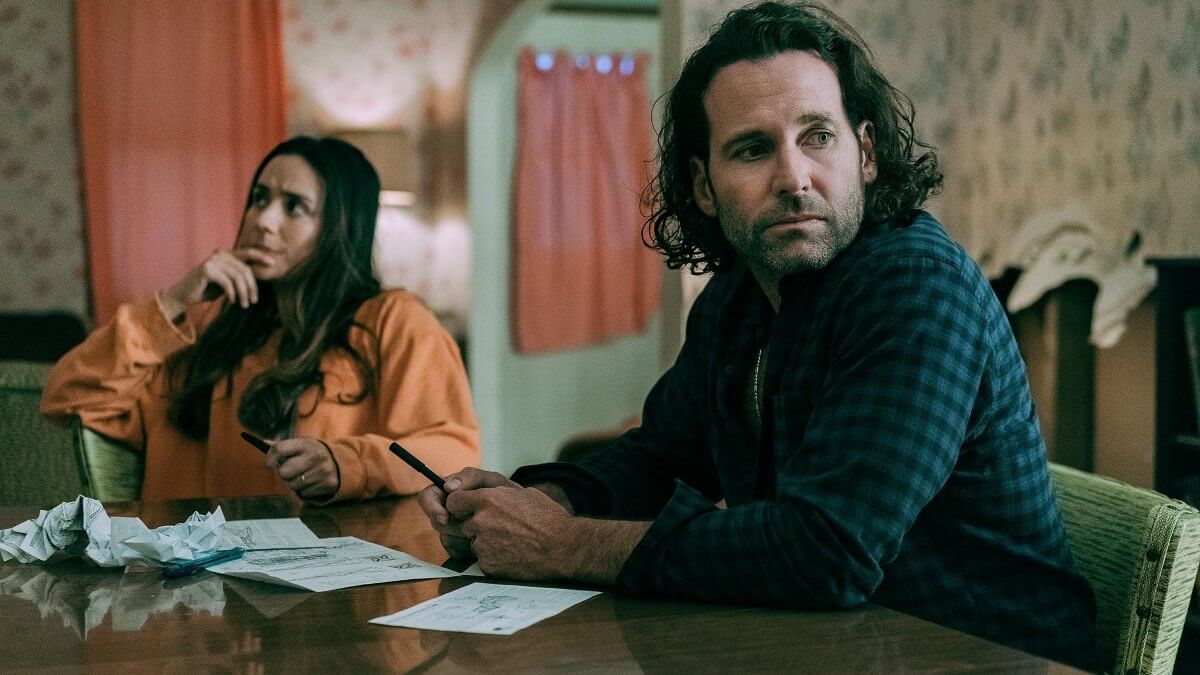 Sunday night on EPIX, Kevin triggers a series of events that disrupt the idyll of Colony House while Father Khatri comes clean with Boyd and Jade and Jim try to parse their trip to the clearing.

At Colony House, it’s a time of celebration to mark the anniversary of Fatima’s arrival. There’s much joy to be had, for a little while. The outliers for the festivities are an out-of-sorts and half-in-the-bag Ellis, an overwhelmed Julie, a preoccupied Victor, and of course, Kevin, who’s upstairs making poor choices and being wooed by a boogedy. All of those things come together in very short order and we see how crisis mode leads some to take charge and others to falter.

In town, Khatri reveals what he’s learned to Boyd, who initially doesn’t want to hear it, until Khatri calmly but emphatically relays why Sara’s story may not be so hard to believe. Kenny and Mrs. Liu try to break through to Jade, who is still tormented by his visions and the clues he can’t quite decipher. Jim and Tabitha discuss what he found and their continued basement excavation.

The script by Vivian Lee and John Griffin and directed by Jennifer Liao sets up a seismic shift for the dynamic among all the residents that will reverberate across the rest of the season.

From airs Sundays at 9 pm/8c on EPIX and is streaming online at EPIX’s website and through EPIX on Prime Video, where you can also catch this episode early — no spoilers on social media before Sunday, please. All our previous coverage is here. Here’s a sneak peek of Sunday’s episode. Check back afterward for my exclusive interview with Pegah Ghafoori.

Photos and Video Courtesy of EPIX.