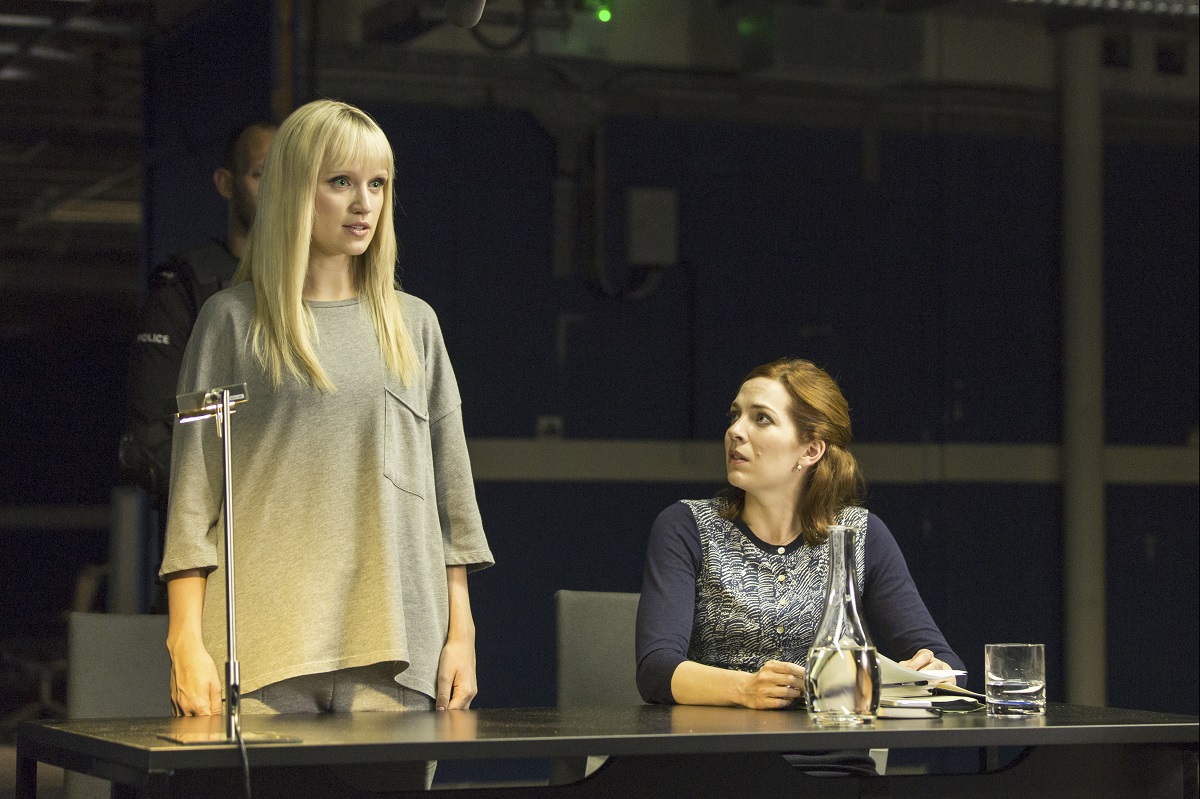 If last week’s episode of Humans made you nervous on a few fronts, you weren’t wrong.

Monday night, we get a two-hour segment of episodes 5 and 6 as we pick right up with MiaÂ when she finds out that Ed’s version of ditching you after sex is pretty extreme. The good news there is that Mia is a sharp woman who responds in a very savvy way to the betrayal, and her “fix” leads her to the best possible outcome.

The Hawkins are OK in the aftermath of their Synth-delivered warning as Laura plows ahead on Niska’s case, but Niska is rightfully angry when Laura tells her what happens, and it affects how she behaves during the formal inquest and after.

Joe and Karen hit a speed bump in their relationship as she realizes that their work life and home life aren’t making her happy, but Joe’s detective work leads him somewhere unexpected and that bring Karen back home.

Leo and Hester continue tracking the Silo, and Leo isn’t as adept as he’d like at reining in her aggressive tendencies, which leads to a surprising detour while Max makes another new friend of a newly-awake Synth.

Odi struggles with what free will means for him and thankfully talks to Mattie about it.Â Separately, Joe tries a Synth-free day out with the kids just to see how it feels. Mattie also completes the code and reaches out to Leo, who she finds much changed from the last time they met.

Toby gets closer to Renie, who misunderstands his intentions, leading both of them to be fairly upset as he tries to find the girlÂ behind the Synthie and challenges her perception of what she thinks people want from Synths. And as Sophe continues her Sythie-ways, he asks Renie for help.

Athena gets some news that drives her on in her quest, which I think is what you probably think it is, too. She digs in at Qualia and goes beyond her limited carte blanche access to look for what Milo is hiding, and then has to figure out how to play that given his ownership of Vi.

It’s a poignant two-hour block as the humans try to hang onto humanity, as do the Synths.Â There are a few lovely moments as the Hawkins see old friends again and treat them as such, not as Synths, and as Odi seeks a very human kind of counsel about his need for a purpose. OnlyÂ one two-hourÂ episode left after this one. I told you eight episodes was a fast season.

Humans airs Mondays at 10/9c on AMC and repeats throughout the week. If you missed an episode this season, they’re online at AMC. There will not be a marathon ahead of next week’s two-hour season finale. No word on a third season yet. Here are a couple of sneak peeks of episode 5 and 6.