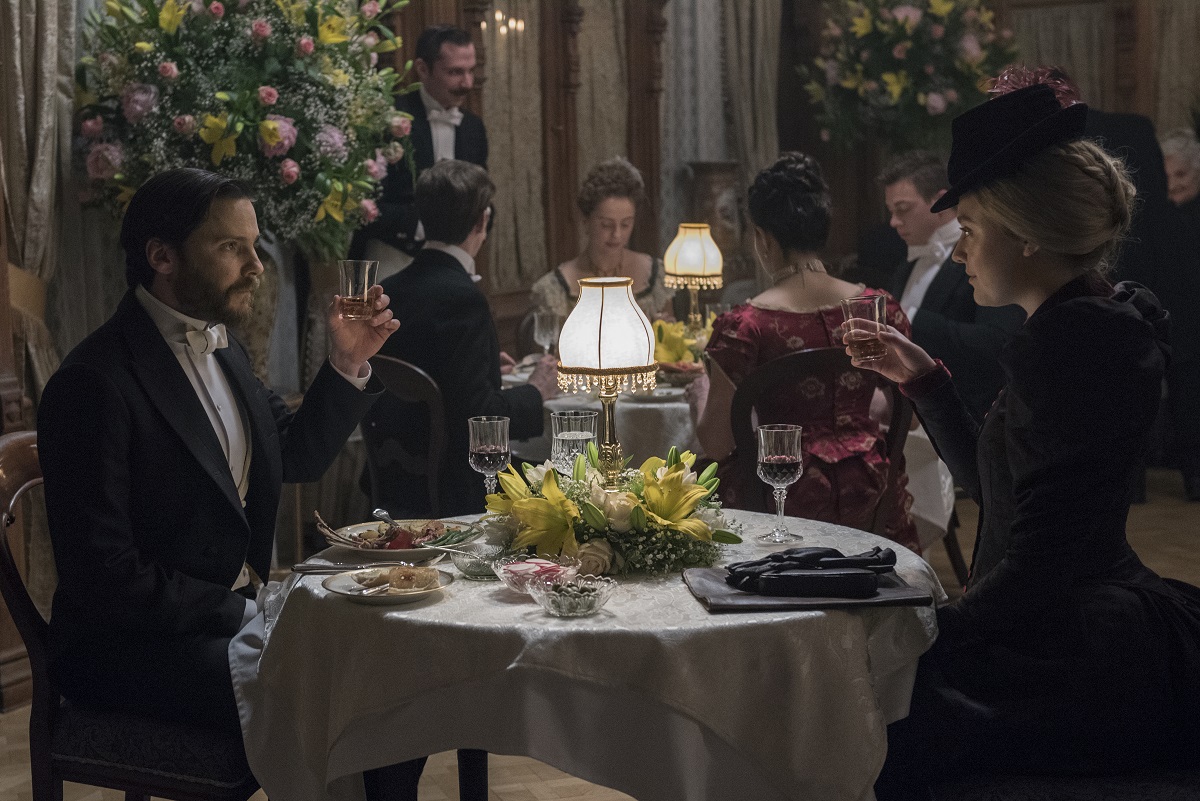 After yet another team meeting meltdown, Kreizler looks inward and outward in his pursuit of the killer in Monday’s new The Alienist.

Sara takes initiative in the investigation, proposing a theory that Kreizler himself hadn’t considered, and he doesn’t respond well. Realizing that’s a significant shortcoming that won’t help the case, he seeks the counsel of an old professor who challenged him back at university.

In a delicious wink-nudge, he’s played by David Warner, who did a turn as Jack the Ripper 40-ish years ago in Time After Time and has been the villain several times onscreen. Loved the surprise of him here. Kreizler also spends time out in the field, after a graphologist and Roosevelt suggest the killer is someone in New York’s upper echelons and most inner circle.

Roosevelt also asks Sara to look into it, and she comes up with police files that lead Kreizler to a local bishop. He’s another fun casting, played by Sean McGinley who starred in one of my Canadian favorites, Republic of Doyle.

The Isaacson brothers have an awkward family dinner and an additionally awkward conversation with Sara when she inquires about the technical aspects of their killer’s proclivities. She has a less awkward encounter with Moore, who teases her to lighten things after the Kreizler tantrum and gets a surprising response that leads him to start changing his own behaviors.

Moore also accompanies Kreizler to a prison for a conversation that’s more unsettling than it is helpful. Roosevelt closes in on the suspect and is played the fool exactly one time. Meanwhile, we learn that Connor and Byrnes were indeed answering to a more powerful person than their commissioner.

This episode is the halfway point for the season, and it makes good progress toward building out the characters and the case. So far, I’m enjoying both journeys. The Alienist airs Mondays at 9 pm/8c on TNT. If you missed an episode, you can watch now on TNT’s website. Here’s a sneak peek of “Hildebrandt’s Starling.”

Bellevue Preview: "How Do I Remember?"