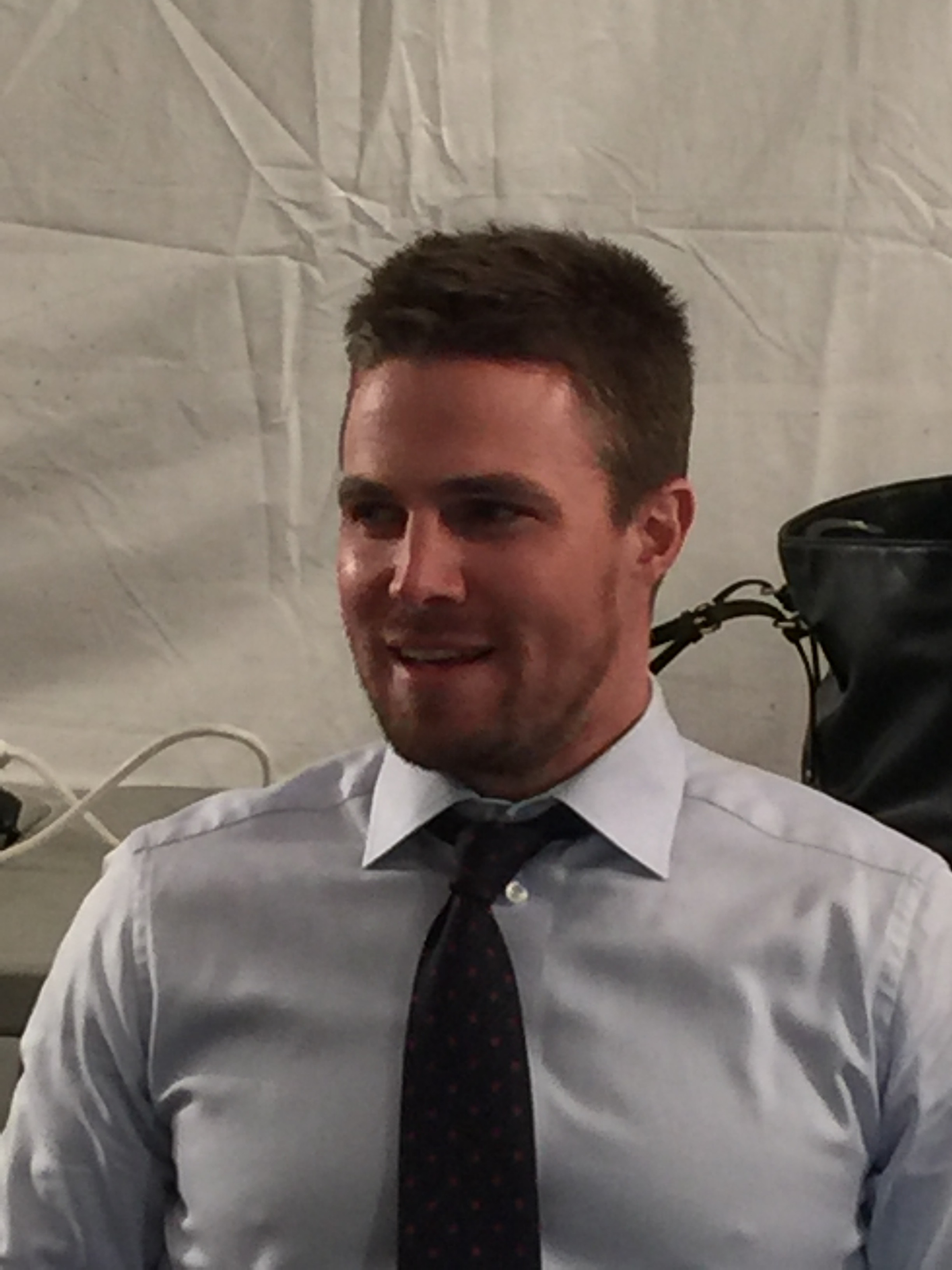 The fourth season of the CW’s Arrow reached crazy good status this week (emphasis on crazy) with the restoration of Sara Lance; the thawing of the Oliver/Diggle bromance and Felicity stepping up in an action-y sort of way. She may not have known how to use that gun. But she sure knew what to do with it once she had that baby in her hands.

The presence of Damien Darhk has instantly upped the show’s game. Things are not only darhker (sorry, we had to go there). They’re more intense. The stakes are higher. He’s a formidable foe thatÂ seemsÂ unbeatable. But we have faith in Team Arrow. Our group may be highly dysfunctional (poor Thea/Speedy with her Lazarus Pit issues) but they are just as impressiveÂ as any villain out there. It might take them some time but they’ll figure this Damien guy out. Right?

TV Goodness recently took part in an interview with Arrow‘s Stephen Amell. He says he’s extremely proud ofÂ the first nine episodes of Season 4. And it shows. His excitement’s palpable and infectious and, as a result, we’re beyond excited for what’s to come. Amell previewsÂ the action, the drama and the complex character dynamics that are headed to a small screen near you soon. Some of the topics he covers:

Arrow airs Wednesdays on the CW at 8/7c. The next episode up is “Beyond Redemption.” Here’s a preview: