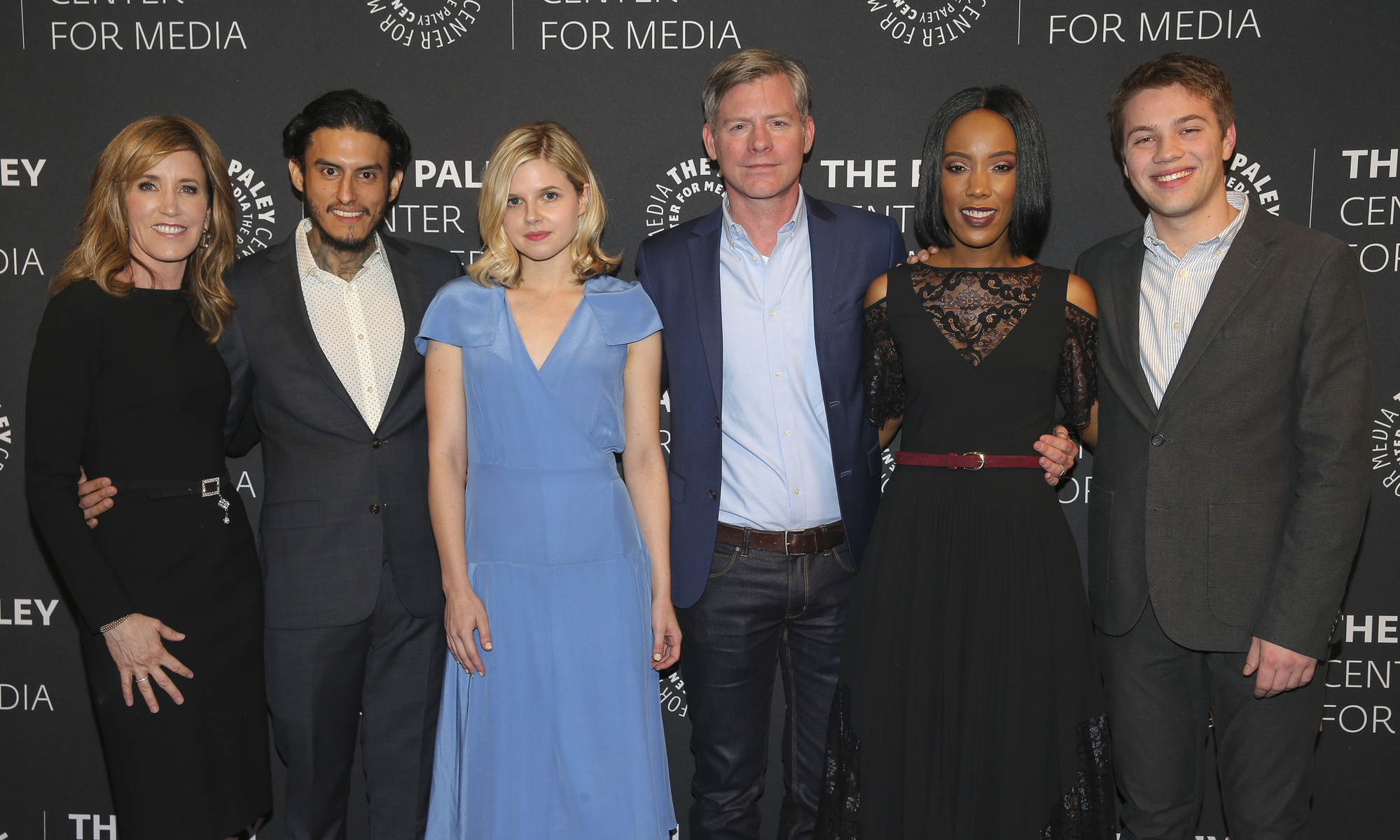 It’s that time of year again. American Crime is one of my favorite shows because it endeavors to take a look at every side of veryÂ weighty topics. I also love that, as Felicity Huffman talks about during her interview, there’s a repertory company of actors who come back every year. This show seems like an actor’s dream: they get to play different characters every season in such timely and important stories. Does it sound like I’m gushing? Let me try to pull it back a bit.

Season 3 is about modern slavery. The setting is North Carolina, but this story could take place anywhere in the United States. We’ve got a teenage girl who is trafficked, we meet migrants/undocumented workers on local farms and in Episode 4 we’ll meet a French nanny. I don’t know much about that last storyline because it’s top secret, but I’ve been assured things get very intense, very quickly.

The Paley Center had a Season 3 premiere event recently and TV Goodness had the chance to talk to the actors as well as the EP about what to expect this season.

Felicity Huffman on Jeanette Hesby, her characterâ€™s â€œawakening,â€ working with Janel Moloney, her place in the Hebsy hierarchy and on being part of this cast and playing such different characters every season:

Richard Cabral on Isaac Castillo, his friendship with Connor Jessupâ€™s Coy Henson, Issacâ€™s struggle to change his life, playing an entirely new character every year and whatâ€™s next for him:

Ana Mulvoy-Ten on Shae Reese, preparing for this role, working with Regina KingÂ and when we’ll be getting a little more of Shaeâ€™s backstory:

MickaÃ«lle X. Bizet on Gabrielle Durand, working with Lili Taylor and Timothy Hutton,Â her process and working with the crew:

Michael McDonald on how and why he and John Ridley decided to focus on modern slavery, setting this season in North Carolina, bringing back the same core actors every year and this seasonâ€™s guest stars:

In Episode 1 we meetÂ Benito Martinez’s Luis Salazar, an undocumented man whoÂ travels from Mexico intoÂ the United States in search of a job. He soon discovers that modern servitude is thriving in theÂ farmlands and agricultural communities. Promised work and a place to live, laborers findÂ themselves required to pay exorbitant rates for shelter, food and other essentials. With what little moneyÂ they make often collected directly by their employers, workers find themselves caught inÂ perpetual debt and without recourse because of their legal status. But undocumented workers arenâ€™t theÂ only people targeted by this system. Coy Henson is a young, white American male, estranged fromÂ his family and hopelessly addicted to drugs.