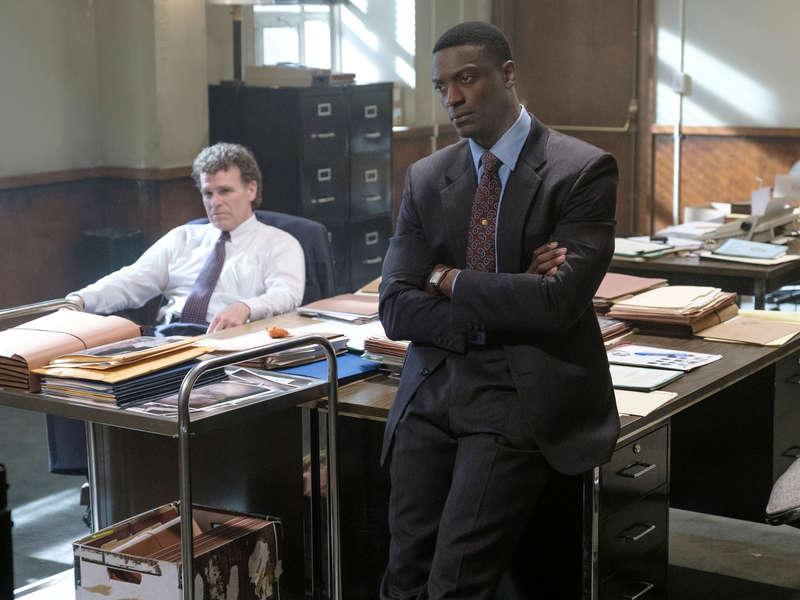 With only three episode left this season–and we found out this week we’re getting a second—City on a Hill does a very sneaky thing this week where you get to the end and realize A LOT happened.

Rachel and Hank keep working with Michaela’s journal and after Jackie holds a celebratory press conference that convenient excludes their work, the gloves come off–collateral damage be damned. Decourcy finally asks the right questions around his grand jury witness, which is just enough for the investigators to make some startling discoveries that catch them up with us at home.

It’s a lot of fun to watch the puzzle pieces click into place. Rachel is also dealing with an insidious racism directed her way, which breaks down a few walls she’d forgotten she put up.

The Ryans are still working toward another job, regardless of the discovery of the bodies. The have a plan with FAIL written all over it, but that’s what they’re going with. Frankie doesn’t tip his hat to Cathy about his anxiety, but in an exquisite scene between Frankie and his children, he talks about what he wants for them, and it’s a little glimpse into the why of it all. Jonathan Tucker is amazing to watch.

Jimmy is still desperate to hang on to a family that only came home on the basis of his lie. When the truth is laid out for him, he spirals again, which will have dangerous repercussions beyond just his home life.

We don’t get as much about Jenny’s revelation last week, but she does share some important info with Jackie, despite his inability to keep his pregnant side piece from her doorstep. That leads to some rash decisions on his part.

Decourcy has success at work but so much at home as the whole debacle with the pastor and Siobhan’s initiative collide in his living room. And he receives a surprising, tantalizing proposal.