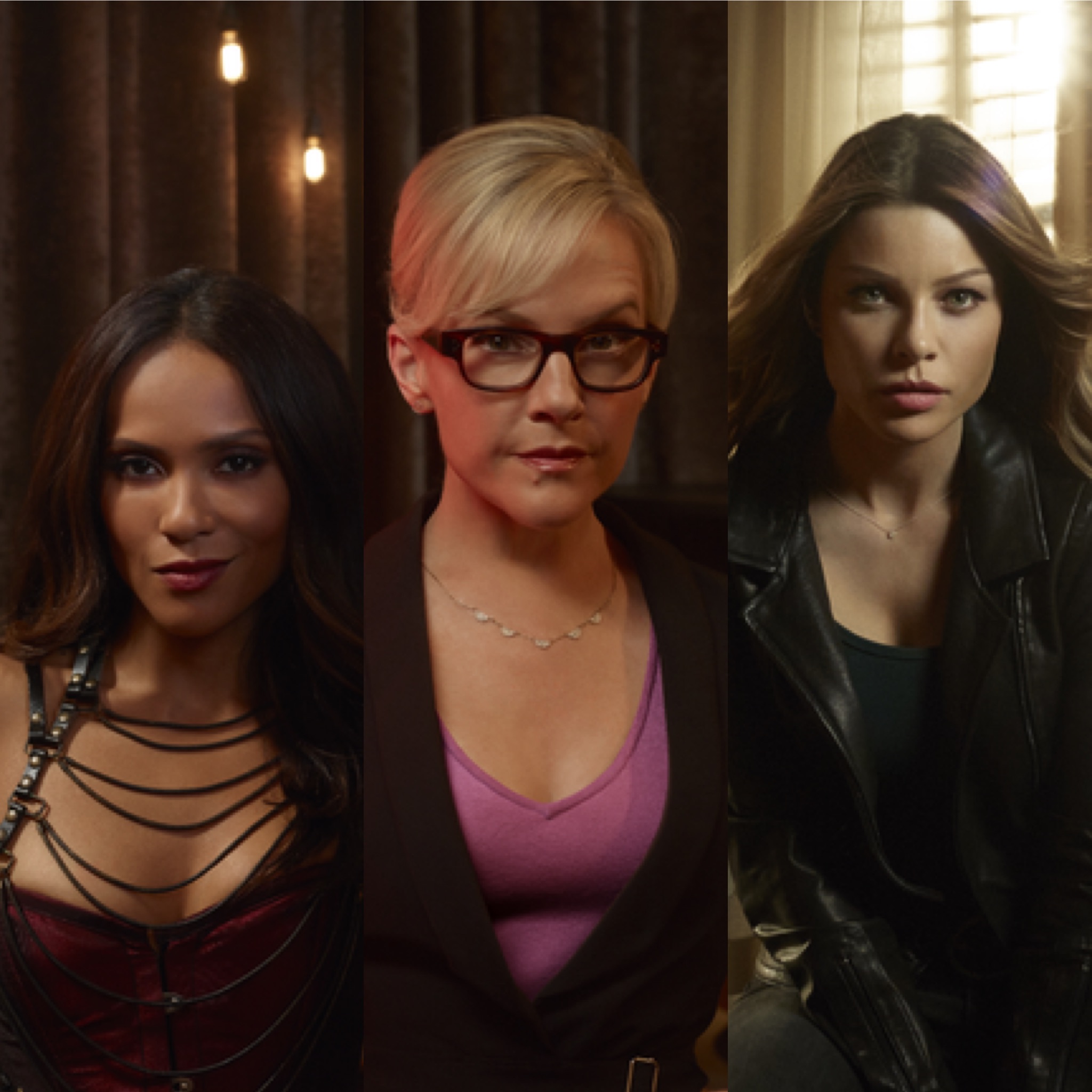 Viewers have quickly FALL1N in love with FOX’s Lucifer — to the tune of seven million viewers in its first week.

In this universe, Lucifer is the retired Lord of Hell. He’s in Los Angeles on what he hopes is a permanent vacation. The devilishly hot fella spends his time achieving justice for those who need it, punishing criminals, telling his brother, Amenadiel, that he’s NOT going back to hell, running his cool L.A. nightclub, and dealing with the mother of all daddy issues.

He’s a bad guy doing some good and working on himself in the process. But this journey isn’t a one-devil show. There’s a trio of women who are making life heaven and hell for Lucifer Morningstar, starting with Detective Chloe Decker. She’s not his worst nightmare but she does present a frustrating dilemma for the wicked fallen angel. His mojo has no affect on her. Lucifer has the ability to compel people to tell him the truth. Yet she’s immune to his charms and that fact doesn’t make him happy. It’s a disturbing yet fascinating puzzle he’s determined to solve.

So far, Chloe’s curious about this skill of his. But that’s where it ends. “I see Lucifer do his thing, but it’s almost like watching that show Long Island Medium,” said Lauren German, who plays Chloe Decker. “I’ve seen psychics and it sort of looks like that. So I think that’s what she chalks that up to. Like, okay, you have this crazy intuition or something like that.”

In an upcoming episode, something happens that might spark something more than curiosity. After all, she is a cop. “I’m the first person to ever accidentally but physically hurt Lucifer,” she teased during an interview with pressÂ at the show’s Vancouver studio. “He’s impervious to all pain and bullets and all of that. And, accidentally, I cause him to bleed.”

Could that mean there’s something supernatural going on with Chloe? Considering the source material for this series, it’s a possibility. “I think we’re going to inch towards that, God bless if we do well and we go on,” German speculated. “Maybe she has something similar to Lucifer, but different. Maybe she’s from somewhere else. Maybe she’s from a different realm. Whether it’s good or bad or neutral, who knows.”

Not surprisingly, Lucifer’s relationship with his sudden therapist is also complex. First of all, the fact that the devil is actually seeking out therapy is something new and different. Second, the two have sex. And third, he’s used his magic mojo on her, which brings up some ethical and moral questions.

“She’s faced with her own feelings and her own ethics as to what she’s doing because Iâ€™m not crazy,” explained Rachael Harris aka Dr. Linda Martin. “I don’t know why I can’t stop with him. He’s like a drug. But I also know I’m intrigued by his story and I want to help him.”

Post-pilot, Harris says Lucifer begins the difficult process of dealing with his issues. “He comes back and he genuinely wants help. It’s one of the few times you ever see Lucifer in the show where he’s completely honest.”

The devil getting shrunk doesn’t just give Lucifer the chance to dig deep into his own psyche. According to Harris, “I think that’s the great conflict in the whole show is he’s trying to figure out who he is, and that’s my role in the show is to help him. And at the same time, I’m finding out my own identity.”

The third woman in this equation is the demon Maze, which is short for Mazikeen, a character that does exist in the graphic novels this show is based on. She’s Lucifer’s best friend and the fierce and sexy bartender at Lux, Lucifer’s club. The two share a history as more than BFFs. Lesley-Ann Brandt gave us the lowdown on Maze and her close relationship with her boss.

“I think much like the comic book series, [Maze and Lucifer] definitely have that relationship,” she said. “That relationship is definitely touched on. And her story is very juicy. You get to see Mazikeen as a demon on earth, in L.A., having sort of lived here for five years, trying to be as demon-like as she can, hoping she gets to go home.”

Going home might not be in the cards for the beautiful demon. Because Lucifer wants nothing to do with home. “She loves Lucifer, and she has made a vow, and she is committed to him through thick and thin,” said Brandt. “And if it means being Hell for her, which is not the Hell she wants to be in. Then she’ll be here and she’ll stick by him, and thatâ€™s a bond that Iâ€™m really happy the writers have really honored with these two. Even though, like with relationships, they clash, they come together.”