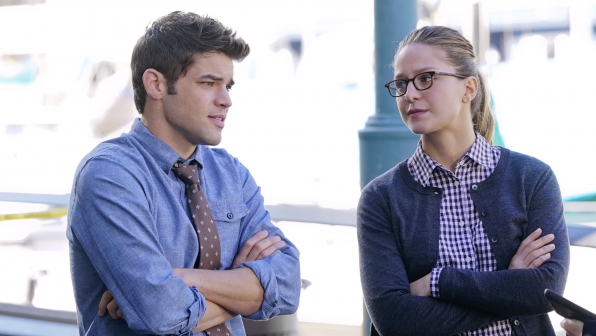 Tonight’s Supergirl is a big episode for Jeremy Jordan’s Winn Schott.Â Like it or not, the tech expert will have to deal with his painful past.

Synopsis for “Childish Things”: Kara does her best to support Winn when his father, the supervillain Toyman, breaks out of prison and seeks out his son for unknown reasons. Also, Cat offers Lucy a job at CatCo and Alex asks Hank to use his powers to help uncover Maxwell Lordâ€™s plans.

When TV Goodness visited the set of Supergirl, Jeremy analyzed the situation for the press. Jeremy says this was the opportunity for him to “delve a lot deeper” into his character and “it was a really challenging episode for me.”

And in this video, Jordan talks even further about what a meeting between Winn and his father is going to look like. “It’s abandonment, you know,” he said. The actor also discusses whether or not Kara will be there for support and if it’s in Winn’s DNA to go dark.

The Muppets’ Kermit and Miss Piggy Do Lunch, Emmy Style