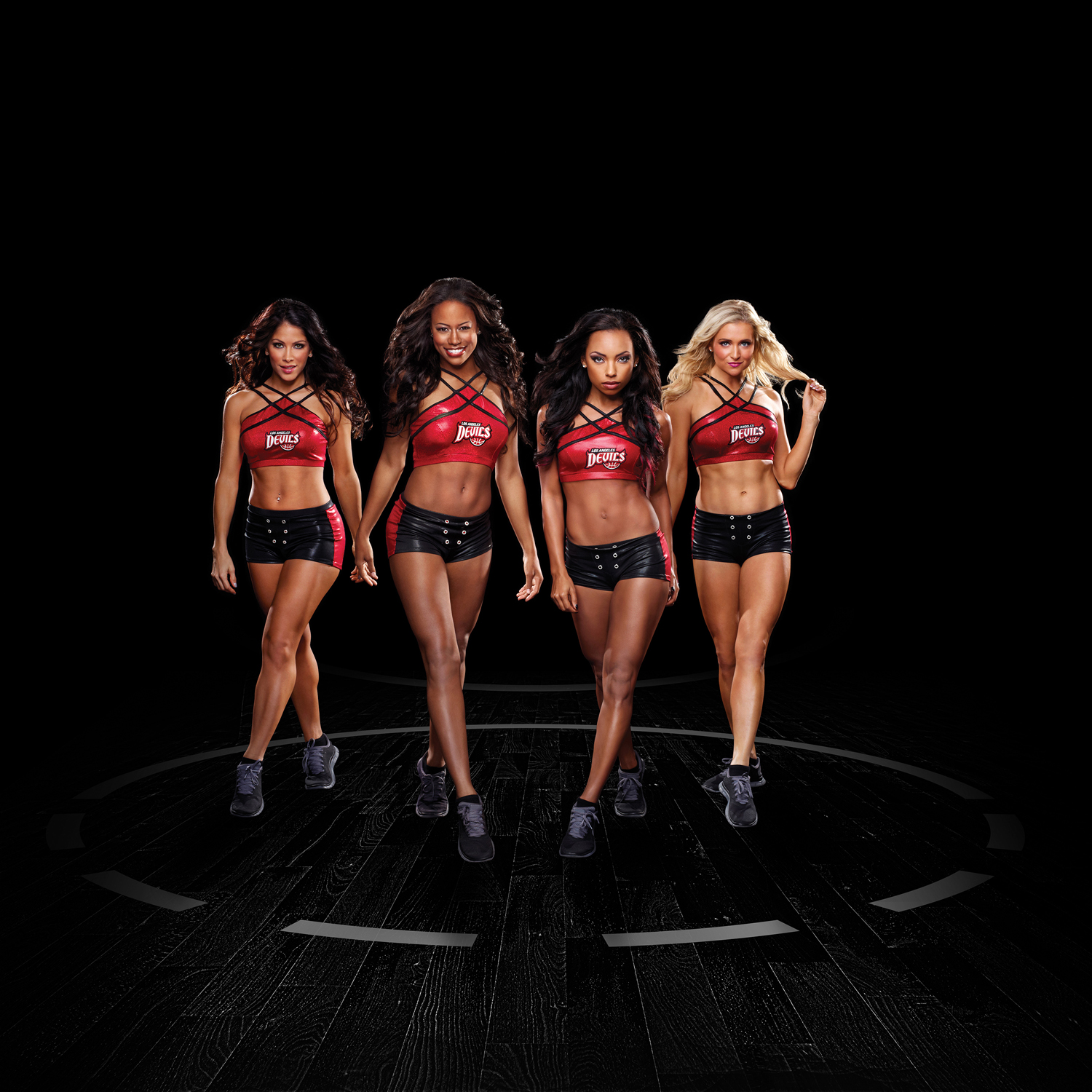 VH1’s Hit the Floor returns tonight. And so do the fierce rivalries, badass dance routines and characters making multiple power plays. But there’s one thing that makes Season 3 even more intriguing than ever before: A murderer roams around Devil Nation unchecked and is back together with his ex.

TV Goodness attended a Hit the Floor event where the cast expressed their shock over German being outed (to viewers) as the one who killed Olivia Vincent.

“They kept that secret from everyone. They shot alternate endings so nobody would know that was happening and my jaw dropped,” explained Jodi Lyn O’Keefe (Lionel).

“I found out when the world found out. When it was released on VH1. I was just as shocked,” said Jonathan McDaniel, the actor who plays German. “I was floored. But at the same time, I was excited.”

“No. I was not ready for that,” claimed Logan Browning (Jelena). “That was really well written because now Season 3’s got this killer on the loose but none of us know it.”

Rob Riley also gives mad respect to the writing. “I’m glad to be a part of a show that does things like that, that people would never expect.”

How many of those type of shocking moments can we expect during Season 3?

Look for the new season to go big or go home. “Season 3 ups the stakes even more than the first two seasons,” said Don Stark (Oscar). “The first two seasons were hot. They were on fire and full of surprises. But Season 3 is even sexier and it’s even darker and tougher and there are a lot more surprises.”

First of all, Ahsha isn’t in the best of places because Sloane was forced to fire her at the end of last season. “She’s more than anything dealing with some inner conscience stuff,” teasedÂ Taylour Paige (Ahsha). “She has this big, big, big secret and there are a lot of reveals.”

With Oscar dealing with a pesky arrest for murder, Lionel’s the new boss of the Devils. “She’s the boss, applesauce,” joked O’Keefe. “She’s a boss who’s not worried about hurting anybody’s feelings.”

This probably means fans can look forward to plenty of scenes where it’s Lionel versus Jelena. These are two strong, powerful women who don’t like to be told what to do. “It’s a power struggle,” explained Browning. “And I don’t think that anyone ever really wins so that’s what’s going to be fun about it.”

Plus, Browning says to get ready for some really, rich character-driven story. “This season is very relationship-heavy. So the relationships you know and then takes those pawns, those kings and queens and have them mix and mingle and play with each other.”

One rivalry to watch has to be Derek and German. “The dynamic is interesting,” said McKinley Freeman (Derek). “They clearly still have one thing in common and that’s their love for Ahsha and I think as the season unfolds, we’ll start to get a better understanding of how complicated or uncomplicated things get.”

McDaniel feels German has a lot to worry about even though he and Ahsha are first loves. “German definitely has to watch out for Derek because Derek has tapped into something with Ahsha that German doesn’t have. They have an energy about them that obviously is undeniable,” he explained. “I think a lot of people are going to be like, ‘When’s the fight going down? What happens? And I need to see that right now.'”

A character to watch out for is Kyle. She married Raquel solely in order to keep her friend in the country. Katherine Bailess said to expect some fun from this surprising combination. “Lots of fun. Lots of drama. Lots of…real moments. It’s not just pretend,” she teased. “People are gonna see their dynamic and it’s almost like a husband and wife team. Not almost. It is.”

A sudden marriage isn’t all Kyle’s going to be dealing with. Look for some real character development. “Kyle gets more layers this season,” previewed Hit the Floor Creator James LaRosa. “Season 3 is very big for her. But you know what you’re going to see from her as well, which is going to be a something new and something fantastic, we really challenge Kat this season. There could be some drama coming Kyle’s way.”

There’s never a shortage of drama when it comes to the show’s couples even though Jelena and Terrence are in a good place…for now. “At the end of Season 2, obviously, they were what I would term an example of real love,” said Riley. “They were down for each other and that was all that really mattered. So we’ll see how long that holds up in Season 3.”

With German and Ahsha, there’s that elephant always in the room, whether Ahsha knows it or not. “This is somebody who he’s loved for a very long time. He’s never kept a secret from Ahsha,” said McDaniel. “I think a lot of people are going to tune in to see how much every episode German continues to go through and what it gets to in the end of the season finale. I think everyone’s going to be surprised.”

Hit the Floor premieres tonight at 9/8c on VH1.