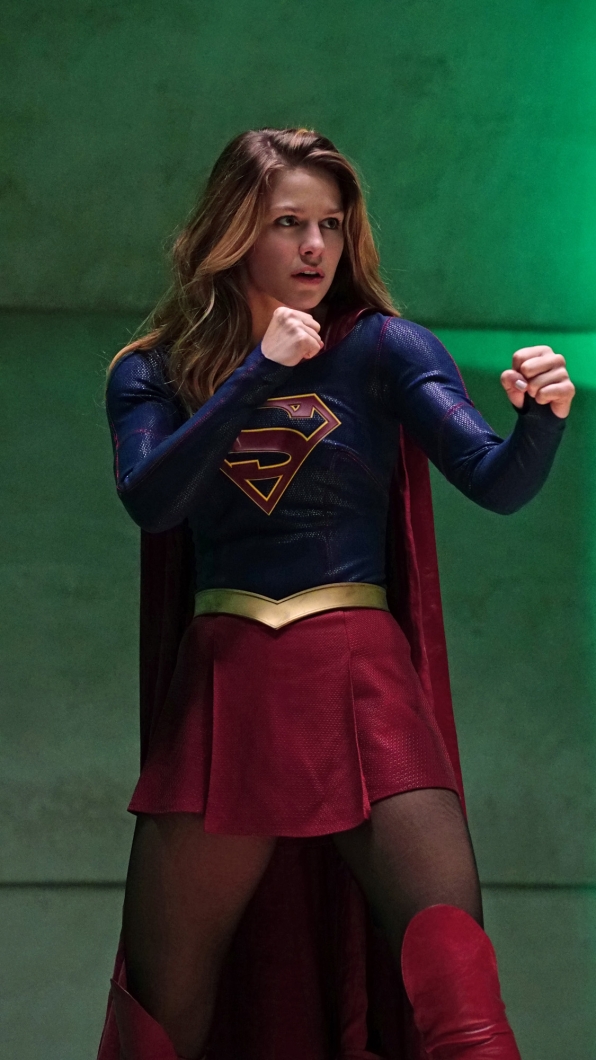 Astra’s back. And Hank Henshaw is really the Martian Manhunter. That’s just two of the monumental events that occurred during last week’s Supergirl.

Considering tonight is the mid-season finale, it’s safe to say the hit series isn’t going to head into its first winter hiatus in a quiet, understated way. According to executive producer Ali Adler, that’s something viewers should never be worried about.

“We always talk about putting the kitchen sink in every episode,” she said during an interview with press on the set of Supergirl. “We do a mid-season finale in every episode.”

So that must mean the actual mid-season finale is going to be bigger than ever, right? Well, Adler did say to expect a “wait — did that just happen” kind of moment.

The forecast for a painful hiatus is highly likely if you take a look at the photos CBS released of the episode.

There’s going to be an Alex vs. Kara situation. Any takers on how that comes about? The title of the episode — “Hostile Takeover” — has us worried. Plus, we’re going to get our very first look at Non, which is something to be excited and possibly scared about.

In Superman 2 — the Christopher Reeve edition — Non was one of the movie’s big villains. Mainly he was the grunting muscle of the group. A pure brute that pretty much did Zod’s bidding.

Adler can’t wait for everyone to get a load of the Non [Chris Vance, Transporter: The Series, Rizzoli & Isles] on Supergirl. “I donâ€™t know if you saw the Richard Donner version, but thatâ€™s a post-lobotomized version and this is a [pre-lobotomized version],” she explained. “Not that we go into the lobotomy. But itâ€™s a pre-lobotomy. Itâ€™s a very brilliant Non. A force to be reckoned with.”

Astra challenges Kara’s beliefs about her mother and Cat’s in a world of trouble whenÂ Supergirl airs tonight at 8/7c on CBS.

We Need To Know: Are There Too Many Superheroes on TV?