Arrow Preview: “My Name is the Green Arrow” 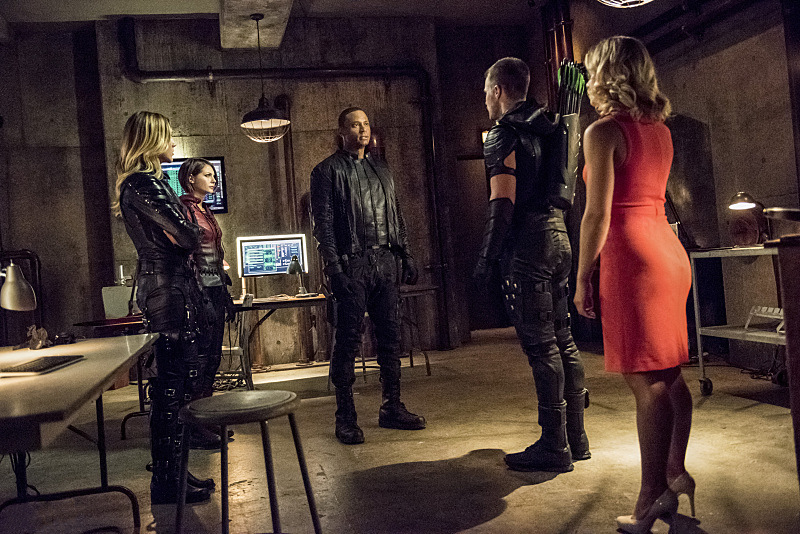 Tonight on the CW, Oliver and Felicity are back on Arrow. Will Oliver’s return to superhero status and his old team go smoothly? Of course not.

Synopsis for “My Name is the Green Arrow”

Oliver (Stephen Amell) and Felicityâ€™s (Emily Bett Rickards) blissful getaway is cut short when Thea (Willa Holland) and Laurel (Katie Cassidy) pay them a visit and tell Oliver they need his help back in Star City.

The city has been attacked by â€œGhosts,â€ assassins led by a dangerous man named Damien Darhk (guest star Neal McDonough). However, when Oliver returns, Diggle (David Ramsey) makes it very clear that he doesnâ€™t want Oliver on the team.

There are so many questions that need to be answered in addition to how Oliver’s return is going to affect the team that’s existed in his absence. But let’s start with that one. At the most recent Comic-Con both Stephen Amell and David Ramsey talked about the broken bromance between Ollie and Diggle.

What will the team be like in Oliver’s absence? Ramsey says that Diggle, Black Canary and Speedy are like a “well-oiled machine.”

We can’t forget that Malcolm Merlyn is the new Ra’s al Ghul, which is great for him. But how great will it be for everybody else?

As for Malcolm’s daughter, Thea, it’s a whole new game for her in the fourth season. Willa Holland discusses her character.

And finally, Emily Bett Rickards talks Felicity and Oliver as well as what their absence has meant to Felicity. She also answers questions on how Mama Smoak would feel about her daughter going off with Oliver like as well as a potential Daddy Smoak storyline — this is definitely on the actress’ wish list.

The hiatus is over! We are so ready for Season 4. Arrow premieres tonight at 8/7c on the CW.