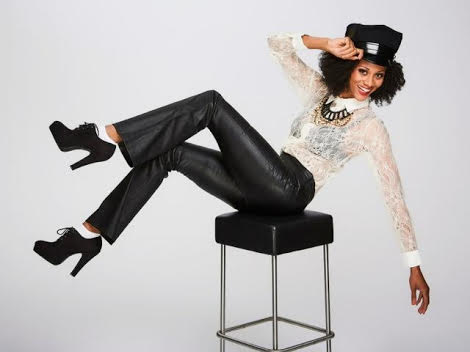 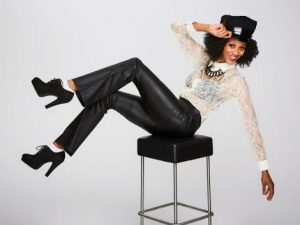 In this Quick Takes Q&A, we focus on actress, model, stand-up comedian and political activist, Nika Williams. Her comedy street cred includes studying at the Groundlings Theatre,Â being a finalist onÂ Shaq’s Comedy Contest and appearing on Centric TV’s Next Comedy All Star.

She recently guest starred as Pastor Ramona in an episode of Greenleaf, the OWN dramaÂ that’s one of this summer’s biggest hits.

We sent some questions to her via email and here’s what she had to say:

TV Goodness: I love that you were a fashion model that hasÂ transitioned into a comedian. That’s not something you read or hear every day. How did you decide to make theÂ transition?

Nika Williams: In the modeling world, youâ€™re not hired to have an opinion but just serve as a hanger for the clothing. So my outgoing personality wasnâ€™t a great fit so I started putting my energy towards doing comedy.

TV Goodness: And how easy or bumpy was that transition?

Nika: I still do some modeling stuff but now Iâ€™m more comfortable with bringing my personality to a shoot. Who wants a boring model!

TV Goodness: Where did your love of comedy come from?

Nika: I grew up watching [The] Carol Burnett Show but Iâ€™ve always been naturally silly.

TV Goodness: What do you consider your big break in comedy?

Nika: My big break in comedy is the first time I did it. It was so terrifying but once I decided this was I wanted to do it put me on a path toward my passion.

TV Goodness: Who are your biggest influences when it comes to comedy?

TV Goodness: Your bio says that you want to make a change in how your audience views the world. What does that mean and how do you want to go about doing that?

Nika: I want people to know that the world will make room for their talents. God has given each person all they need to greatly affect the world and be a game changer.

TV Goodness: You’ve guest starred in a number of primetime comedies and dramas. What’s your favorite experience and why?

Nika: I really enjoyed working with Jamie Foxx. He directed me in a sketch where I was a stuttering sex operator. He really me pushed me to find the funny.

TV Goodness: What was it like to guest star on OWN’s Greenleaf as Pastor Ramona?

Nika: I must say this has been one of my most rewarding gigs. It came at a time when I was doubting my path but God showed up in a mighty way! I get to portray a character who influences a group of kids to follow God. Wont he do it!

TV Goodness: You’re about to appear on Disney Channel’s Best Friends Whenever. What can you tease about that appearance?

Nika: Lets just say I play a detective who donâ€™t take no mess.

TV Goodness: What’s your dream job? Is it a scripted comedy, a sketch comedy series or something that’s totally unique?

Nika: My dream job is doing stand-up around the world. Thereâ€™s nothing like being on stage being myself.

TV Goodness: What’s next for you?

Nika: I donâ€™t know whats next but Iâ€™m sure The Most High is setting it up to be my best.

â€¨TV Goodness: What’s your favorite TV show and why?

The Night Of Preview: "Samson and Delilah"