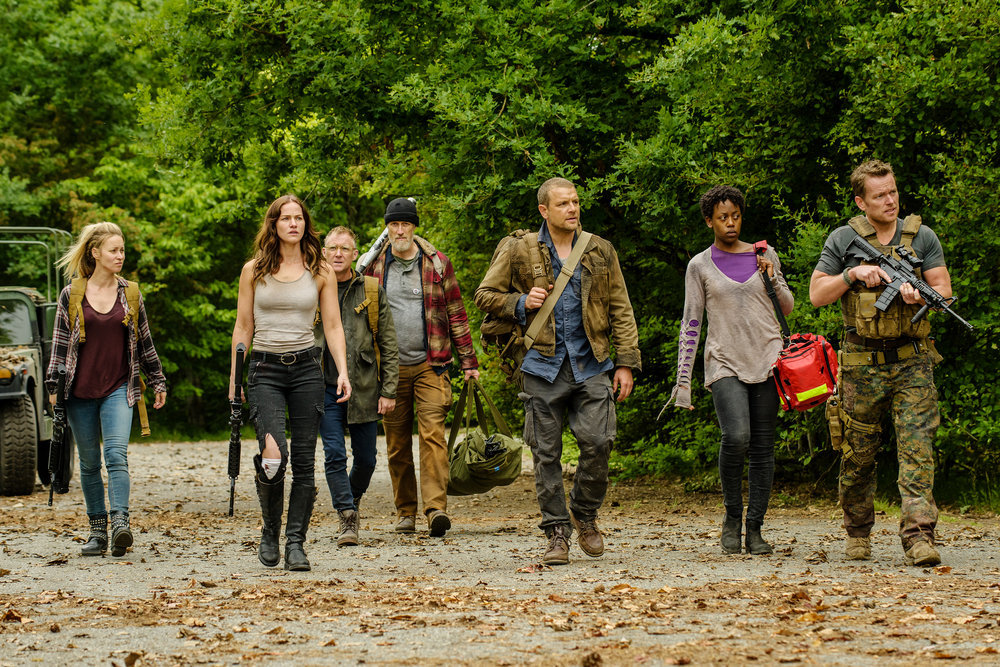 On a new Van Helsing, the evacuated crew navigates the outside world toÂ learn what is and isn’t left beyond the walls of the hospital.

Once clear of the city, they find themselves back on base, where Axel, Vanessa and Doc, in particular,Â have to sort throughÂ the reveal of new information.Â There’s also some more in-fighting that quickly escalates.

Separately, Mohamad tries to hook up with them againÂ while Sam leaves a guidepost, and we’re given a glimpse of one of Rebecca’s nastier projects (teased below in theÂ preview, and yes, Laura Mennell is having way too much fun).

The hour, directed by Jason Priestley,Â who also returns to helm episode 9 next week, balances out the evacueesÂ in survival mode with a brief respite of normalcy, where they’re allowed to forget, for a moment, that the world they knew is gone. You can guess how long that lasts.

Haven Preview: “Much Ado About Mara” [VIDEO and PHOTOS]