What happens when your city, your country, or your planet has been colonized by an unseen and unknown enemy? If you have a choice to collaborate, and by extension have a better life, or revolt, and be punished and possibly killed, what would you do? How would you decide what is right for yourself and your family?

Set in the very near future, ColonyÂ centers on one familyâ€™s struggle to survive and bring liberty back to the people of an occupied Los Angeles. Josh HollowayÂ is former FBI agent Will Bowman and Sarah Wayne CalliesÂ is his wife, Katie, in the series which takes place in a dangerous world of divided ideologies. While some choose to collaborate with the occupation and benefit from the new order, others rebel and suffer the consequences. After being separated from their middle son during the invasion, Will and Katie are willing to do whatever is necessary to be reunited with him. Thus, when the powerful Proxy Snyder (Peter Jacobson) offers Will a chance to get his son back if he will collaborate with the occupational government, Will and Katie findÂ themselvesÂ faced with the toughest decision of their lives. They will have to go beyond whatever they thought possible, risking their lives and their relationship to protect their family.

TV Goodness participated in the press room for the series, where we talked to Josh Holloway, Sarah Wayne Callies, Peter Jacobson and EPs Carlton Cuse and Ryan CondalÂ about what this version of the future looks like, theirÂ characters and how they react to being colonized.

PeterÂ on playing the villain and how the show is a mix of scifi and political thriller:

EPs Carlton Cuse and Ryan CondalÂ onÂ the state of this world and who these characters are: 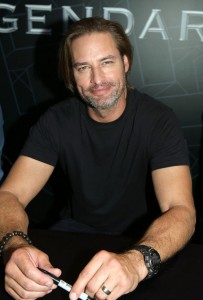 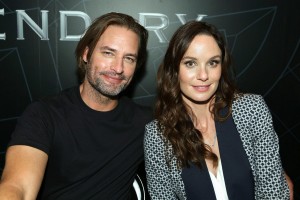 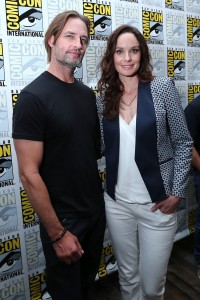