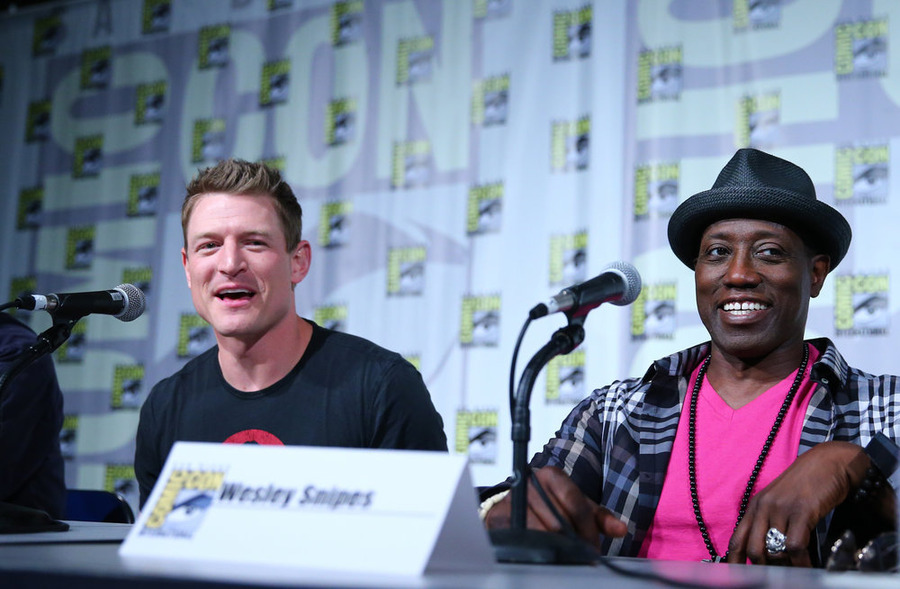 Wesley Snipes and Philip Winchester. The two actors can do no wrong when it comes to action. Bring them together in one series — we’re willing to make a bet thatÂ it won’t be anything but explosive.

Series Synopsis: From the executive producers of The Blacklist and starring Wesley Snipes and Philip Winchester (Strike Back, Fringe) comes an action-packed Las Vegas thriller about a former military operative turned security expert who is drawn into a high-stakes game where an organization of wealthy individuals gamble on his ability to stop some of the biggest crimes imaginable from playing out. Can he take them down from the inside and get revenge for the death of his wife, or is it true what they say: The house always wins.

At Comic-Con 2015, Snipes, Winchester and EP John Rogers (Leverage, The Librarian) talked about the show, working with each other and those ’80s-style action scenes that are headed our way this fall.