The Vikings Get Their Asses Kicked, Vikings “To the Gates” 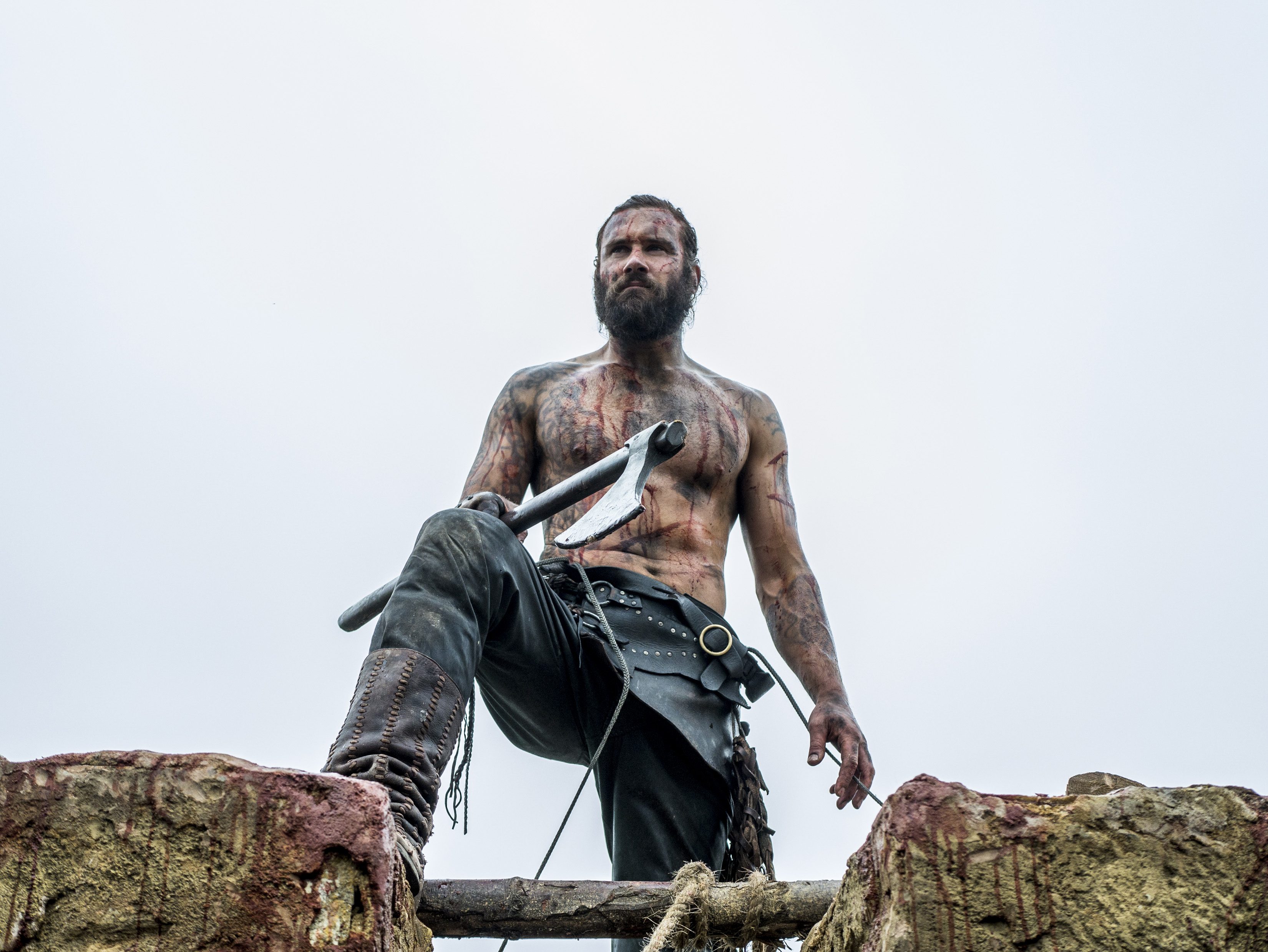 I don’t even know what to say right now. The French handed the Vikings a loss of massive proportions. We’ve never seen our favorite raiders at this much of a disadvantage.

By the way, what does it say about a show that makes me care for its characters so much I root for them to defeat the citizens of the land they’re trying to raid? I mean, it’s entitlement to the nth degree. They see Paris. They want Paris for themselves. And they’re willing to go to battle for it. It’s the sign of a good show, that’s for sure. I guess it’s all about perspective. I keep having to remind myself that the French aren’t really the villains here. They’re just trying to defend their land.

And what a defense they mounted, huh? First of all, the city’s fortified so well. And while I think the Vikings would have it all over the French when it comes to hand-to-hand combat, there really wasn’t much of that going on, was there?

Oh no. The French countered with everything but using their hands. They had a ton of weapons — way more sophisticated and deadly than the crude axes the Vikings use. Ragnar, Bjorn, Rollo, Lagertha, Kalf and the rest of the Vikings have to scale up the walls; break through the barriers and at each turn the French had an answer for them. It was almost embarrassing. Floki thought the gods were on his side. Boy was he wrong.

The French even doused the Vikings in oil and then lit them up good. It was brutal. Bjorn was seriously injured. Ragnar, who in my eyes is almost invincible, was thrown over the wall and fell hard to the ground. Ragnar and his internal bleeding self had to drag his son to safety. A shirtless Rollo couldn’t understand why his brother let Bjorn scale the wall. But Ragnar seemed proud that his son took the initiative. He acted like a leader and that pleased the king.

When this battle was over (there’s going to be more you just know it), the French surveyed all the dead bodies that lay at the foot of their city. They were no longer afraid of the Vikings. Like I said, it was nothing like we’ve ever seen before on this show.

But Ragnar’s stubborn. He got a glimpse of the city and he was instantly in awe. So he’s going nowhere. At one point he goes off by himself and consults the one man he trusts over everyone else. Ragnar continues to turn to Athelstan even though he’s gone forever.

Ragnar: “Ahh, Athelstan. I hope you can hear me, Athelstan and I’m not just talking to myself. (he sits down) What? Do you think I went too far with Floki? Can you actually believe that he thought I would let him lead without my having an agenda? If I was him, I would worry less about the gods and more about the fury of a patient man. And as well you know, I can be very patient. I wish you were here. Paris is everything you told me it would be. And I am bound and determined to conquer it.”

Okay. 1. Floki better watch his back. He’s not really in his right mind right now but he better figure out a way. Ragnar’s a patient man, he said. So his payback or revenge or justice or whatever you want to call it is going to be meted out for sure. We just don’t know when or where or how. That’s scarier than anything, don’t you think? And OMG. I am so happy RagnarÂ continues to mourn for Athelstan but I get the sense he wouldn’t mourn as well or as hard for any of the women in his life. I feel like it’s something he saves for Athelstan or his children and that’s it.

In other news, what in the world is going on between Lagertha and Kalf? They end up hooking up after the agony of their defeat. But she tells him it’s on one condition — she wants him to know that she’s not going to forgive or forget that he usurped her earldom. And that one day she will kill him. Hopefully he won’t kill her first. Don’t forget about that pesky little prophecy The Seer unleashed on Lagertha in the first episode.

And Floki’s a hot mess, pun intended, since the fire was roaring all around him when he gave his insane Shakespearean-like soliloquy about the gods abandoning him. He seems to be taking the blame for this defeat because of what he’s done. I’m glad to see that his actions are taking a toll. What kind of toll Ragnar will take on his ass is another matter. Right now, it’s like Ragnar’s playing a psychological game with Floki. I wonder if/when it’s going to turn physical. I’m here for that.

This was a tough battle to watch. But it was epic in scope. And now the Vikings know what they’re facing. It’s time to regroup. It’s time to rethink their battle plan. They have probably realized this is less of a Hulk Smash Paris kind of thing. It has become more of a chess game.

Count me in for the final two episodes of season three. Vikings airs Thursdays at 10/9c on HISTORY.

The Musketeers “A Rebellious Woman”

Game of Thrones “The Dragon and the Wolf”

Dancing with the Stars “Season 25 Week 10” The Finals