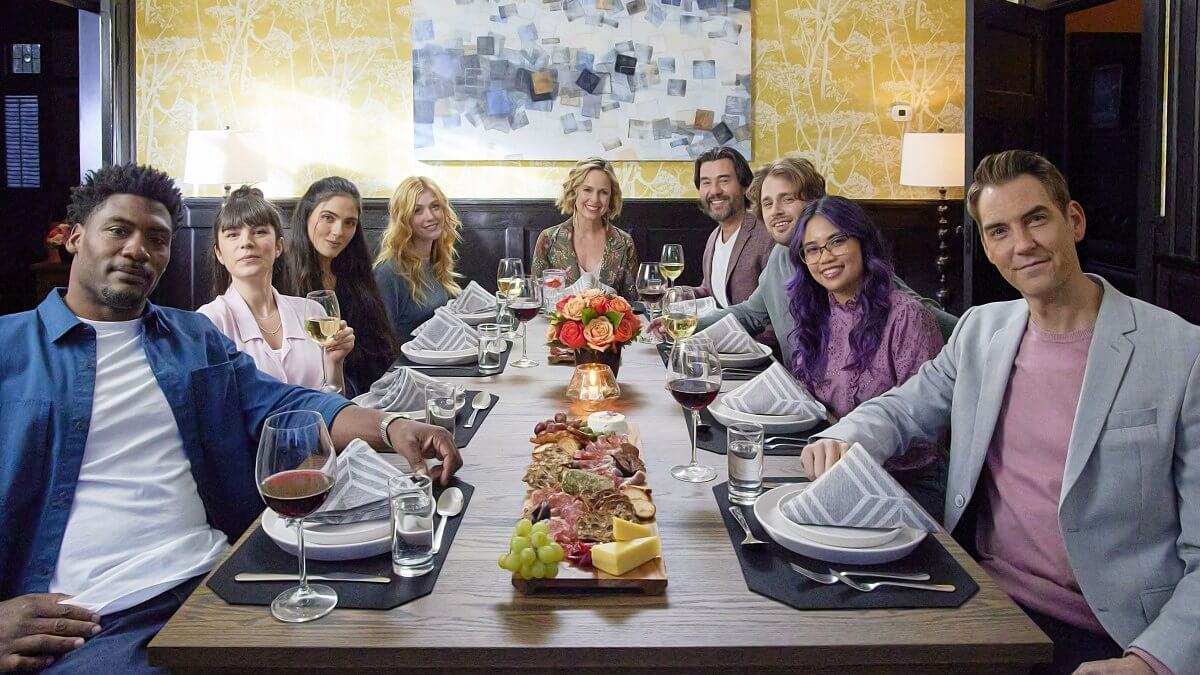 Hallmark Channel’s Love, Classified, premiering Saturday on Hallmark Channel and W Network, is a refreshingly progressive romcom that spends a goodly amount of time avoiding labels and actually has someone say out loud, “She’s evolved enough to admit that human sexuality exists on a spectrum.” I know!

The film follows bestselling author Emilia Bloom (Melora Hardin), who heads to her hometown for the last stop on her book tour. Her arrival isn’t exactly welcome. Back for the first time since leaving town after the death of her husband five years earlier, she’s returning to an estranged daughter, Taylor (Katherine McPhee), and a son, Zach (Max Lloyd-Jones), who’s become a peacekeeper between them.

Once she’s home, Emilia tries to repair old wounds and catch up to who her kids have become in her absence. Artisanal plant shop owner Taylor has met cute with a cardiologist, Franki (Arienne Mandi), while Zach is trying to start his own career as an artist. The initial throughline is a local all-purpose networking app called Classifie, which makes for a lot of onscreen bubble reading (much easier to do on a laptop than feet away from your TV but YMMV on that).

Written by Lynn Sternberger (who was a writer on Hardin’s The Bold Type) and directed by Stacey N. Harding, the film includes several familiar Canadian faces and one surprise I won’t spoil. Baraka Rahmani play’s Taylor’s Gen Z assistant, Hannah. Louriza Tronco plays Margot and Steve Bacic plays Brian, the respective manager and owner of the bookstore hosting Emilia’s signing, which is holding up a project for Zach, who wants to do a mural for their wall. Jamall Johnson plays Franki’s BFF, Max and Matthew Kevin Anderson plays Emilia’s editor, Graham.

It’s a nicely balanced story, mixing an ensemble of family and found family in a modern, open-minded romcom that embraces love for everyone.

Love, Classified premieres at 8 pm/7c Saturday on Hallmark Channel in the US and W Network in Canada. Here are a couple of sneak peeks.

Harold Perrineau Talks From + A Preview of "Into the Woods"