Harold Perrineau Talks From + A Preview of “Into the Woods” 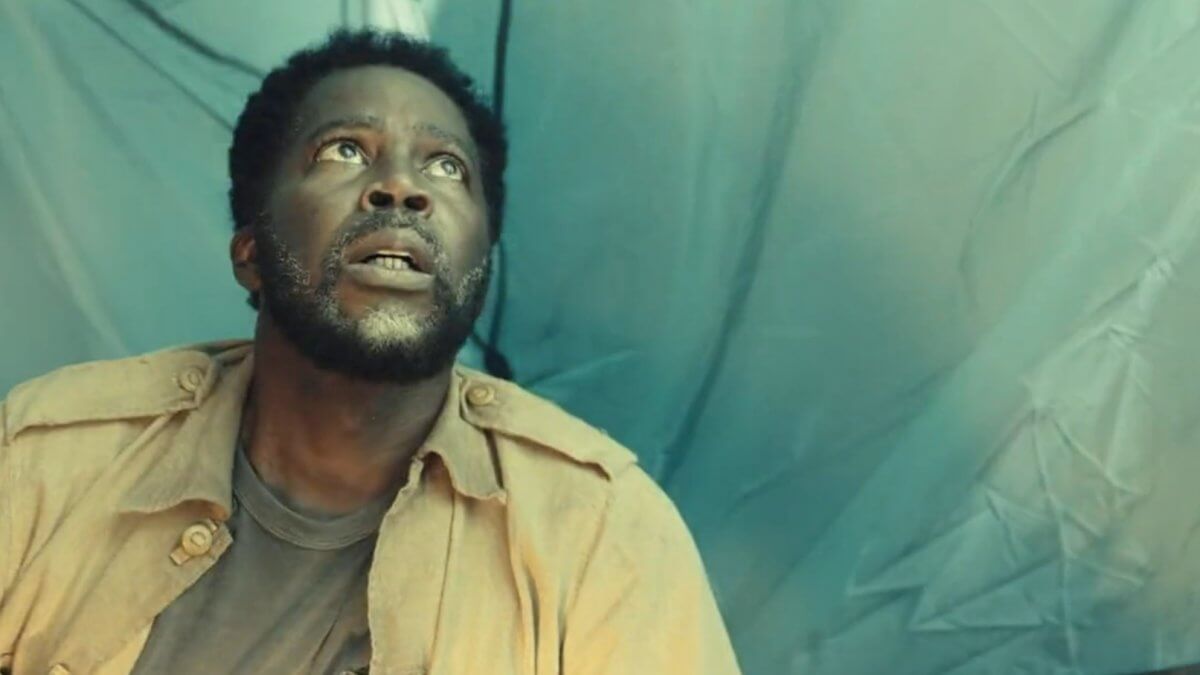 With just two (linear) episodes left this season, EPIX’s From sends Boyd and Sara “Into the Woods” (which is also the title of episode 9).

In the episode written by John Griffin and directed by Jeff Renfroe, look for:

As we head into the home stretch for the first season, I had the chance to chat with Harold Perrineau about Boyd’s journey so far, and those emotional moments throughout. Boyd is a character who’s grappling with his own mortality, and the creatures out in the woods aren’t the only threat to his life, so everything he does is a balancing act. Perinneau knew coming in that Boyd had some complex, unique challenges.

“Given those circumstances, I wouldn’t be able to talk about it, either. And so it makes perfect sense for Boyd [to focus on the larger issue with the town]. I need to talk about what’s happening. I need to figure out where we’re going and that is so much what Boyd is about. I don’t know the answers to everything, but what I do know is I’m going to get us out of here and that’s what I’m going to work on. And so I think it gave me a great push to start the show off.”

Boyd’s wing man up until episode 7 was Father Khatri (pour one out), but we’ve also witnessed an alliance with Donna. They each watch over separate sections of the townspeople, but they both have the greater good in mind, even when they get on each other’s nerves. “They are allies and they have to be because at the end of the day, they have the common goal, which is to survive…to make it through whatever these nightmarish things are in the woods,” he explains.

“And if we have to be here forever, how are we here forever? And if we can get out, how do we get out? But they are allies. And I can’t wait to find out how they got to where they are. I think it’s really interesting that they have these things and they allude to Boyd making the rules. That’s something I have no idea about but that we’ve made up stuff in our own brains about. I can’t wait to hear that story.”

“It’s really fun storytelling and I’m looking forward to dealing with it. The loss of Khatri, the loss of anybody, really suddenly, that kind of trauma, really just brings into clarity what you have in common more than what you differ about. I like that they’re both really strong and they believe what they believe but they’re going to work together. I love those two characters. They’re fantastic.”

Over the last couple of episodes, we’ve seen Boyd step up with Kenny and then Ellis, and Perrineau loves that about the character. “One of the things that I really admire about Boyd is his ability to step up into whatever he has to do and own where he is and what has to be done in those moments. He may have a hair trigger [and] if you mess things up, he’s not the person you want to talk to, but he’s of service and if there’s a need that you have, he will step up and do it,” he says.

“The difference of opinion between Boyd and Ellis about Abby, those are both [valid]. And what he does is he steps up. He [tells Ellis], ‘I got it. I’m not going to convince you that you should love me the way I love you. I’ve got to let you have your feelings. He steps up and that’s hard. You want to hold your son, but you can’t. So he steps up.”

“And then when he realizes that Kenny [also] sees Boyd [as a father figure]…I was just doing the big, bad sheriff thing. But, no, this kid needs me. And Boyd steps up. The Parkinson’s is coming and he has to get these people out. It’s really interesting because, me being a dad, it’s something that I personally find important. And so then I can infuse that in Boyd, that he feels like it’s important to be a respectful, responsible leader, parent, and friend, and he does it. It’s an admirable quality in a character that maybe has a lot of qualities that aren’t so admirable.”

Check back next week for the rest of my chat with Perinneau, and check back Sunday after the episode for my conversation with Elizabeth Saunders. From airs Sundays at 9 pm/8c on EPIX and is streaming online at EPIX’s website and through EPIX on Prime Video. Our previous coverage is here. Here’s a sneak peek of “Into the Woods.”

Photos and video courtesy of Metro-Goldwyn-Mayer.

Graceland Preview: Three Things You Should Know About “O-Mouth” [PHOTOS and VIDEO]