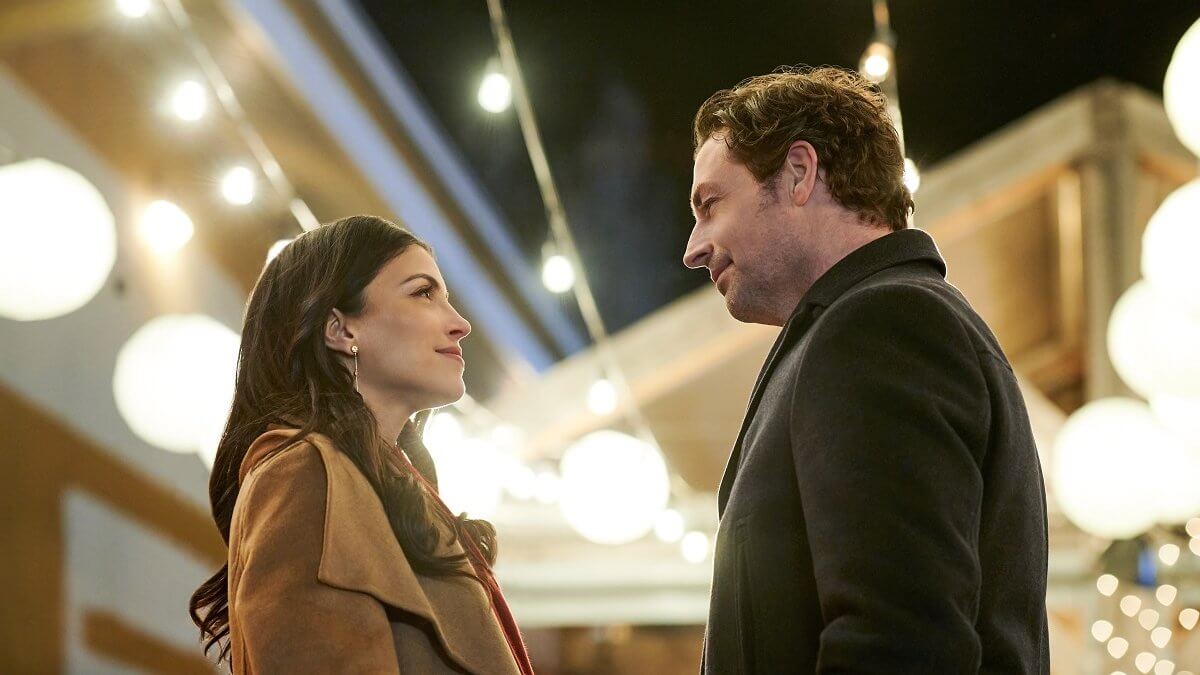 Saturday night, Hallmark Channel rolls out an amnesia-themed romance starring Nazneen Contractor and Brennan Elliott, The Perfect Pairing follows Christina (Contractor), a jaded food critic who writes under the moniker “C.J.,” as she heads to upstate New York for an assignment covering a wine festival. After a series of errors that find her losing her purse and her luggage and hitching the wrong ride, she lands at the vineyard run by Elliott’s Michael.

That’s complicated because she previously trashed one of his releases, which nearly tanked the winery when buyers pulled out. When Christina realizes where she is, she quickly backpedals, trying to get back to the train station and on her way to the right destination, but before she can leave, she slips and hits her head and comes to with no recollection of who she is or her history with Michael.

The new, rebooted Christina, who introduced herself to Michael, before the fall, as “Joy,” approaches life from a much more optimistic angle than Christina. And she bonds with the widowed Michael and his young daughter, Britney (Zarina Rocha), father, John (Art Hindle), and brother, Gene (Richard Waugh), as well as Diane (Genelle WIlliams) who works at the winery. She also helps Michael try to launch a unique ice wine, a Hail Mary intended to get the winery back on track and repair his relationship with his John, which took a hit when the business had trouble.

While she’s doing that, she’s unaware people are actively looking for her because she didn’t show up at the bed and breakfast where she was registered. One of them is her boyfriend, Kevin (Steve Byers), who was supposed to make the trip but bailed for work. Their relationship is perfectly fine, but not progressing forward, so when she ghosts him, he assumes it’s intentional, yet goes to look for her anyway.

As is typically the case with characters Byers plays, we’re rooting for him in the mix, too. Note to Hallmark: it’s been a minute since Byers headlined one of these, if y’all went to get on that. Please and thank you.

When Christina’s past catches up with her present and she recognizes the ramifications her words had not only on Michael’s winery but the family behind it, she works to set things right for them and put herself on a different path. But can Michael reconcile C.J.’s actions with the Joy he’s come to know, and can he forgive her? Don McBrearty directs a script by Rickie Castaneda & Megan Hocking and Julie Sherman Wolfe.

The Perfect Pairing airs Saturday at 8 pm/7c on Hallmark Channel in the US and W Network in Canada. Here’s a sneak peek.

Previewing Don't Forget I Love You