SurrealEstate Preview: “A House Is Not a Home” 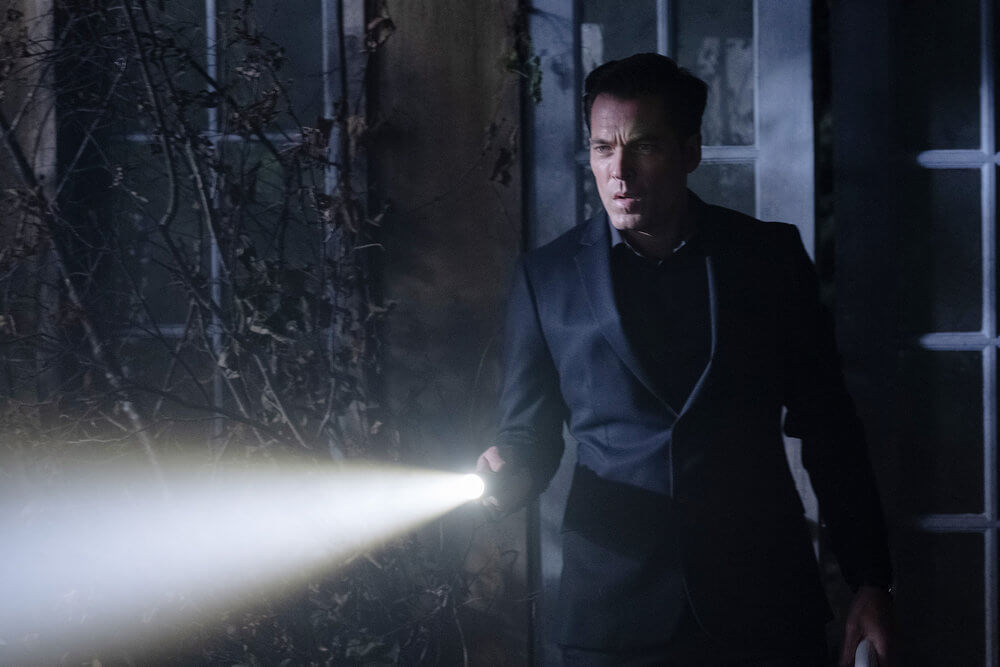 This week on SurrealEstate, the team divides and conquers when Luke is solicited by a former rival to investigate a series of dangerous incidents in a neighborhood of new builds while Susan tries to pacify a persniskety pair of influencers played by Star Trek: Discovery‘s Patrick Kwok-Choon and Chesapeake Shores‘s Laci J. Malley.

Luke’s assignment is a bit tricky because the issues arise in tandem at multiple homes, expertly timed to the exact moment, so he has to chase down the source and then work his way backward. Before that, though, we get a very funny OK Corral-esque scene when he and his fractious frenemy try to outswagger each other.

Susan’s case sends her to the coast, where a married couple have just settled into their picture-perfect abode, which isn’t quite as IG-ready as they demanded, and Susan’s fee is hanging in the balance. She dives in with just a hint of WTAF until she realizes they have more trouble than just mismatched paint and a potential water leak.

Phil turns over some unsettling history on both the jobs, and when he and August don’t find the actual party responsible for Susan’s boogedy, she sequesters Zooey for a sleepover that actually helps bring the women closer to each other’s point of view on things. Susan also gets to do a very badass thing that leaves even Zooey impressed.

Luke solicits August’s advice on dealing with the devil you know vs. the devil you don’t, and later has a very vulnerable discussion with Megan about his experience at her house. It’s a really lovely moment in an episode that’s full of them. Danishka Esterhazy directs a script by Duana Taha.

SurrealEstate airs Fridays at 10 pm/9c on Syfy in the US and CTV Sci-Fi in Canada. The first three episodes are now streaming on the networks’ websites, and you can catch our previews and an interview with Tennille Read here. Here’s a sneak peek of “A House Is Not a Home.”

Photos and Video Courtesy of Syfy.

SurrealEstate Preview: "For Sale by Owner"

Doctor Who Preview: “The Rings of Akhaten” [VIDEO]