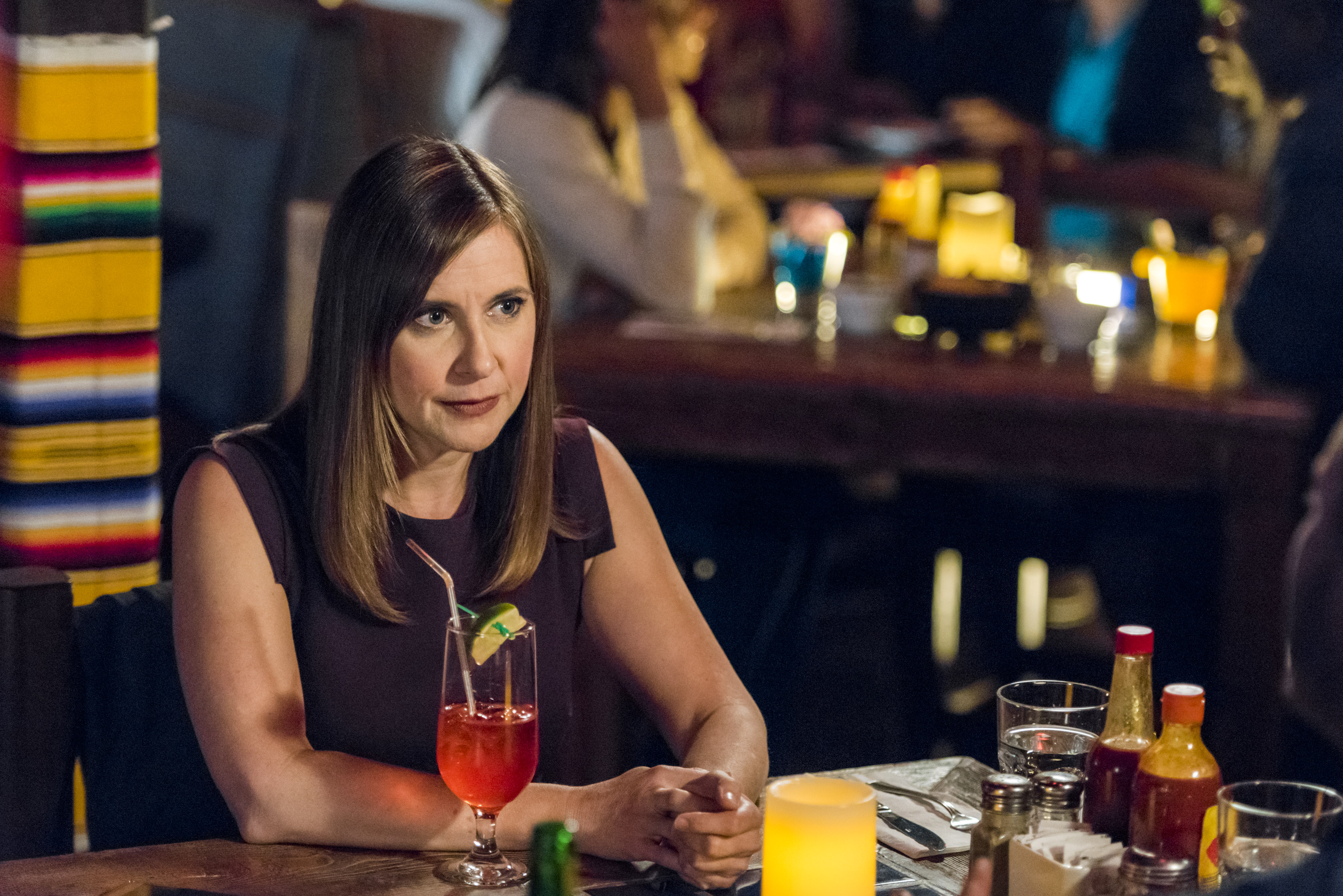 The Hailey Dean Mystery franchise returns to Hallmark Movies & Mysteries Sunday with its third film, Dating is Murder. This time, Hailey (Kellie Martin) is pulled into a missing person’s case that dovetails into the rise of a new dating app that her partner, Sabrina (Emily Holmes), happens to be using.

After taking a bit of a PD break and refocusing on her private practice, Hailey doesn’t need much of a push when her Mom (Susan Hogan) asks her to help look into the disappearance of the daughter of one of her friends. Pretty soon, “looking into” becomes a full-on, leap-in-with-both feet investigation that hits a little too close to home.

Danny (Giacomo Baessato), Fincher (Viv Leacock), and Monty (Lucia Walters) are happy to have her back in action, and even Jonas (Matthew MacCaull) has figured out that it’s better to just go along on these things. He does get his feelings bruised over mixed signals, but it’s nothing too serious.

The cast also includes Murder She Baked‘sÂ Toby Levins, who we just saw last week in Gourmet Detective, as Wade, the founder of the dating app, andÂ Kieran Sequoia as his partner, Jessica, plus another fun cameo by Nancy Grace.

Newcomers to the series and Hallmark, Michael Robison (a familiar name from shows like The Originals, Killjoys, Eureka, and several sci-fi shows) directs a script by Michelle Ricci (Murdoch Mysteries and the upcoming Frankie Drake).

The chemistry is really good across the board, and it’s nice to see everyone settling into their characters and relationships. More, please.