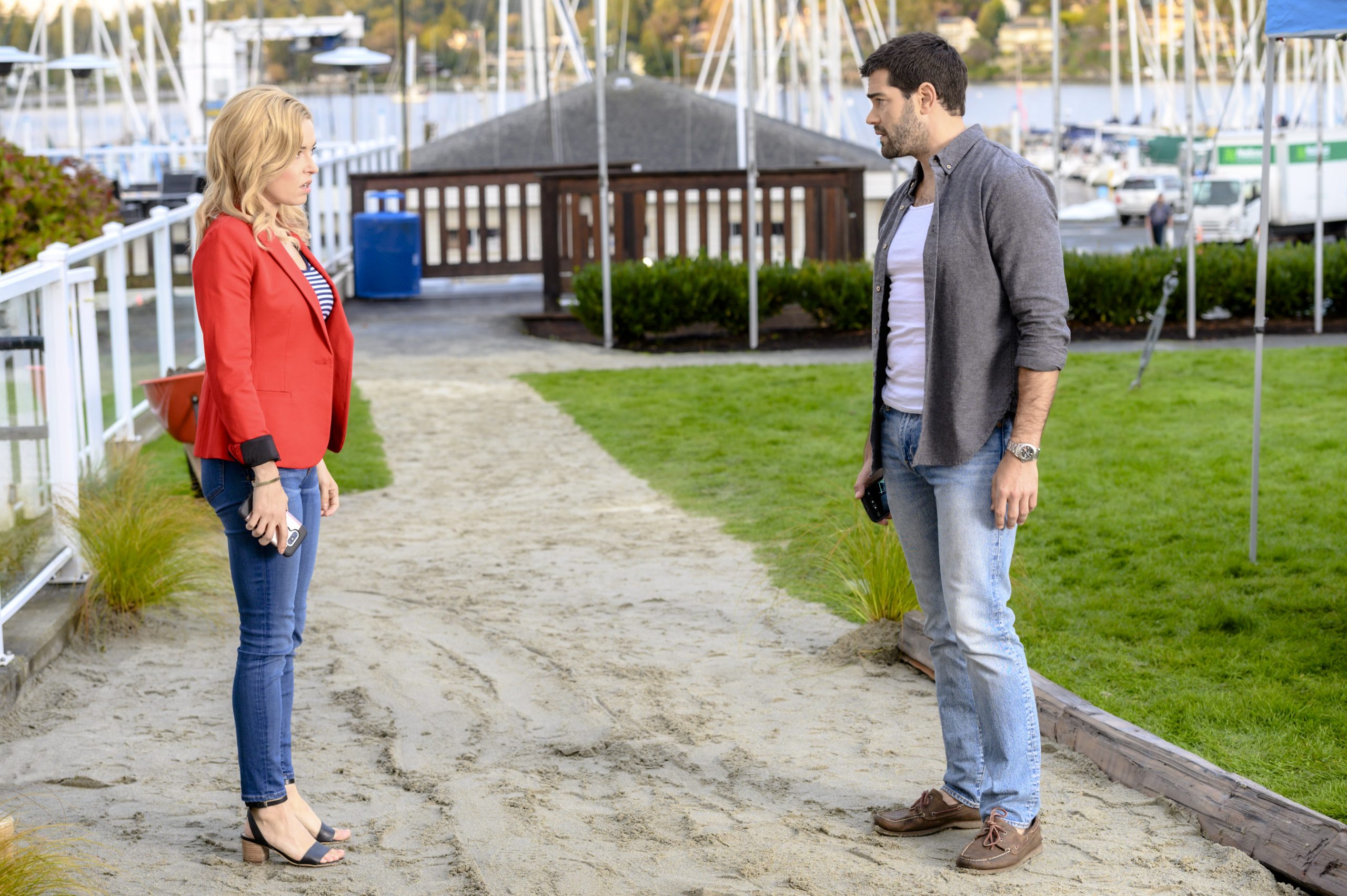 Jesse Metcalfe segues into the world of the mystery wheel movies this weekend with A Beautiful Place to Die: A Martha’s Vineyard Mystery, a potential new procedural franchise on Hallmark Movies & Mysteries (that will premiere in tandem on Hallmark Channel) Sunday night at 8 pm/7c.

Metcalfe plays former Boston detectie Jeff Jackson, who’s returned home to Martha’s Vineyard after being shot in the line of duty. He’s there to recuperate and settle his father’s affairs, and has also settled into a quiet life working on people’s boats.

Slowly folding back into life on the island includes reconnecting with police chief Madeiras (Eric Keenleyside) and his daughterm Zee (Sarah Lind), who I watched forever ago in Canadian teen drama Edgemont, in her Hallmark debut), a doctor and the acting medical examiner.

The trio end up in increasingly close contact after Jeff discovers the body of Ray (Keenan Tracey), a visitor who was keen on meeting one of the town’s leading philanthropists, in the water at the end of the dock. He agrees to help with the investigation, and while his instincts are still spot on, the PTSD of his injury and losing his partner also lingers. That’s problematic when the investigation puts him and Zee in harm’s way more than once.

It’s a solid first outing, and Metcalfe, Lind, and Keenleyside have a nice chemistry that easily sells the idea that their characters are father/daughter and have had a lifelong friendship. The movie has a self-contained mystery and sets the stage for films to follow.