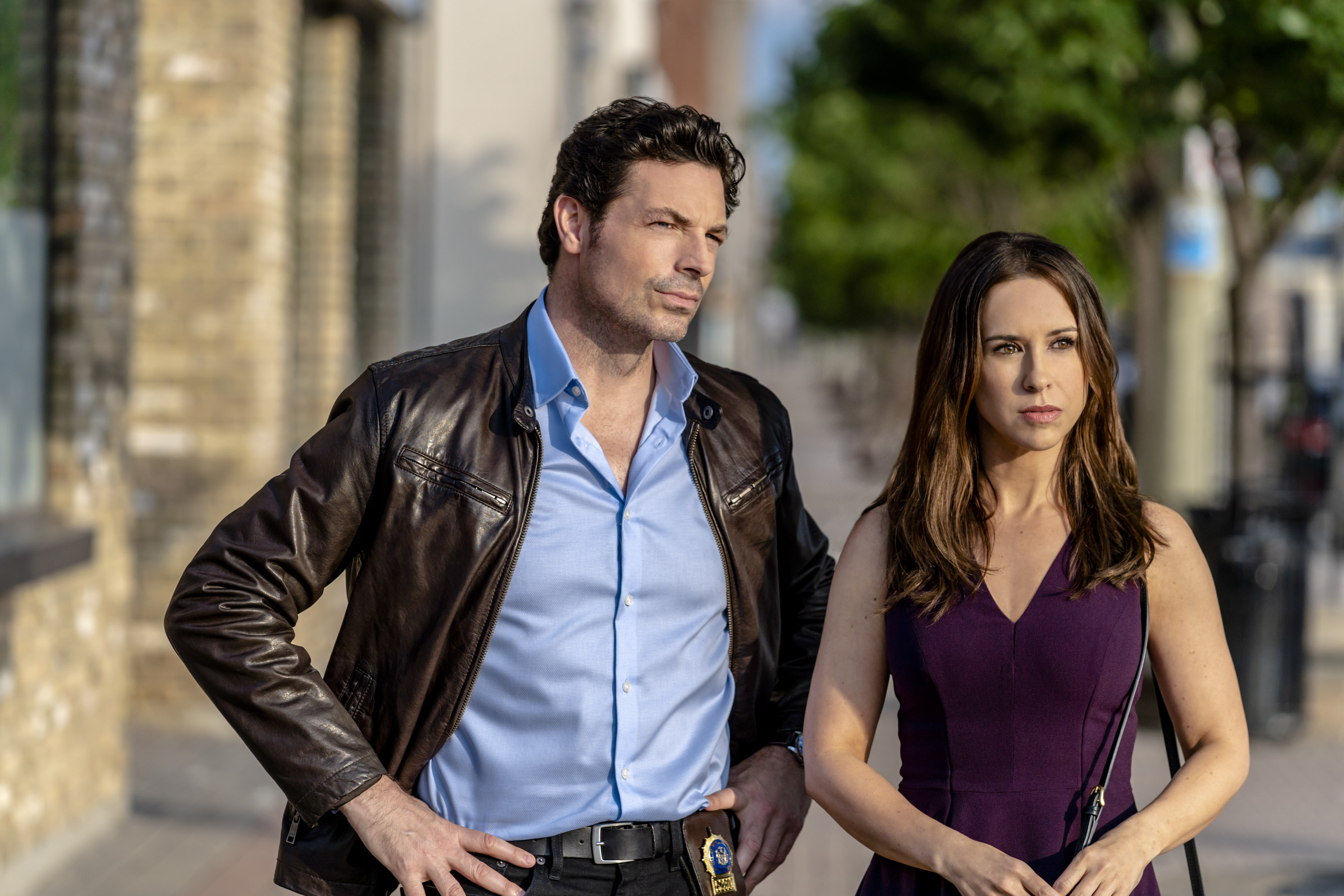 Before Hallmark Movies & Mysteries dives into its two-month run of nonstop Christmas movies, it has two more installments of Crossword Mysteries to unveil tomorrow night and next Sunday. [Update: Abracadaver has moved to January 2020 due to the network kicking off Christmas movie season a week early.]

Seven months after A Mystery to Die For, the pair of premieres brings back Lacey Chabert as New York Sentinel crosswords editor Tess Harper, whose flair for puzzles also comes in handy for homicide and her All of My Heart co-star, Brennan Elliott as detective Logan O’Connor, Tess’s partner in (solving) crime. Barbara Niven and John Kapelos also return as Tess’s Aunt Candace and Logan’s dad, Chauncey, who also happens to be the police chief.

Here’s what to expect from the new movies:

When Tess’s old friend is found murdered on the day her crossword puzzle includes his proposal of marriage, Tess unofficially teams up with Logan to find the killer. Together, they must assemble the pieces of a puzzle with origins that go all the way back to WWII Europe. Don McCutcheon directs a script by Gregg Rossen & Brian Sawyer. Pure‘s Alex Paxton-Beesley and Designated Survivor’s Lara Jean Chorostecki guest star. Romaine Waite (Frankie Drake Mysteries) guests in both movies.

After a magician drops dead in the middle of a performance, Tess and Logan team up to discover exactly whose sleight of hand is behind what turns out to be a premeditated murder and uncover the not-so-obvious clues. Jonathan Wright directs a script by Hallmark first-timers Cecily Rhett & Kathryn Rhett based on a story by Gregg Rossen & Brian Sawyer. Rookie Blue‘s Noam Jenkins and Slasher‘s Kaitlyn Leeb and Paulino Nunes guest star.

The first film, A Puzzle to Die For, repeats tonight at 9 pm/8c. Here’s the full preview special and an interview with Lacey from Home & Family this week.

What to Expect from Season 4 of the CW's Riverdale