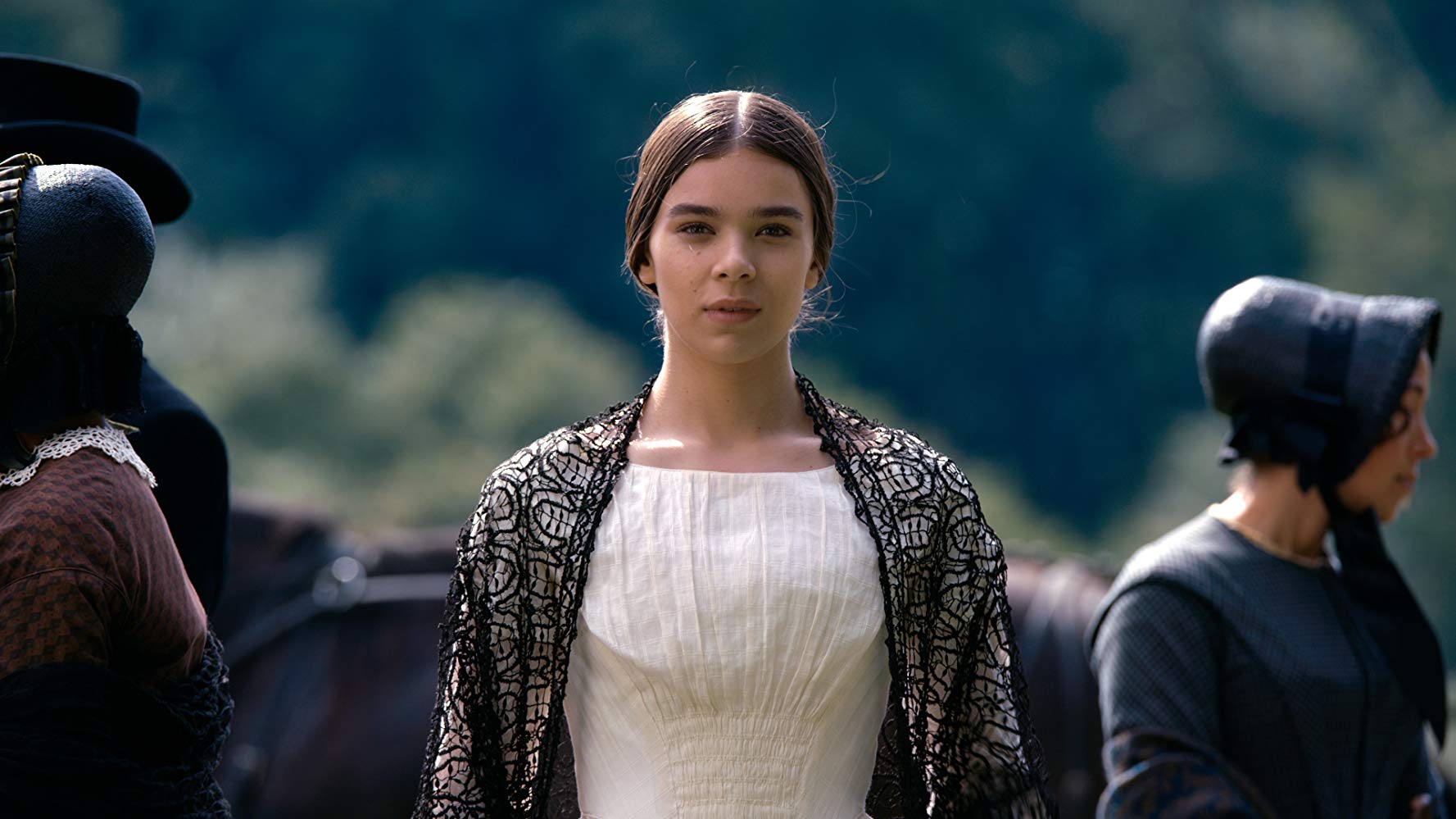 Apple TV+ launches this Friday with an impressive slate of originals, and this week, we’ll be previewing some of them for you. Up first, Dickinson, a half-hour series that takes what we think we know about poet Emily Dickinson and runs it through a Millennial blender of modern-day language, music, and societal politics.

Created by The Affair‘s Alena Smith and headlined by Hailee Steinfeld, who’s also an executive producer, the series follows Emily as a young woman in that literal no man’s land of post-school and pre-marriage. Her mother (Jane Krakowski) is working really hard to resolve that latter one, despite her insistence that she won’t be raffled off.

Her sister, Lavinia (Anna Baryshnikov), would love nothing more than to be matched to a suitor, but as the sister who’s most helpful with the housework, she’s instead been designated to remain in that position forever.

Taking a page from Steinfeld’s excellent The Edge of Seventeen, which you really need to watch if you haven’t yet, the series portrays Emily as the daughter of a well-heeled Amherst, Massachusetts family. She’s a daddy’s girl to her father, Edward (Toby Huss), through and through, except when they butt heads about her desire to write and pursue an education. Then they fight as hard as they love.

Her brother, Austin (Adrian Enscoe), is engaged to her BFF, Sue (Ella Hunt), which is additionally complex because she doesn’t want to lose her most important relationship, and Austin’s a bit of a dolt. Her other friend, George (Samuel Farnsworth), would marry her but she’s got him placed firmly in the friend zone. She’s also flirting with Death himself (a super fun Wiz Khalifa).

The tone of the episodes made available is a bit of hybrid–straight storytelling with current music and dialogue interspersed with Dickinson’s words layered onscreen over occasionally jump-cut camera work. The result is part music video, part teen/family dramedy, and all a good time.

I’ll watch Steinfeld in anything, so she’s my hook here. Per usual, she’s very good, making us care about a character who could easily teeter into being insufferable.

In Emily’s heart of hearts, she knows that what she wants for herself and those she loves is bumping right up against societal norms and gender conformity. On the surface, she’s gleefully flouting that at every turn, but then she weighs the harm it might do and course corrects ever so slightly, ceding no ground but keeping the peace.

The entire first 10-episode season Dickinson premieres Friday on Apple TV+, which will be available in over 100 countries through the Apple TV app on iPhone, iPad, Apple TV, iPod touch, Mac and other platforms, including online (tv.apple.com), for $4.99 per month with a seven-day free trial.

Even better? Dickonson has already been renewed for a second season. Here’s a sneak peek.

Photos and Video Courtesy of Apple.