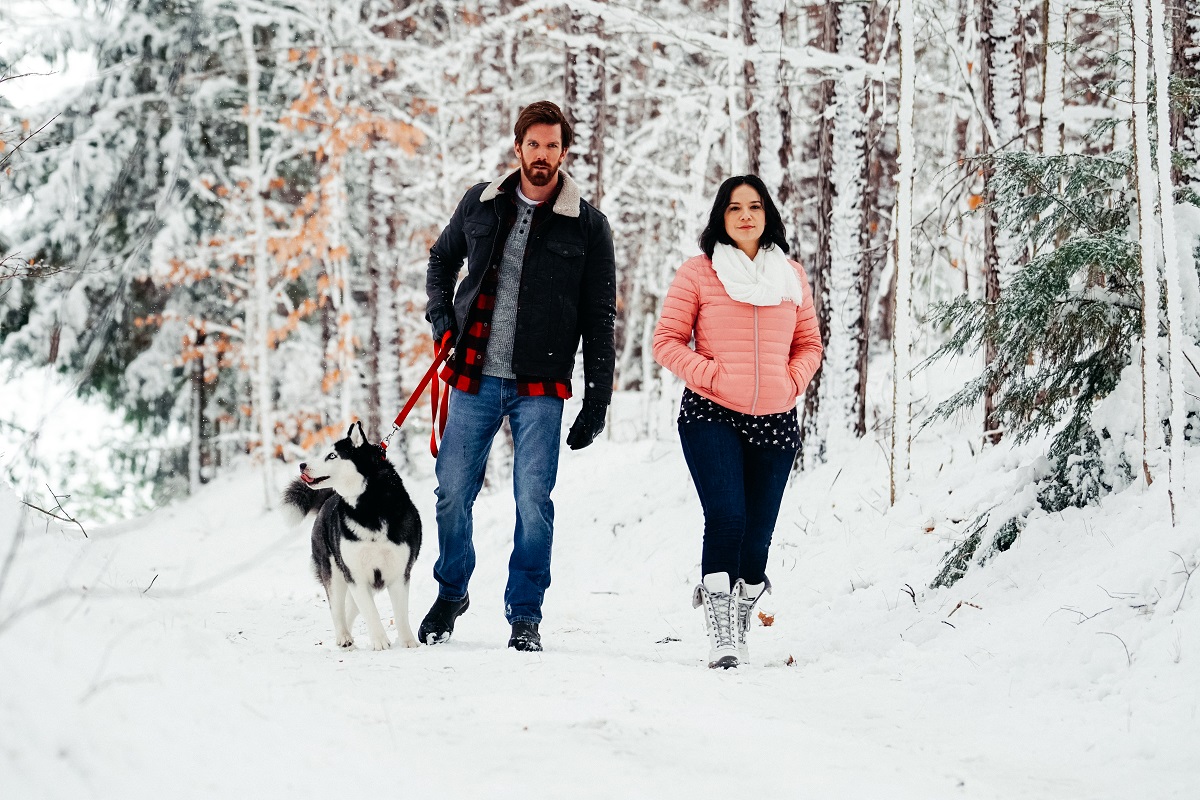 In one of the last TV movie respites before Christmapalooza takes hold, Saturday night, UP Television premieres the completely charming Love, Alaska, a romance set in the titular town that follows the reunion of childhood BFFs after the intervening years took them on very different paths.

Sarah Podemski (Tin Star) plays Maggie Richards, a doctor who leaves her best girlfriend, Andrea (Kimberly-Sue Murray of Shadowhuters), and her life in the city to relocate home and take over the town clinic bequeathed to her by her beloved late uncle, Tobias. Victor Zinck Jr. (The Sweetest Heart) is Finn Rourke, a pilot and veteran with PTSD who’s been back home for a while, flying charters for his brother, Declan (John Bregar).

Maggie’s arrival coincides with an annual festival run by her friend, Hazel (Pure‘s Lanette Ware). that brings in women from around the world to find their true loves in Love. One of those potential suitresses, Australian Emma (DWTS‘s Kym Johnson Herjavec), takes a fancy to Finn while local Hank (Joey Fatone) sets his eyes on Maggie. You can guess where that might be going.

When Hazel’s husband, Jasper (The Expanse‘s Martin Roach) shares that Tobias left Finn an inheritance, too, with a stipulation that he help Maggie get the clinic into shape, they’re forced together for the weeks that it takes to clean it out, redecorate, and reopen.

What starts out rocky and awkward becomes familiar and friendly, and although everyone in town is ready to pronounce them the latest Love match, they’re not there yet. Until they are.

Finn was already on his way to California when Maggie arrived, and when they grow close, instead of that urging him to slow those plans down, it speeds him toward the exit even faster. Pretty soon he has to look at why that is, and Maggie has to determine whether she’s ready for this complex new version of her old, dear friend.

I really liked this one. Podemski and Zinck, Jr. do a very good job of convincing us these characters were once besties–and only besties–which is a nice variation on picking up the “lost love” mantle.

Here, they play two people who have shared childhood memories but whose adulthoods were shaped by very different life experiences. When they reconnect through that old bond, they find each other all over again as who they are now. It’s really sweet and heartfelt with moments of also letting itself be goofy and silly. Kind of like old friends do.

Love, Alaska premieres Saturday night at 7 pm/6c on UP Television and repeats at 10:57 pm/9:57c. Our Canadian friends can also catch it Saturday night on Super Channel Heart and Home at 8 pm/7c and 11:05 pm/10:05c and repeating through November. Here’s a sneak peek.

Photos and Video Courtesy of UP Television.