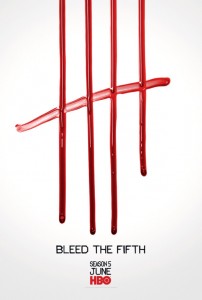 What’s especially exciting about the new season of True Blood is the injection of a new crop of characters that includes several members of the Vampire Authority. While we do think this supernatural drama already has a massive amount of great characters (emphasis on massive), we’ll allow this influx of fresh blood for a couple of reasons. From a story aspect, some of them are going to make life interesting for the vampire population of Bon Temps. Their presence definitely raises the stakes (pun intended) as the show veers towards the political and away from the witchiness of last season (yay!). And from a more shallow perspective, we didn’t think the show could get any hotter, but we were wrong. We’ve got crushes on the new guys, specifically, three sinfully hot vampires and a super sexy soldier. The eye candy continues to grow and how can that be a bad thing?

Actor: Christopher Meloni of Law & Order: SVU and Oz
True Blood Character: Roman Zimojic, the head of the Vampire Authority
True Blood Assessment: As the Guardian of the Vampire Authority, Roman is powerful, charismatic and deadly. Oh and he’s also an avid golfer. Love that. How very corporate-y of him.
The Crush Factor: So happy that Meloni has made his way back to HBO, where years ago, he spent time as the deliciously evil (and often nude) Chris Keller. We’re looking forward to seeing him in vampire mode. He’s going to be beautiful while baring his fangs; wearing sleek, sexy suits; and making life difficult for both Bill and Eric. And word has it that Meloni’s True Blood vamp will be even more unstable than his former SVU alter ego. More unstable than Detective Elliot Stabler? Talk about a tantalizing rumor. The magnificent Meloni’s addition to this HBO drama is reason one why we’re so excited to watch Season 5.

Actor: Peter Mensah of Spartacus and Terminator: The Sarah Connor Chronicles
True Blood Character: Kibwe, Chancellor for the Vampire Authority
True Blood Assessment: We don’t have much intel on him. All we know is that Kibwe works toward mainstreaming under Roman’s rule.
The Crush Factor: Ever since meeting him as Doctore/Oenomaus in the ludus of House Batiatus, we’ve been fans. He was honorable and brave, and as a former champion in the arena his body was a marvel. We can’t even convey our excitement to see Peter Mensah in this series. We love his look (the beautiful dark skin, the dazzling smile, the chiseled body) and his accent (although we’re not sure we’ll hear it here). He draws us in and we can’t wait to see more – both literally and figuratively.

Actor: Christopher Heyerdahl of the Twilight franchise, Hell on Wheels, Supernatural, Sanctuary and Stargate: Atlantis
True Blood Character: Dieter Braun, one of the five members of the Vampire Authority
True Blood Assessment: Apparently, the awesomely named Dieter Braun, is an ancient, powerful vampire who has some serious interrogation skills, which may not mean anything good for Eric or Bill.
The Crush Factor: Heyerdahl’s mere presence on this show instantly ups the intensity as well as the scare factor. He’s this fierce, talented actor who is also this commanding figure. It all makes him utterly mesmerizing to watch. It’s interesting how his latest character thinks outside the box when it comes to interrogation techniques. He basically played the same kind of thing on Supernatural. The demon Alistair was a master torturer, so we can’t wait to see Dieter Braun in action. Heyerdahl is an unpredictable actor who gets to play some terrifying and exciting characters. It’s this unpredictability combined with a sexy macho exterior that wins us over every time. He’s hot and we can’t get enough of him.

Actor: Scott Foley of Grey’s Anatomy, The Unit, and Felicity
True Blood Character: Terry’s former platoon commander Henry Burton
True Blood Assessment: We think (and hope) we’re about to get some fresh insight into why Terry’s so damaged. Burton is back in town to complete a mission he and Terry started in Iraq.
The Crush Factor: Have you seen the man? Our crush started back in his Felicity days and it’s been going strong ever since. He’s played a number of characters over the years, but we have to admit we like him best when he’s the strong, sensitive type. We doubt we’ll see much of that here though. Looking forward to seeing him bare it all? According to our intel, we won’t see anything even though we feel like it’s a prerequisite to being on the show. Who can we talk to about this? Either way, we’re excited to see him back on the small screen.

We can’t talk about the new blood without talking about all the series regulars we’ve come to know and love. We’ll talk about them later this week in part 2 of our Summer TV Crushes on the guys of True Blood.

The Season 5 premiere of True Blood airs tonight at 9/8c on HBO.