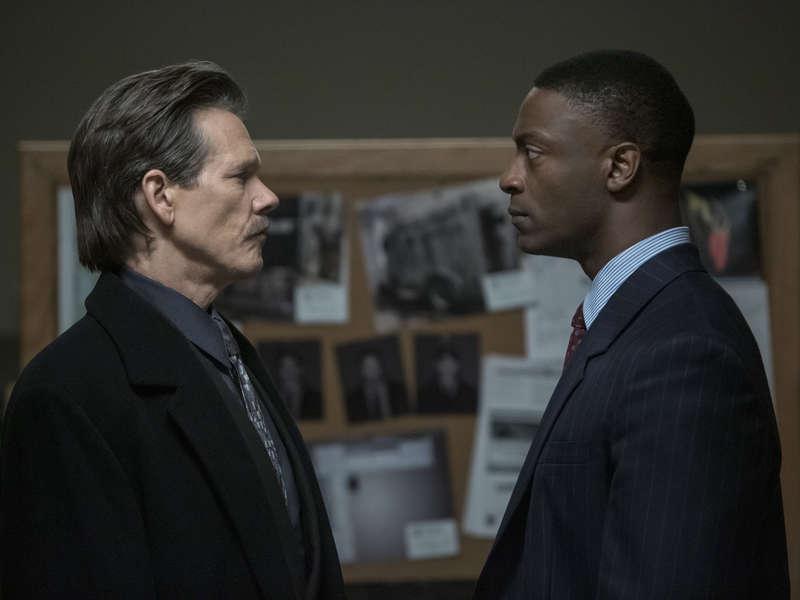 The episode title is actually more profane, but I’m keeping it clean for the headline scanners out there. Tomorrow’s new City on a Hill is a family affair not only onscreen but behind the scenes, too, as Kyra Sedgwick takes the director’s reins for the seventh episode of the freshman season.

While it seemed to us at home that Jackie would connect the dots about Clay’s role in Benedetta’s (Zoe Margaret Colletti) assault, he’s not there yet. Instead, he’s pushing Decourcy and leaning on Jimmy for some forward movement about the armored car case.

Jenny’s response to the attack is much more visceral. Desperate to connect with her daughter, she unintentionally reopens her own old wounds. Kathryn Erbe is back as her friend, Sue, who is surprisingly sympathetic.

Jimmy’s preoccupied with his own family drama. Dottie is still in the hospital and he’s baited his ex into bring the girls up from Florida. That doesn’t stop him from pitching a job to Frankie, which is complicated because of the Ebb Tide arrest. And then his side hustle rears up and puts Frankie in a bad situation.

The Ryan women aren’t faring much better. Kick is acting out in increasingly restless and unstable ways, which brings unwanted attention on the family. Cathy’s trying to damage control that while facing a blast from the past at the hospital that doesn’t help matters.

Decourcy gambles on a bigger fish in the case that he hopes will also address the city’s gun problem and runs into unforeseen roadblocks that Jackie gleefully checks him on. Rachel does some digging of her own when Michaela is sidelined, raising red flags about Jackie that lead to new questions.

Sedgwick directs a script by J.M Holmes and Emily Ragsdale. Once again, it’s a full hour that doesn’t feel overly full. It shows what you can do when you have almost the full hour instead of 44 minutes. There are a couple of big moments in the episode–and one genuine nailbiter–but the rest of the episode feels like stage setting for the final three episodes, which I expect will move much quicker toward the finale. We’ll see.

Photos and Video Courtesy of Showtime

Nikolijne Troubetzkoy Talks Killjoys "Blame It on the Rain" [Exclusive]

Girlfriends’ Guide to Divorce Preview: “Rule #33: When in Doubt, Run Away”