The Balloonman seemed to put the fear of God – or at least the fear of a horrifying death – into quite of few of Gotham’s corrupt citizens. Cops, politicians and anyone in a position of power who was crooked was worried they had a target on their backs. At the same time, Oswald returned to town and managed to get a job working for Maroni. No matter what you think of Oswald’s violent tendencies, that man has a head for business. He knows when to be at the right place in the right moment to turn almost any situation to his advantage. So when Oswald shows up at Jim’s door – just as he and Barbara finishÂ a very serious conversation about what Jim’s capable of – and he calls the detective an old friend, we know things are about to take a turn.

TV Goodness participated in the Gotham press room at NYCC. We talked to a number of the show’s stars including Jim Gordon’s Ben McKenzie. Not only did Ben tell us about how he’s enjoying putting his own spin on this iconic character, but he teases a change we’ll see in his relationship with Barbara at the end of Monday’s “Arkham.”

Politicians on both sides of the Arkham district issue are in danger as the vote approaches; Gordon gets a visit from an old friend. 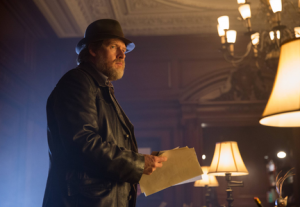 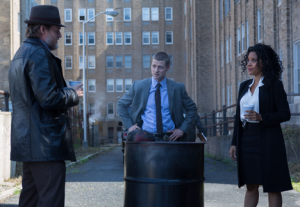 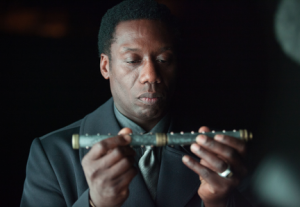 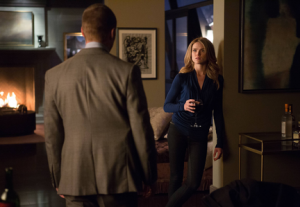 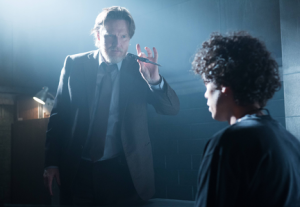 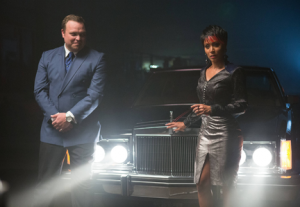 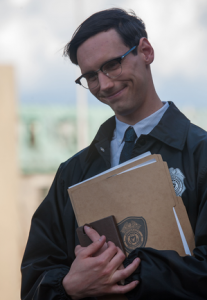 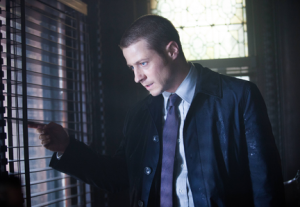 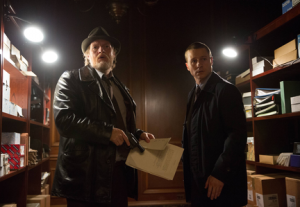 The Walking Dead "No Sanctuary"