What to Expect from Season 4 of the CW’s Riverdale 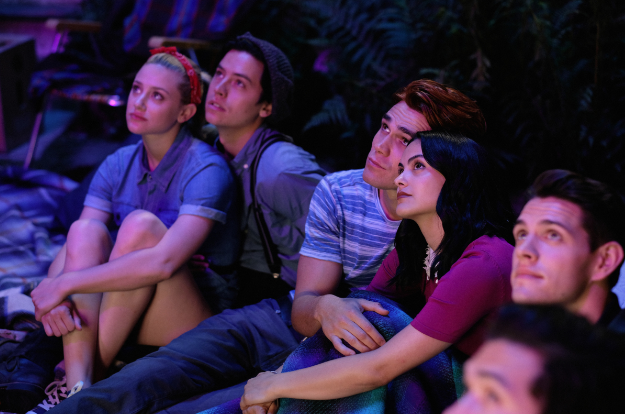 Thanks to a quick glimpse at the end of the season three finale, we know there’s a frightening future ahead for Betty, Veronica and Archie. (By the way, where in the world is Jughead?)

In addition to this new mystery that slowly unravels over season four, the show will say goodbye to Fred Andrews (played by the late great Luke Perry) and will turn its focus onto the Core Four’s final year of high school.

For those of you who want to sufficiently prep for a full season of Riverdale madness, creator Roberto Aguirre-Sacasa laid out some resources and references that may or may not give a big hint as to what to expect in the coming weeks and months.

Let’s just say you may want to study up on:
-The films of Alfred Hitchcock, especially Strangers on a Train and Rope
-The crime novels of Patricia Highsmith like The Talented Mr. Ripley
-The Donna Tartt book, The Secret of History
–Dead Poet’s Society
–School Ties

Heck, we’re going to throw in Less Than Zero and American Psycho simply because in Riverdale‘s recent New York Comic-Con trailer, Jughead is introduced to some preppy guy named Brett Weston Wallis. That sure sounds a lot like Bret Easton Ellis, who wrote Zero and Psycho. Take a look at the trailer:

Over the summer, the Riverdale cast as well as Aguirre-Sacasa talked about what’s in store for season four.

The fourth season of Riverdale premieres tonight on the CW at 8/7c. The series premiere of Nancy Drew follows at 9pm.