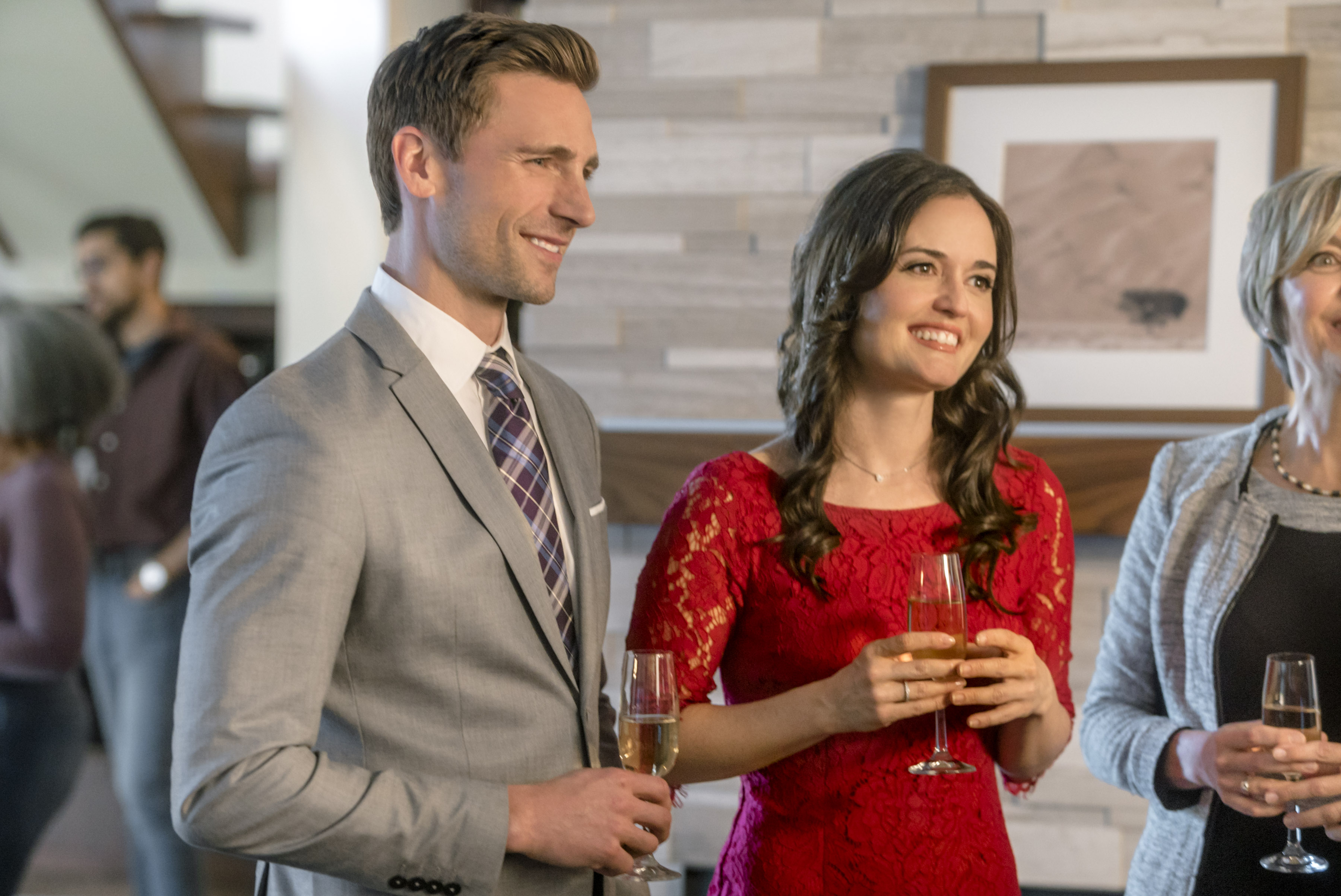 Andrew Walker is one of our TV Goodness favorites, and this Saturday, he returns to Hallmark Channel, starring opposite Danica McKellar for the first time in Love in Design, a movie he helped develop for the network. When we chatted last June for Wedding March 4, he had just completed filming on this one, so we talked about his experience working on the movie.

“It’s super close to my heart because it’s one I am producing as well. A couple of years ago, a friend of mine and I came up with the concept. He wrote a couple of the drafts and then Hallmark went in a different direction and brought in Nicole Baxter [who wrote last weekend’s Wedding of Dreams] to do the polish. She’s great and has written about four films for them. She took it to the next level,” he explains. [The story is credited to David Kowalski and Brian Gottlieb with Baxter retaining the written by credit].

The movie reunites Walker with his The Perfect Catch director, Steven R. Monroe and taps into the surge in home and garden programming, with a rekindled romance thrown in. “It’s a really neat story about a home and garden TV host [Hannah, played by McKellar] who’s been doing her home flipping show for multiple seasons and the show is losing its edge and dropping in ratings a little bit, so the the renovation show needs a renovation,” he says.

“[The network] decides to change up the format. Instead of doing apartments and homes in the city, [she’s] going to flip an old historical property into a bed and breakfast. She gets pulled back to her hometown.”

“I’m [Jeff], her old high school sweetheart from back in the day, and I’ve moved back home and been hired as the lead architect for the preservation committee. I’m overseeing the build out and putting up roadblocks where I can to preserve the historical aspects and it’s affecting her ability to renovate the property in the way she wants.”

“It’s this fun banter back and forth and battle of what she can and can’t do and it brings up a lot of history. We have a ton of history because we’ve tried several times to make it work. I have always had thing for her and feel like she’s the one that got away and vice versa and we reunite on this renovation and fall back in love again.”

Walker didn’t have a hand in casting McKellar but was thrilled when she came on board. “Her name had come up in the past, and I said, ‘If it works out it, that would be great.’ She’s a consummate professional and brings such a great attitude to set,” he shares.”She does a ton of heavy lifting on this project. The number of notes she writes on her script pages on a daily basis is like nothing I’ve ever seen before. She comes to set so well prepared.”

Love in Design airs on Hallmark Channel Saturday night at 9 pm/8c. You can also catch Walker now in select theaters across the US in God Bless the Broken Road, which he chatted with us about while filming the movie in 2016. Here’s a sneak peek of Love in Design.

Killjoys Preview: "The Kids Are Alright?"