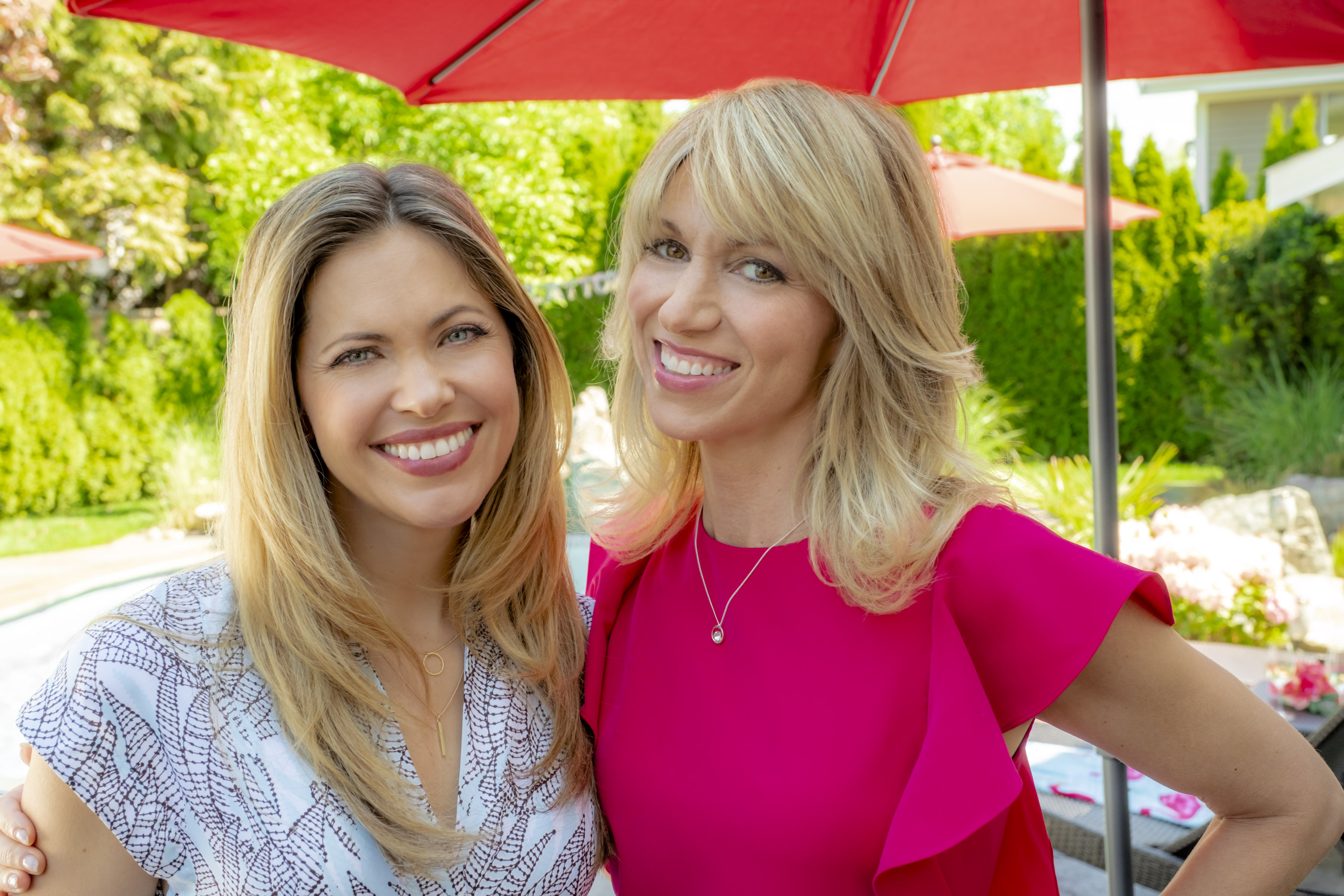 Hallmark Channel continues its sequel run Saturday night withÂ Wedding of Dreams, a companion/follow-up to 2016’sÂ Summer of Dreams, which finds that film’s central couple, Debbie (Debbie Gibson) and Noah (Robert Gant), moving toward marriage just as her pop singing career gets a surprise boost. When Calls the Heart‘s Pascale Hutton plays Taylor’s sister, Denise, who intervenes to help shepherd them to the altar. I chatted with Hutton this week to talk about the movie and the upcoming season of When Calls the Heart.

While Hutton was instrumental in developing her summer sequel, Perfect Bride: Wedding Bells, with co-star Kavan Smith, Wedding of Dreams was a surprise project that she was happy to jump into before filming resumed on When Calls the Heart. “I found out out about it after the wheels were in motion already. Hallmark contacted me and said they wanted my character to come back. They had worked out where all of these characters were from the previous movie and then we were [off and running].”

“[The Perfect Bride: Wedding Bells] happened very fast but] this was a solid two years [between films]. Everything fell into place really well and it was really comfortable. I really, really love Lauren McNamara, who plays my character’s daughter. Anything I got to play with her [was great]. She was so funny and silly. I loved any scenes that we got to do as a family.”

Hutton enjoyed the positivity of her character, and her character’s husband, who push the central couple to overcome their hurdles, and she acknowledged the fun casting kismet of Lane Edwards, who’s played her husband in both films, playing the fiance who abandoned her at the altar in The Perfect Bride: Wedding Bells.

“There were many debates about whether we could cast him in The Perfect Bride 2. Lane came in and auditioned for it and his audition was outstanding and he was our first choice. We debated about doing both in close proximity,” she says. “We decided to give the audience the benefit of the doubt.”

“I definitely think what was so obvious to our characters was the positive impact [Noah] had on Debbie. We wanted it to work out because we wanted that healthier, more stable, supportive life for her because she seems so much happier living in that world.”

Hutton is currently shooting When Calls the Heart and says there’s a sense of renewal as they’ve all returned to work in a post-Jack world. “We’ve got these two new characters this season [played by] Kevin McGarry and Chris McNally. I think people will be pleasantly surprised with how fresh the show feels. It feels revitalized and has a lightness to it,” she shares. “The characters are fun and we get back to that core that has always driven the show, the community coming together in good times and bad times, and we’ve done that in a really positive way.”

Since the production schedule moved up this year, the Christmas film will actually shoot last instead of first, and Hutton welcomed the swap. “We’ve learned from the past. We’re halfway through the season already. We’re going to shoot the whole season and then shoot the Christmas episode, so we’ll be dressed for winter in October, which makes so much more sense. It’s still mighty hot with all those layers in the summer, but at least we weren’t wearing coats,” she explains.

Once When Calls the Heart wraps, Hutton will take a well-deserved break, but she already has her eye on her next project, a romantic comedy with her partner in crime Smith that will slot into next summer’s Hallmark Channel destination movies if all goes to plan. “When you find someone you want to work with, you keep the ball rolling. We did sit down with the key players who helped bring The Perfect Bride to fruition. We talked loosely about doing a third [film] and I think what we settled on was not to do that because Nick and Molly’s story resolved itself and they’d found their happily ever after,” she says.

“We did come up with a new idea for a destination movie that plays into our chemistry and repartee and banter back and forth. [It’s about] two people that hate each other that end up loving each other but are frustrated with each other and all of those good things. We’re really excited about developing that. I think we would shoot it early 2019 and it would air next summer.”

Wedding of Dreams premieres Saturday at 9 pm/8c on Hallmark Channel. If you missed Summer of Dreams, you can catch it at 1 pm/12 c earlier in the day on Saturday. Here’s a sneak peek of the new movie.