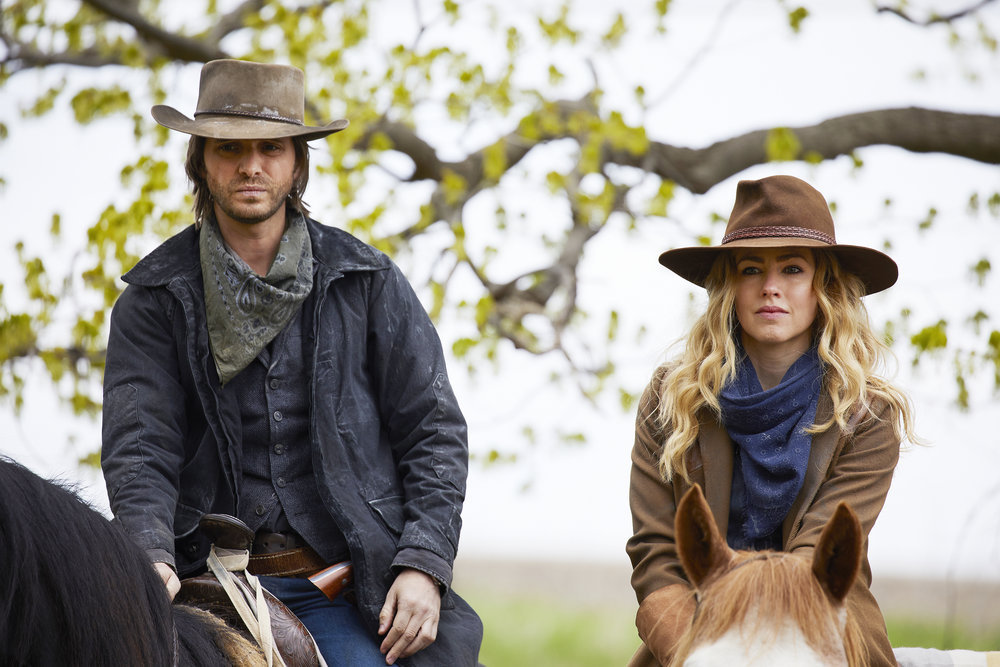 The final season of 12 Monkeys rolls on Friday night with an extremely strong trifecta of episodes that are a combination of wish fulfillment, love and life vs. the larger goal, and the ultimate and often-quoted response to “what if you could travel back in time?” Once again, no big spoilers here, just a little tease to get you primed (hee!). Most importantly, these episodes have moments that are wickedly funny again.

The team heads to the Wild West and are met by a series of reunions and surprises that have ramifications in their current timeline, and Jennifer faces a significant challenge as a Primary. Stellar work (shocking, I know) from Barbara Sukowa and one of my absolute favorite Canadians.

Cassie and Cole stop the world long enough to reconnect and then head to the 60s to investigate an Army sighting at a crime scene. It’s another fun reunion of the familiar, and Cassie is tasked with a series of “if, then…” resets to keep the mission on track.

This one is a mission for All. The Books. as the crew drop in on the Reich during World War II. The episode is equal parts wackadoodle, torture porny, and suspense with a wonderful coda about the family you choose. And Emily Hampshire gets to best her call to arms table top meltdown from Season 1.

12 Monkeys airs this Friday from 8 pm/7c to 11 pm/10c. Here’s a sneak peek. Click here for details on how the season will roll out. If you need to catch up, all three seasons so far are now on Hulu. And it was just announced yesterday that Seasons 3 and 4 will hit Blu-ray in August.