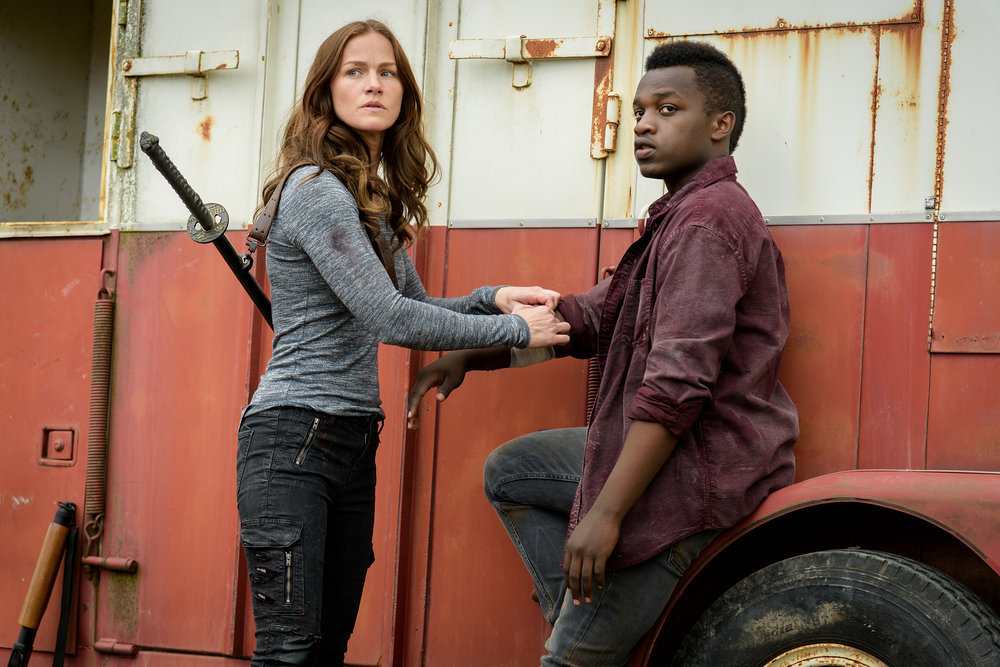 And then there were two. Two survivors in Vanessa and Mohamad and only two episodes left in Van Helsing‘s freshman season.

Friday’s episode finds the duo bonding and on the run while things start to spiral for Dmitri and Julius over on the vampire side of the house. It’s not long before all roads converge, with a very surprising result.

Sam’sÂ still around,Â tracking his former friends, making alliances, and tapping into senses that escaped him when he was human. We also see Vincent Gale, Ryan Robbins, and Terry Chen again.

If you thought we’dÂ gone all in on the gore, well, you (and I) would be wrong, as we meet a particularly gruesome worker bee for the vampires.

“He’s Coming”Â takes the brakes off and runs full steam ahead toward the finale.

Van Helsing airs Fridays at 10/9c on Syfy. Here’s a sneak peek. As of right now, there is no marathon scheduled ahead of the season finale, but you can catch all ofÂ the episodes online at syfy.com.