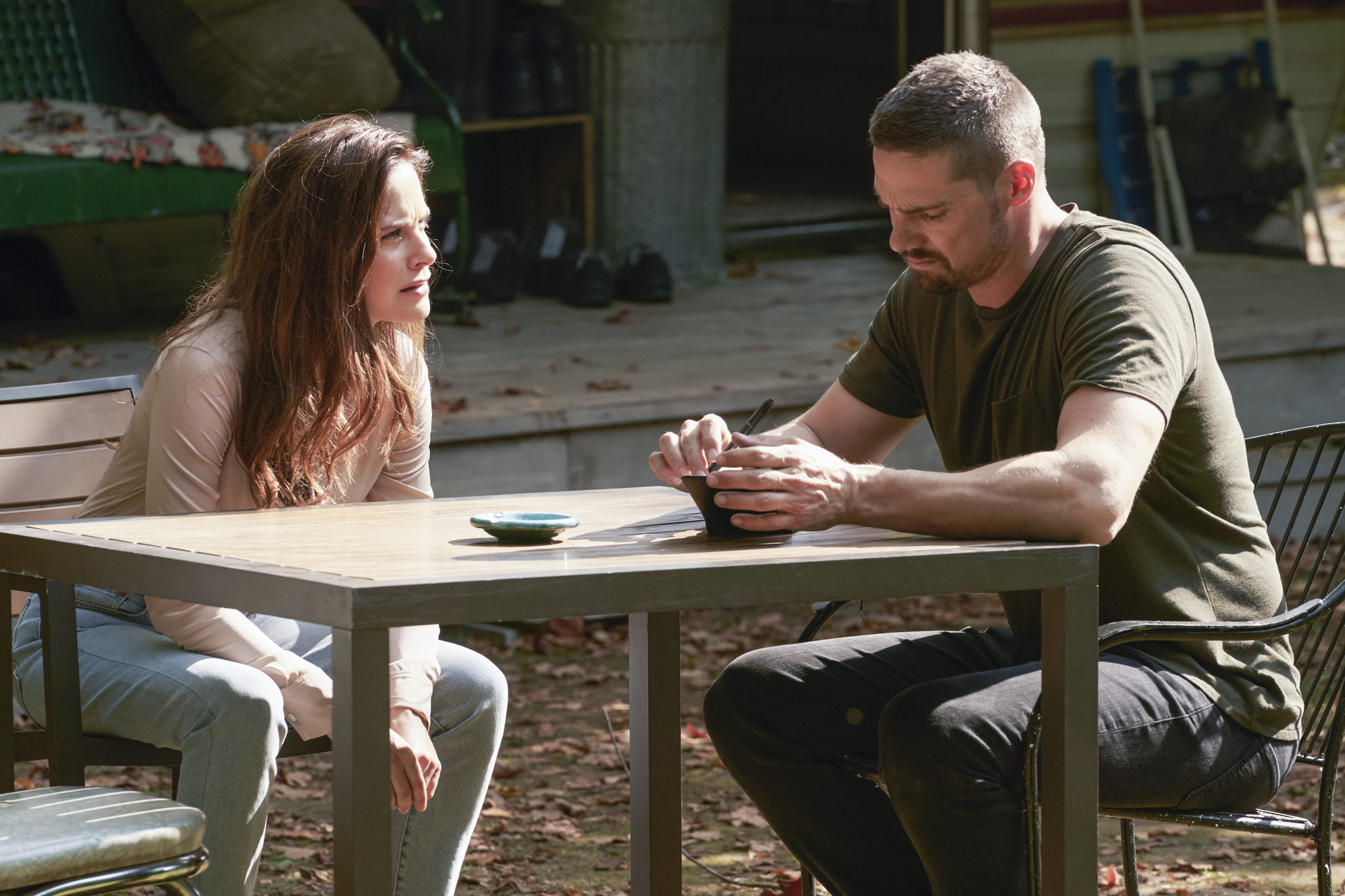 This week on Mary Kills People, Mary and Des deal with the fallout of killing Travis.

For Mary, that means trying to resume her day job. She visits with Brendan and he reminds her why she does what she does, and that bleedthrough of career and side hustle continues when Annie drops some startling intel on her.

For Des, that means worrying that he finally earned that prison sentence. He doesn’t get to wallow long, as young Joshua (Salvation‘s André Dae Kim) resurfaces, giving Des an opportunity to give him a really good day

Mary circles back to Ben after Nicole suggests she might take a second look at that relationship since it’s her choice to perform euthanasia that’s the complication.

Ben tries to balance his anger at Mary with his innate desire to always protect her, something that’s tested when he learns his boss (Killjoys‘ Karen LeBlanc) took some initiative after Mary resurfaced. He also finally meets Olivia, who’s pretty chill about her missing husband.

Nicole takes on babysitting/public service duty as Jess and Naomi work off their party punishment. Jess is still exasperated, and it goes beyond Naomi and Heather. She confides in Nicole her concerns about her Mom, and Nicole sheds a little light without tipping her hand too much.

It’s an episode that reminds us how fast things are moving, with only two episodes left this season. I don’t completely buy everything it’s selling–i.e. I don’t think Jess would be so laser-focused on what her Mom is doing. As presented to us, Mary’s an aloof parent, but not neglectful, so Jess’s anger at her because she essentially has a (felonious) personal life outside her family seems misplaced. I can get past that, though.

I do like that we keep coming back to Des and Mary as a united front. The “Ride or Die” of the episode title is definitely what they are. Norma Bailey directs a script by Morwyn Brebner–the same pairing for last week’s “Twin Flames.”