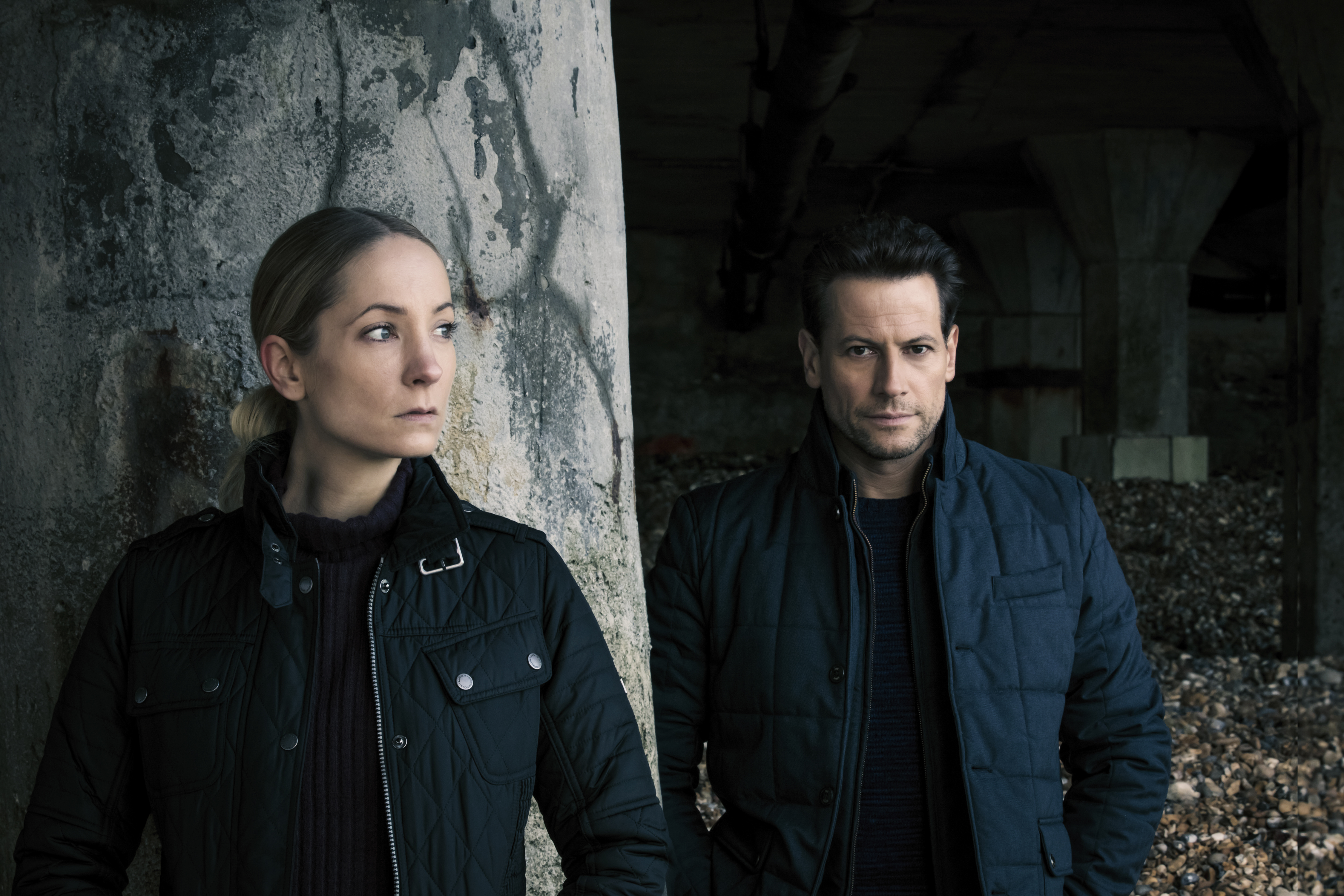 What if both the main characters in your story are unreliable narrators?

Joanne Froggatt‘s Laura Nielson is a bright and dedicated teacher. Ioan Gruffudd‘s Andrew Earlham is a renowned surgeon whose son is a student at Laura’s school. After they go on a date, a series of volatile accusations capsize their lives. Which version of “the truth” should be believed? Both Laura and Andrew have secrets in their past. Both Laura and Andrew could be lying. So how do we get to the truth?

I attended the inaugural Tribeca TV Festival over the weekend and Liar was one of the shows I sampled. I’d been hearing good things, but I’m not sure anything could have prepared me for watching the first episode. I don’t want to give too much away, but if you don’t know anything about this limited series, be warned that it’s a thriller and at the heart of the story is a sexual assault.

After we watched the premiere, series star Joanne FroggattÂ and series creators Jack and Harry Williams gave us some insight into the show. Below, Joanne shares her thoughts on the rape storyline, how this differs from her role of Anna on Downton Abbey and what made her want to play this role.

On if Joanna was worried about creating a thriller around such a serious subject matter and if there would be backlash:

Joanne Froggatt: “Iâ€™ve been involved in a storyline about sexual assault before. I read the script and thought Jack and Harry [Williams] had approached this from such an original standpoint and a really important one.

Also, I did go through that thought process and said to myself, â€˜How do a I feel about doing a thriller based around this subject matter?â€™ and I thought every thriller is based around a horrificÂ crime or a horrific subject matter, so why does this particular one on sexual assault or rape or date rape still feel taboo and isnâ€™t that a reason we should be breaking down that taboo?

On this storyline versus the Anna’s rape storyline on Downton Abbey:

Joanne: “What interests me so much about Laura is for our story we don’t know whoâ€™s lying and whoâ€™s telling the truth for half of the season. But however our story turns out, Laura is determined. Sheâ€™s strong. She is so strong-minded. She will not be driven from her path.

The two characters [Laura vs. Downton’s Anna] are so polar opposite in every way and the circumstances are opposite. There wasnâ€™t a lot to correlate between them other than the subject matter.”

On wanting to play Laura:

Joanne: “Exactly that, really. For me it comes down to the script ultimately, and I read the first episode. Jack and Harryâ€™s script was just so thought-provoking. It is a piece of entertainment with an intelligence behind it and that raised questions with me.

Weâ€™re not saving lives, but to have something that is so thought-provoking and still be a piece of entertainment, that really interested me. And as I said, it felt like such a taboo subject. I thought, â€˜Isnâ€™t that part of the problem?â€™ Why is it still such a taboo subject? Thatâ€™s a reason to open that conversation and start to hopefully break down that taboo in some way.”

Also, make sure you pay attention to the flashbacks because those tell the truth of what happened that night.

Want a little taste of the series before you watch the premiere? Check out these clips.

Bull Loses His Polish in Season Premiere "School For Scandal"

Killjoys Preview: “A Glitch in the System”