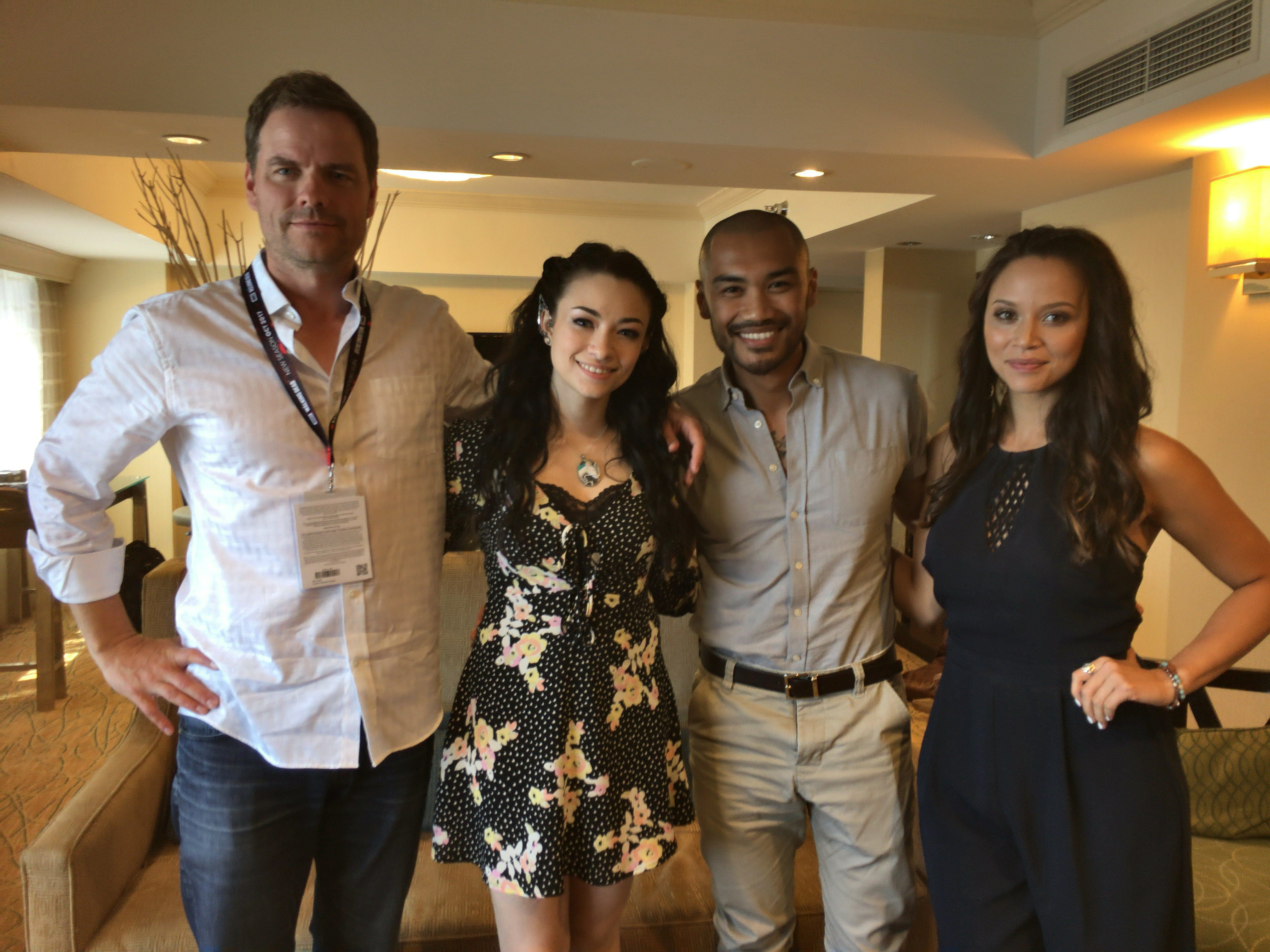 Syfy’s Dark Matter continues to pack punch after punch with each episode of this third season.

Last week finally delivered the Ryo versus the Raza crew confrontation we’ve all been wanting and needing in our lives. He (well his clone) infiltrated his old ship in order to snag the damaged blink drive and cause some damage to his former friends. The way he did this was by hacking Android. Thankfully, Five has her s–t together and she saved the day leaving Ryo tasting defeat. On top of that, she completely destroyed the psychic being Ishida used to temporarily get the upper hand. She left him trapped inside his own mind, a nightmare for the guy, and she didn’t even exude any guilt over doing this which was awesome.

Everyone who watches Dark Matter knows it’s imperative to watch to the very end of the hour. At the end of “Hot Chocolate,” Android and Five were working on the blink drive when some sort of pulse knocked everyone out. That’s where tonight’s “Isn’t that a Paradox?” picks up. And, yes, this is the episode where the crew somehow travels to earth.

We’re not going to tease much about the episode. It needs to be seen to be believed and enjoyed. What we do have this week are interviews with the cast we did while at this year’s Comic-Con. The clips feature the cast talking about their characters in season three, that epic fight sequence between Two and Four in “Hot Chocolate” and Jodelle Ferland teases a little bit about tonight’s episode.

Plus Anthony Lemke, Ferland, Alex Mallari Jr. and Melissa O’Neil answer the question: Who’s the Bigger Bad? Ferrous Corp or Ryo? And you know what? They let us know that there’s a third option.

Finally, we may or may not have brought up a beef we have with Ryo this season. Love how Mallari Jr. answered our question.

Make sure to watch Dark Matter Fridays at 9/8c on Syfy. There’s been no word on a season four renewal yet so everybody, we need to make some noise in support of the Raza Crew.

TV Goodness Reports: UP Television Starts Production on The Ties That Bind