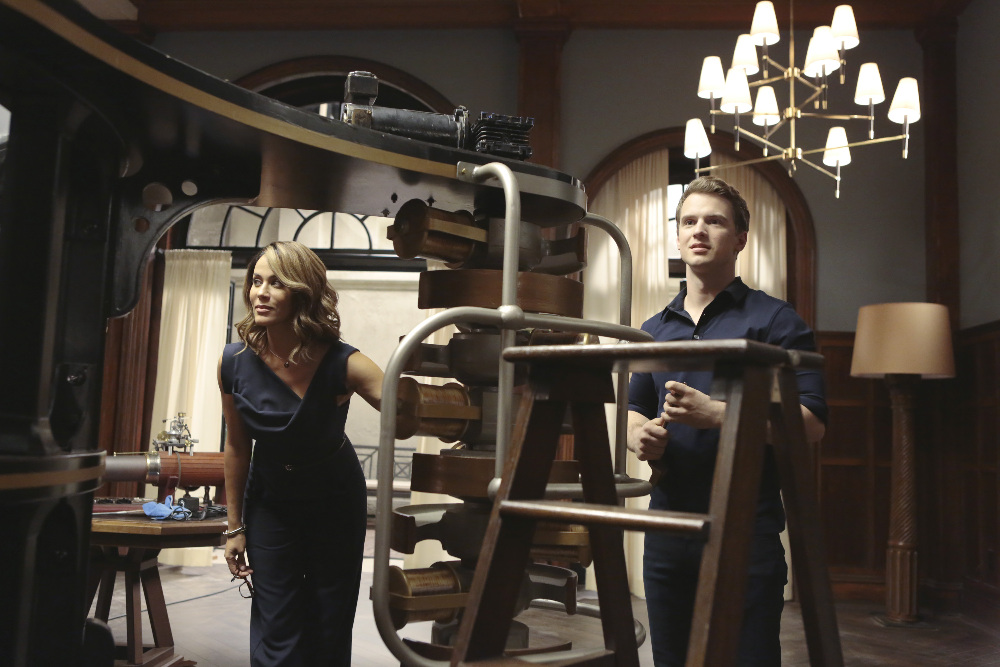 Sure he’s hunting his frienemy (more enemy these days) John Stevenson/Jack the Ripper in (our present-day) New York City. But he has something more. He has family in the form of the mysterious and extremely wealthy Vanessa Anders, played by Soul Food‘s Nicole Ari Parker.

It’s this familial connection that exists between H.G. and Vanessa that appealed to Parker when she accepted the role. “I love that ABC cast me as the great, great, great, great granddaughter and commenting on the possibilities of where families can go,” sheÂ said in a recent phone interview. “But beyond that, I think that the connection is just a human one, a longing for family, a longing for putting the pieces together, where you come from, where you’re going.”

Expect the relationshipÂ between Vanessa and H.G. to develop slowly over the course of season one. “I think she’s a stranger, first of all,” ParkerÂ explained. “And I think that she has to earn his trust and likewise and I think they become full allies and then when the stakes go to the next level, they’re still careful but the strength of their bond becomes a necessity.”

Speaking of earning trust, in Sunday night’s episode, Vanessa will have to deal with her curious politicianÂ boyfriend, Griffin Monroe. In this sneak peek, he’s asking questions Vanessa understandably is reluctant to answer.

“The circumstances are just so crazy,” Parker said. “You can’t just casually say, oh by the way, the man that you just met is from 200 years ago and his time machine is in my ballroom on the east wing of the house. I think that she loves Griffin and they’re very close and so she’s going to have to tell him what’s going on.”

Keep an eye on these two, however. According to Parker, there’s definitely more to the story. “There’s a lot in that relationship that we don’t know yet. Who you think is bad is not. And who you think is good, is not. That’s what’s so great about this writing is there’s a lot of double double-crossing.”

Interesting. The third episode of Time after Time called “Out of Time” airs Sunday, Mar. 12 at 9/8c on ABC.