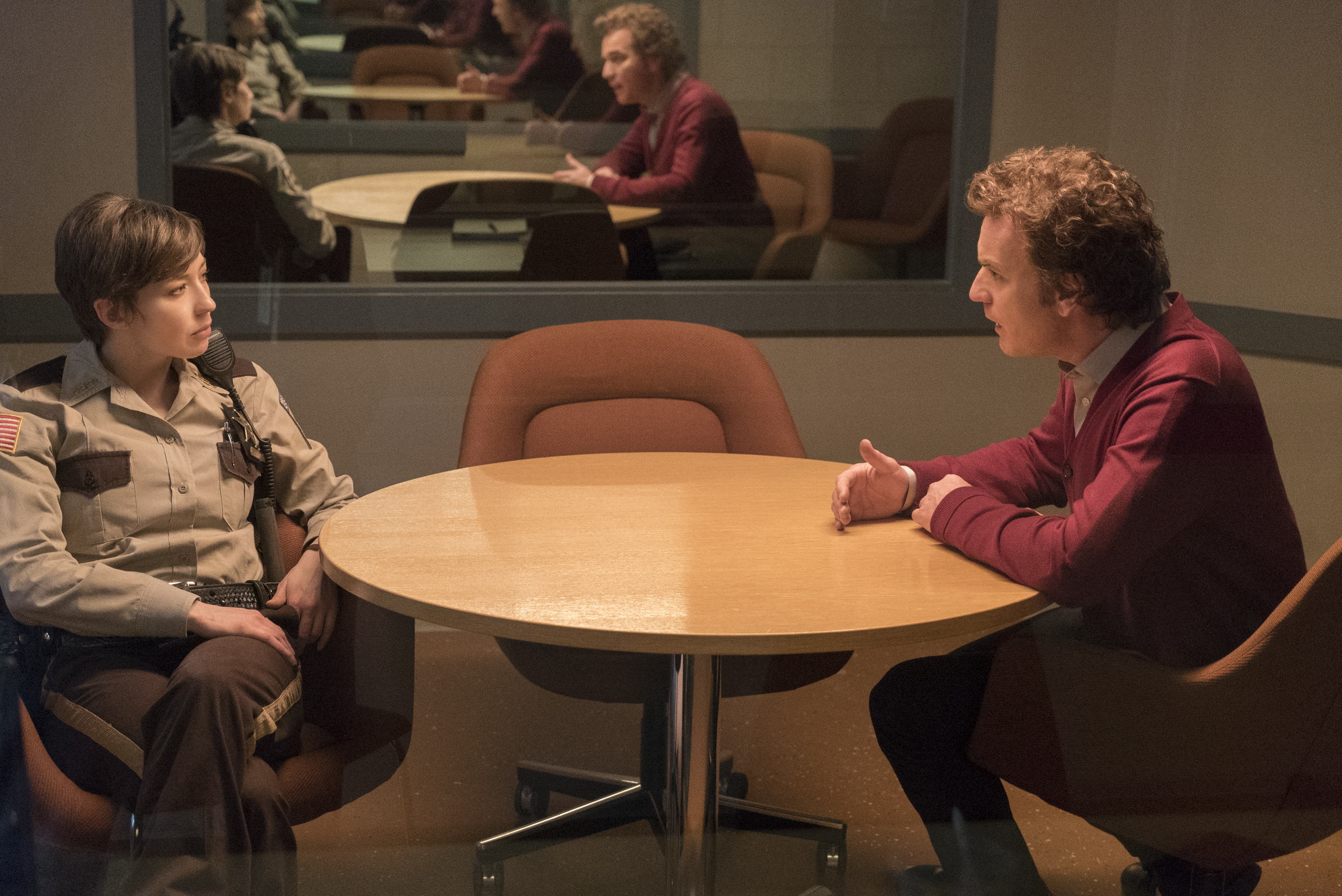 This week’s episode of Fargo, “Aporia,”Â is the penultimate of the third season, and it sticks with the time jump to March, 2011.

In it, we find Emmit delivering the saddest confession ever, in a series of quiet, heartfelt scenes that showcase Ewan McGregor and Carrie Coon. ThatÂ melancholy then spills over to Gloria,Â which begetsÂ a sweet response from Winnie.

Varga and his remaining henchman may have finally metÂ their match whenÂ Varga’sÂ laser-focused dedication to hisÂ ownÂ plan allows him to be blindsided by someone else’s.

And because I couldn’t tip too much last week, let me saw now that Mary Elizabeth Winstead is just such a badass as Nikki. I love that she got to play this role.

Here’s a sneak peek of tomorrow’s episode and an inside look at the connections between the series and the Coen Brothers ouvre. Fargo airs at 10/9c Wednesdays on FX.

Moving Pictures: A Finale Preview of The Big Bang Theory, Bones, The Office, The Mentalist & Supernatural