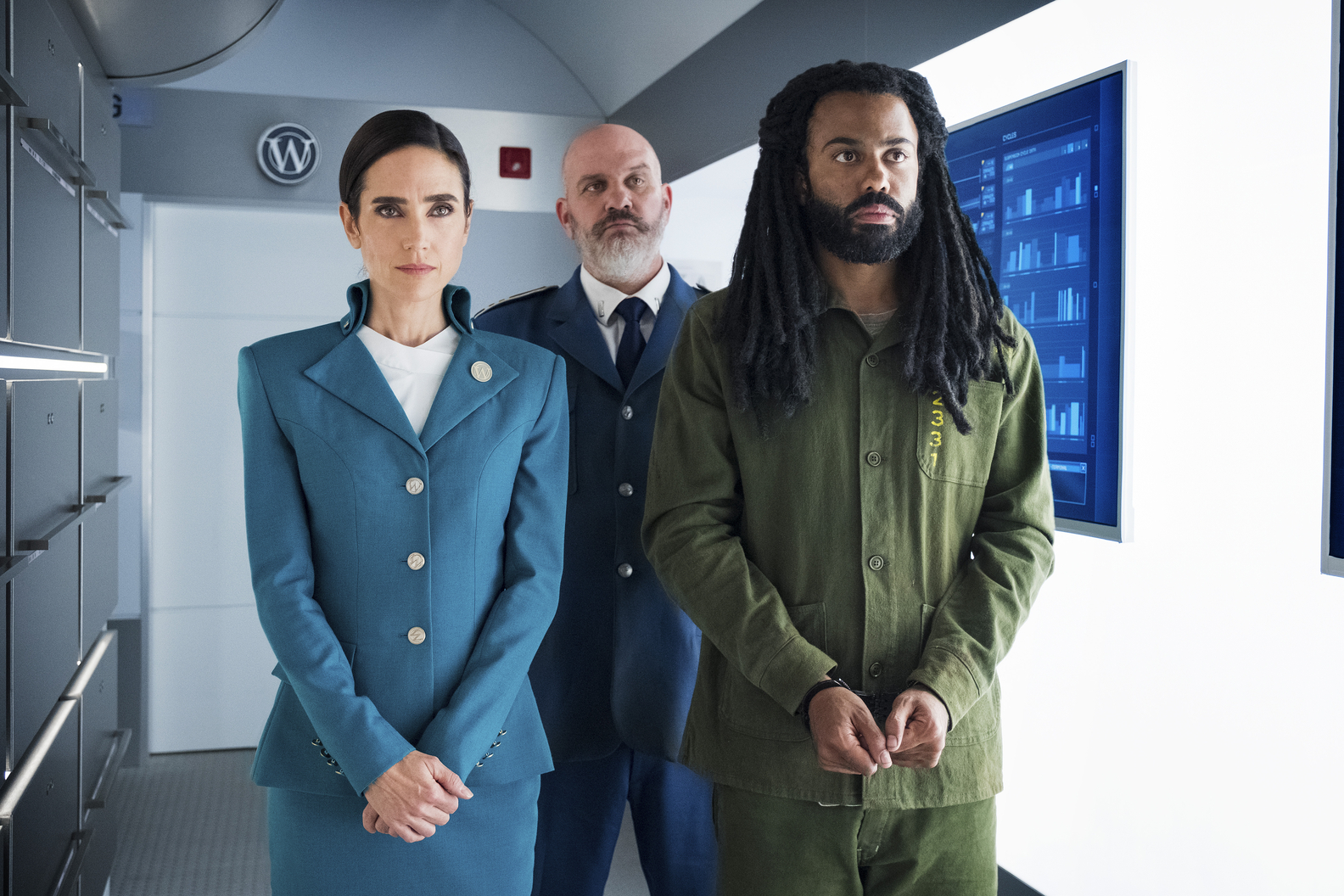 A post-apocalyptic drama might seem a little on-the-nose at present, but TNT’s Snowpiercer, premiering Sunday night at 9 pm/8c, has been in the hopper for a while, so you’ll forgive the timing. Or not. YMMV. Based on the 2013 Chris Evans film, which was directed by the 2020 awards circuit darling Bong Joon Ho, and the graphic novel that begat the movie, the series sets up with the same basic structure and then throws in a new element of a murder investigation.

The residents of that last car are the non-ticketed passengers who made a break to get onto the train as it was leaving (similar to that scene in 2012) in a desperate effort to save themselves from freezing to death. Seven years into the voyage with no terminus–the train simply circumnavigates the globe on an endless loop and never stops–the “tailies” exist as a fractious, filthy, borderline-starving family.

Their de facto leader is Andre Layton (Daveed Diggs), a former homicide detective who’s planning a coup of sorts if they can just get past the guards who bring them their rapidly-decreasing rations. The when and where and how of fighting back leads to internal dissension that’s only amplified when Layton is pulled from the car–something that never bodes well.

Solicited by the head of hospitality, Melanie Cavill (Jennifer Connelly) to assist in solving a murder in one of the forward cabins, he’s forced to weigh his planned rebellion against a chance to move freely on the train, and among its carefully-balanced (and teetering) caste system. When a tragedy befalls the tail inhabitants, he has the chance to leverage Melanie’s need of his services to serve his own desire to help his family at the back of the train.

Orphan Black co-showrunner Graeme Manson is the showrunner of the Vancouver-filmed series. Diggs and Connelly lead an extended ensemble cast of recognizable Canadians who’ve populated some of your favorite sci-fi and Hallmark projects.

I appreciated the murder mystery tangent to the proceedings since, if memory serves, the movie hinges on getting to the front of the train, through the juggernaut of that same system of have a lots vs. have nothing, but that’s not necessarily a hook for an episodic series. Introducing a procedural arc alongside the mystery (replicated from the film in concept only) of who the venerable, unseen Mr. Wiliford, owner of the train, actually is, were smart moves.

Diggs and Connelly are very good playing opposite ends of the train’s spectrum. Layton’s defiance turns to resignation and acquiescence when he realizes how the barter system on board the train can benefit his people. This is Connelly’s first series role in two decades, and it’s a treat to have her. In the pilot, we get glimpses of Melanie’s many facets, which remind us why Connelly has an Oscar to her name.

Snowpiercer premieres Sunday night at 9 pm/8c on TNT Drama. The first season is ten episodes, and it’s already been renewed for a second, which had almost completed filming before production shut down this spring for the pandemic. Here are a couple of sneak peeks.

Photos and Video Courtesy of TNT.

Harold Perrineau Talks From + A Preview of “Into the Woods”