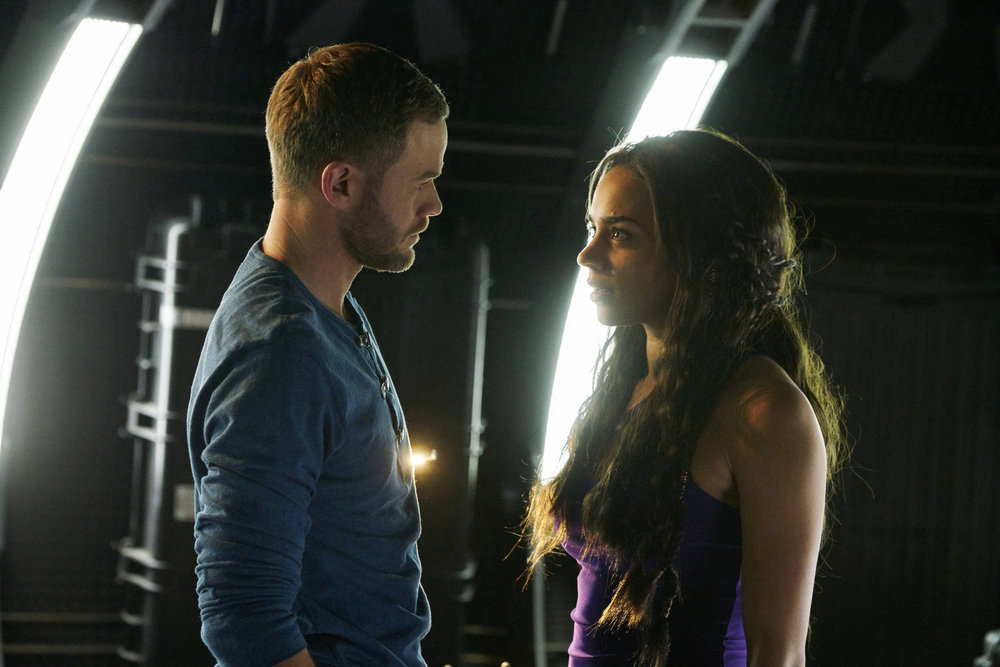 This week’s Killjoys gets down to family business as Johnny escorts Pawter home for one mission and gets sucked into another, D’avinÂ visits Jaqobis senior courtesy of Khlyen, and a mishap makes Dutch have toÂ face Khlyen.

That essentiallyÂ gives usÂ a three-track episode with our leads split up, but it somehow works outÂ in way whereÂ they don’t feel terribly far apart. That’ll make sense when you see it. No spoilers here, except to say that we’re setting up a dynamic and alliances that I’m guessing we’ll see play out in the back half of the season–we’re already up to five of the ten.

Killjoys airs at 9/8c Fridays on Syfy. Showrunner Michelle Lovretta is back on Twitter this week, so expect a flurry of cast and crew commentary during the East Coast feed. Here are a couple of sneak peeks of “Meet the Parents.”